5 best TV shows about work that everyone can relate to 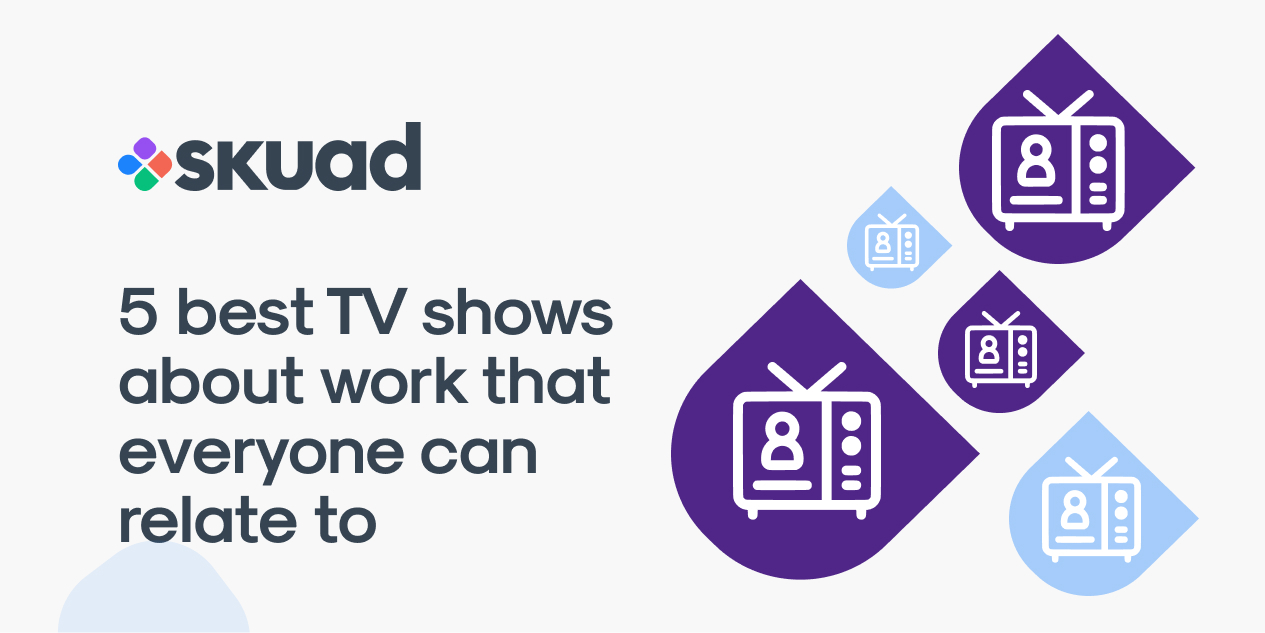 Even though many of us aren't going into the office these days, we can still relate to the zany antics, off-the-wall humor, and gripping drama in the best work shows currently streaming. Whether you're procrastinating getting your job done or just relaxing at the end of the day, here are five of the best TV shows about work that you can enjoy from your "cubicle" on the sofa.

Amanda Seyfried shines in this dramatic limited-series event about the rise and fall of Silicon Valley darling Elizabeth Holmes. You'll be captivated by the first episode as you follow the meteoric career of the Theranos CEO. Holmes claimed to revolutionize the blood drawing process. A who's who of investors poured over $700 million into her startup until they discovered she was a scam artist.

The beautiful, young Holmes captured the country's attention with her simple style of solid-black turtlenecks and upswept hair. Forbes magazine named her the world's youngest self-made billionaire, with a net worth of 4.5 billion at the age of 30. Things started to unravel for Holmes in 2015 when the Wall Street Journal reported that Theranos was using machines manufactured by other companies.

In her sensational trial, Holmes's psychological issues are revealed in a series of notes she wrote to herself describing a punishing self-improvement plan that started with, "Rise at 4:00 a.m." Seyfried does an excellent job illustrating the pressure put on Holmes by herself and others. You can't help but feel empathy for Holmes through Seyfried's portrayal, even as you recoil at the depth of her fraud.

From when she was a baby-faced 21-year-old, Holmes's had tech moguls, the media, and anyone who followed the news eating out of her hand. There's a profound and important lesson in Holmes's epic rise and fall — some literary theme about hubris and comeuppance — but after a long day of work, it's also just enthralling television.

If you're looking for a little lighter fare, Parks and Recreation is a laugh-out-loud show that will make your office politics seem like a cakewalk. The cast, led by Amy Poehler as the energetic Leslie Knope, has to deal with the hijinks of the Parks and Recreation department in Pawnee, Indiana. Leslie Knope brings her unrelenting positivity to a small town government office filled with eccentric and corrupt bureaucrats.

The mockumentary style of this political satire created many iconic moments that worked their way into popular culture, including

The cast of Parks and Recreation is filled with comedic geniuses. Their side-splitting portrayals were nominated for 14 Emmy Awards during their nine-season run. Although it's been seven years since the show ended, it remains one of the most binge-able workplace TV shows. Parks and Recreation achieved what few shows do with their series finale. Instead of being left hanging with a suddenly canceled show, its creators neatly wrapped everything up by following the crew for one last job and then showing us where they ended up in the future. You can catch all nine seasons on Peacock TV.

Abbott Elementary may just get you into the retro habit of setting your alarm so you can watch it each week in real-time on network TV like a neanderthal. Although you can stream the first season and a few of the early episodes of the second season on Hulu, the only way to watch it after that is one slow weekly drip at a time. It's worth it, though. This show, another mockumentary, revolves around an underfunded public school in Philadelphia. The cast is a dedicated crew of passionate, devoted teachers and a shallow, tone-deaf principal who got her job by blackmailing the superintendent. However, in the end, even the principal, played by Janelle James, proves her devotion to the students.

Quinta Bronson steals our hearts as the lovable, dedicated. Janine Teagues, a second-grade teacher, is determined to help her students succeed. She and history teacher Jacob Hill, played by Chris Perfetti, are the only two recruits who survived their first year. The more senior teachers provide guidance and the occasional eye roll.

While Abbott Elementary is hysterical and entertaining, it also uses satire to deliver hard-hitting commentary on the current state of public education in the US. The staff battles maintenance issues with a building needing repair, fundraising for basic classroom supplies, and an inadequate lunchroom menu. Their struggles reflect the true life issues facing educators daily. Through it all, the teachers maintain good cheer and put the well-being of their students first. You can catch Abbott Elementary on ABC on Wednesdays or stream it on Hulu.

If you sometimes feel like achieving a work/life balance is impossible, Severance may be the show for you. Severance is a dystopian drama about a group of office workers who have had a procedure to divide their work and personal consciousnesses. After the procedure, employees are not able to access memories from home during work or memories of work when they're at home. Adam Scott plays Mark Scout, who undergoes the procedure so he can focus on work during the day without being distracted by the painful memories of his wife's death.

The set design of this unique show functions almost like a character, bringing an eerie minimalist design to the characters' oddly mundane work of removing "risky" numbers from their computer screens. The creepy retro set, filled with never explored hallways, leaves you with an unsettling feeling and unanswered questions about this supposedly futuristic company.

Things start to unravel when Helly, played by Britt Lower, struggles against her role as a perfect corporate drone. She's ready to resign and get her life back. As Mark becomes more intrigued with the idea, they realize that "work/life balance" might not be all it's cracked up to be. Severance is a snarky commentary on the "authentic" corporate culture. You can learn more about the mysteries of the Lumon Corporation by streaming Severance on Apple TV+.

Younger is a show about Liza Miller, played by Sutton Foster, a 40-year-old divorced mom who pretends to be in her 20s to land her dream job in publishing. Liza has problems finding a job, so when a younger man mistakes her for being 26, she jumps on it and decides to reinvent her life. The seventh and final season of Younger aired in 2021, so you can stream the entire series on Hulu.

Younger is escapist — set in a beautiful, Covid-free Manhattan, the series is all glamorous even as it portrays the real problems women face as they age in the workplace. As Liza has romantic entanglements with men from various age groups and struggles to hide her secret, she does so in a wardrobe that belies her junior status in publishing.

Throughout the show's seven years, Liza matures and evolves but never loses her lovable charm. By the end, the characters have grown up, taken risks, chased their professional ambitions, and built enduring friendships. If you enjoy the "middle-aged woman taking charge" genre, you'll love this lighthearted comedy that gives us a peek into the glitzy (and young) publishing world.

At Skuad, we appreciate office shows, but we realize the work landscape has changed. Thanks to technological advances, you can hire your dream team from anywhere in the world. With Skuad’s global employment and payroll platform, you can hire employees in over 160 countries across the globe.

We make hiring globally simple. Time and time again, we've heard how difficult it is to set up an entity and hire outside of your home country.

On the other hand, we know all of the benefits of hiring internationally. With a tech talent shortage gripping the world, you need to be able to expand your team wherever you find skilled developers. Hiring from overseas also gives you the advantage of hiring tech talent from countries with lower employment costs.

We eliminate the need for you to navigate the complex employment laws in foreign countries. With our platform, you can ensure full compliance, and your employees receive their entitlements and get paid accurately and on time. To know more about Skuad, book a demo today.