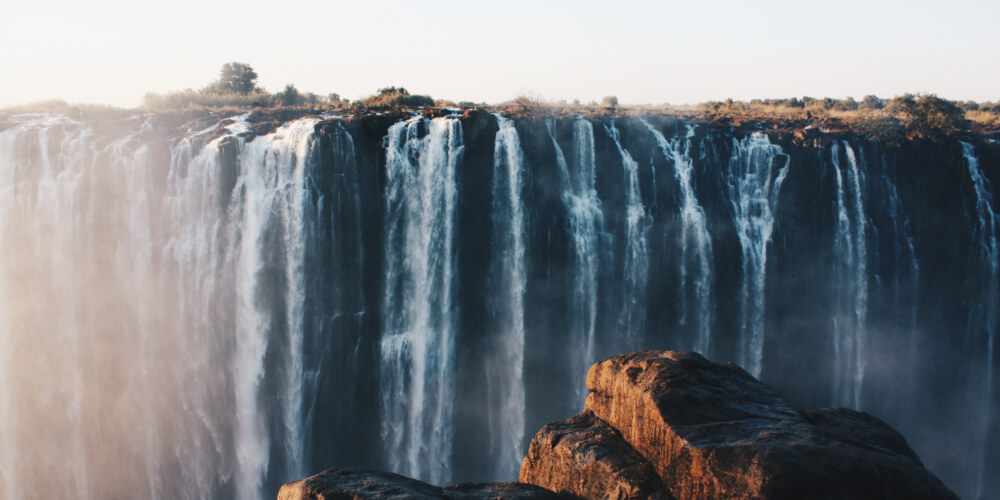 Aligning itself with the principle of the mixed economy since time immemorial, Zimbabwe continues to be the nucleus of political hurdles and minimum private freedom. Holding the position of a member of the COMESA and the SADC, Zimbabwe abides by the tradition of establishing tertiary industries for the all-inclusive improvement of the country’s standards. This deep-rooted facet has engendered a large segment of the country to be controlled by government policies. The latest economic report of the country highlights the draining progress on human capital development due to the COVID-19 pandemic. Inflation of negative coping strategies has hindered Zimbabwe’s financial growth and momentum. However, there is a significant ray of hope to elevate the socio-economic scenario once the constitutional constraints take a setback.

The economy of Zimbabwe has witnessed an average increase of 12% from 2009 to 2013, rendering it one of the fastest-growing economies in the world. There is a deficiency of highly payable jobs, but a large mass of the population has the potential to discover innovative areas of national and regional business. Thus, it is a challenging task to work and live in such a country that is in the process of slow-paced development.

The following table shows a glimpse of the statistics of importing goods across various categories:

The Postal and Telecommunications Regulatory Authority of Zimbabwe (POTRAZ) oversees ISP licensing. An average of USD 2–4 million is spent on licenses depending on the level of service the ISP wished to provide. Liquid Telecom, a subsidiary of Econet Wireless, is known to be the leading internet player in Zimbabwe. They hold the record of the largest local fiber network in the country and also operate the largest fiber network in Africa.

Cost of Living In Zimbabwe

The expenses of living in any place differ largely depending on the requirements and amenities a person wants. Zimbabwe is home to some of the cheapest living deals and rents across the globe.

Learn more about the exclusive offers of Skuad to reduce your hiring costs.

The salary and the allowances are decided based on the nature of work and the work location, whether it is in the city center or a town. Transport connectivity and experience also matters in salary payscale.

Fair work-life balance, working days between eight and ten hours, with a minimum wage of approximately USD 133 per month, is an example of typical job standards in Zimbabwe. Approximately a sales manager in Zimbabwe can expect a salary of USD 1,500 per month while teaching as a profession can make around USD 1,000. Experienced workers in the fields of hospitality and healthcare earn an income of about USD 1,000 per month. Other occupations primarily involve utilizing resources and demonstrating expertise in sectors such as metallurgical industries, tourism industries, healthcare, engineering, and education.

Book a demo with us

Hiring cost depends on the currency value, demographic location, qualification of the potential employees, local laws, and the nature of jobs one is trying to accomplish. Each job is different, so is the cost.

Zimbabwe has its own Ministry of Labor. The Labor Act of 1985 was amended in 2015. Violating the law is a punishable offense, and violation may lead to imprisonment. In the case of employability, some rules are specific to each company.

Four points of focus after the amendment in the 2015 act are as follows:

(d) section 12C for any under retrenchment

Other than this condition, employers cannot terminate an employee on notice.

The Laws are as follows:

Role of Skuad to Hire in Zimbabwe

Skuad enables organizations to build remote teams anywhere in the world. You can build your team in over 150+ countries. Our Global HR platform helps companies hire exceptional workers around the globe. With our skills, we optimize the requirements with optimal output.

International remote hiring is a tiresome process. Global payroll compliances, local employment laws, and taxations are quite challenging to manage.

To ease this situation, Skuad can help build the following:

Building remote teams are not easy, but with the help of our unified employment solution, Building and managing teams in Zimbabwe is simplified.