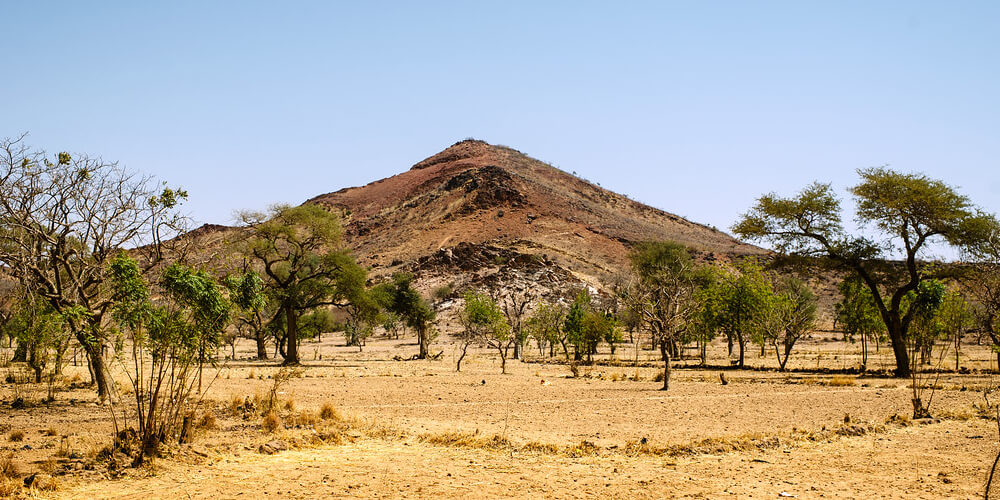 The Sahelian country of Burkina Faso in West Africa has limited natural resources and an overall low income. With a population of 18.3 million, the economy is Agriculture based. Burkina Faso is landlocked and shares borders with Mali, Benin, Niger, Ghana, Ivory Coast, and Togo. Although gold exports are increasing, its economy is largely based on farming, accounting for 80% of the workforce. Burkina Faso still faces several development challenges, especially in the areas of healthcare and education. According to the World Bank's measure of human capital, it currently ranks 144th out of 157 countries, with 40.1% of its population living below the national poverty line. Because of political turmoil and political instability, the country has faced a humanitarian and economic crisis.

Tapping into the political scenario governing Burkina Faso, the Sahel country in 2015 bid farewell to the authoritarian rule governed by Blaise Compaore. The transition ended almost a three-decade-long rule and welcomed a democratic process with elections held in November 2015. The new government recognizes the need for transition and development that embraces a new scientific temper and the overall outlook for justice and well-being. Improvements have been seen over the years. National and international collaborations have developed party platforms and monitored parties to make political parties more responsive. Improving the role of civil society organizations and resolving conflict has been the guiding torch for restoring peace and prosperity in the region. As a result of the newly established democratic setup and international agencies, the National Assembly is being given more legislative powers, oversight, and responsibility from the recent election.

In 2021, Burkina Faso ranked 124th in the Index of Economic Freedom for its economic freedom score of 56.5. Agricultural and livestock farming are the economic foundations for Burkina Faso. A gradual increase in the nominal gross domestic product (GDP) of Burkina Faso was reported. In 2017 GDP was US $12.6 billion, an increase of about 5.9% over 2016. The first half of 2020 saw an annual decline in real GDP of about 5% due to Covid 19 restrictions. In the third quarter, favourable terms of trade and the government's emergency plan implementation were responsible for the turnaround of 8%. An estimated 0.6% growth in real GDP was recorded for the year.

In 2021 and 2022, growth is forecast at 3.1% and 5%, respectively. As the economy recovers from uncertainty in 2021, services are expected to improve gradually, gold production is expected to remain high, and the agricultural sector is estimated to be stable.

Agriculture is Burkina Faso's most important industry. The data indicate that at least 80% of the population depends on subsistence farming in the country. In 2014, the average income purchasing power parity per capita for Burkina Faso was US $1,900, and the average nominal income was US $790. The revenue is generated through exports such as gold (4th largest producer in Africa), cotton, livestock, Sesame seeds. In the year 2017, the exports reached a high revenue point of US $3.305 billion. Burkina Faso's trade partners are Benin, Togo, Japan, Thailand. Production has been revolutionized with the use of modern technology, and it has become a cash crop since 2004. However, some of the population is employed in the service and industrial sectors, which are equally vital to the economy.

Cost of Living in Burkina Faso

Burkina Faso has many emerging cities developing with every passing day due to economic investment and political stability. Some of these cities are:

The table below shows the city-wise cost of living

Private companies, public institutions, and foreign aid, generating jobs in a democratic and liberal environment, have been crucial to the rapid expansion of Burkina Faso's service sector. The demand for qualified professionals is constantly expanding in banking, finance, software engineering, tourism, and marketing. Online job websites list vacancies and skills required by each industry, such as IT, Education, Engineers, Software, IT professionals, Marketing, Communications, etc.

Major skills and areas which have witnessed a recent growth rate are:

An employer's hiring costs include all the expenses incurred from start to finish to hire an employee, such as:

The table below highlights the average salaries that are offered to employees in Burkina Faso according to different sectors:

The Labour Act of 2008 governs the labour and employment laws in Burkina Faso. It gives the authority to the employer to issue direction and regulations regarding work and remuneration. Civil servants, magistrates, the army etc., are excluded from the Labour Act. The labour law sets different wages for agricultural and non-agricultural workers. In 2010 a decree guaranteed minimum wages for different government departments. Wages are also set according to the collective agreement that the rates are not lower than the minimum wage set by the government. Working conditions, pay cycle, social security, associations etc., are all guided by the Labour Act.

How Can Skuad Help You with Hiring in Burkina Faso?

For expanding your business activities in Burkina Faso, your primary focus should not be on conducting hiring processes but on strategizing for the growth path. This will allow you to channelize your energies in more productive avenues. Experienced consultants at Skuad can manage your entire hiring process to offer you considerable time and money savings. Connect with Skuad Experts to know more.