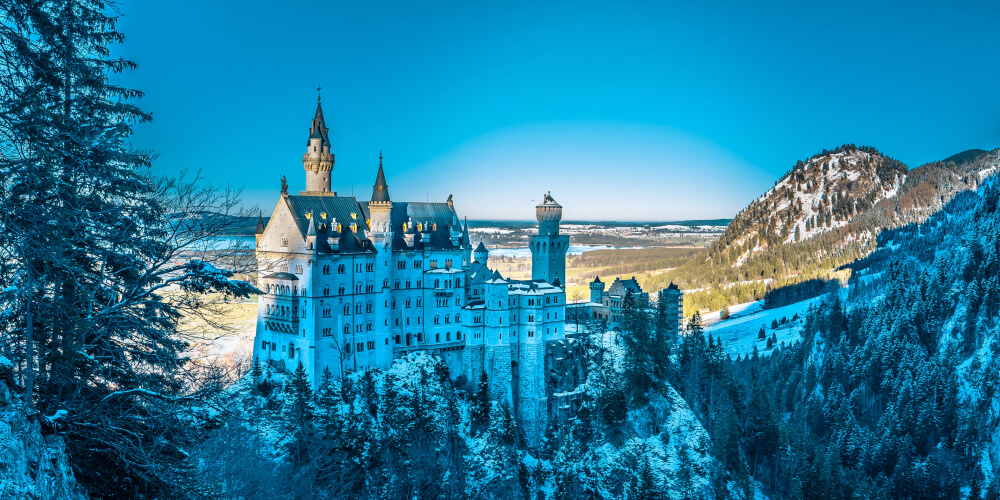 Germany is one of the most scientifically advanced countries and home to several prominent corporations. The country's overall population is 83 million, but the country astonishingly has a less than 5% unemployment rate with an overall GDP of $4.31 trillion. It also happens to be the biggest trade partner of the United States. With the implementation of great strategies and protocols, the country was impressively able to combat the COVID-19 pandemic.

With increasing advancements in technology, Germany has become a preferred choice for qualified professionals seeking employment in various sectors. Germany is also known for its intriguing and rich history, breathtaking landscapes, and multicultural society, a big draw for expats worldwide. There are many opportunities available here, and the authorities are willingly opening doors for talented people seeking to progress their careers in Germany.

Germany is one of the most developed countries in the world. In Europe, it is considered to have the largest economy and ranks 5th globally in terms of its GDP. The service sector dominates the country and contributes 70% to the economy and is followed by automotive, chemical, mechanical and electrical sectors that contribute 23.4% to the economy and employ more than 6.2 million people. After this, agriculture, forestry, and fishery contribute 6% to the country's GDP.

Germany is a leading country in industrial development and has an overall GDP of US $4.3 trillion (2019). Despite strong restrictions on the country's activities due to the COVID-19 outbreak, it has retained its overall reputation as a global economic powerhouse. The GDP growth rate for the year 2020 has been pegged at 4.7%, and with the stabilization of the pandemic situation, this number will increase in the years to come. The country has also witnessed an overall drop in the unemployment rate over the years.

Germany happens to have the largest consumer market and largest trading partner with the United States in the European Union. Despite the global impact of the COVID-19 pandemic, the country's progress has not been halted. It has also witnessed an overall drop of 10.1% in its GDP compared to the previous year, while the unemployment rate is only 4.5%, according to 2020 reports. Finance, research, health services, and automobiles are the most prominent sectors in the country.

A Brief Glimpses of the Industries

Cost of Living in Germany

Compared to the other European companies, Germany is comparatively cheap and holds 15th rank in living costs. Even though the country is slightly heavily populated, living standards are extremely good, and the cost of living may vary with the city and desired lifestyle. But the most affordable places to live in are Bielefeld and Passau. The average monthly expenditure recorded in Germany is mentioned below: -

Depending upon the location and amenities, the cost of renting varies slightly. The average cost in Germany for shared accommodation is between $357.49 to $953.32. For a single-bedroom apartment, the rent is somewhere around $834.15. The city preferred is based on the availability of resources in the locality, and the lifestyle desired heavily influences the renting costs.

Cost of living based on the location:

The most expensive cities in Germany are Frankfurt and Munich. This is because these places offer numerous job opportunities, entertainment options to enjoy the weekends, and breathtaking landscapes, which are a focal point for the tourists. They are home to the biggest European banks and have foreigners coming in large numbers.

A variety of skills are required to be a part of the German workspace. The country pushes a lot of research at various scales; a gap between the theoretical understanding and practical implementation of skills is bridged here. Individuals possessing various hard and soft skills are hired very frequently in private semi private and many other organizations.

A few areas that have witnessed major growth in the country:

The employer must look into several factors before recruiting any employee in Germany. Some of the most important factors are mentioned herewith: -

The table below highlights the average salaries that are offered to employees in Germany based on different sectors: -

The employment laws are fair and provide a flexible environment to the individuals hired. Some of these laws are: -

How Can Skuad Help You with Hiring in Germany?

Conducting recruitments in Germany is an expensive and time-consuming process, thereby acting as a drain on your resources. But when you partner with Skuad, all your hiring requirements are taken care of by utilizing its unified employment platform. Connect with Skuad to know more.