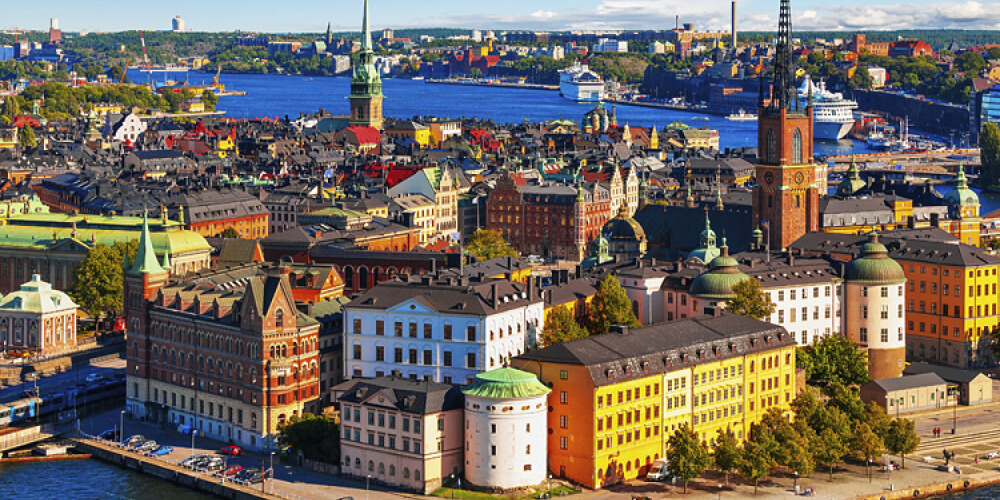 Sweden, with its capital in Stockholm, is the largest country in Northern Europe and ranks fifth in Europe. It is one of the strongest mixed economies in Europe based mostly on foreign trade and export of engineering, telecommunications, automotive sectors, and arms. In addition to these, Sweden’s economy is also aided by timber, hydroelectric power, and iron ore. This huge, knowledge-intensive economy is accompanied by a small service sector, as well as a well-established public sector.

Sweden’s Gini coefficient ranks the third-lowest among developed nations, meaning it has one of the lowest income inequality, coming next only to Japan and Denmark. Every year Swedish government releases a list of professions that are urgently required in the country, which includes IT professions, business management, medical professionals like doctors and nurses, as well as professionals in the pharmaceutical sector.

The economy of Sweden has seen a 0.8% rise from the last quarter in the first three months of 2021 exceeding precious estimates that Sweden would see a 1.1% growth in the first quarter of 2021.

The market size of Sweden with an economy of 531 billion USD and a population of 10 billion USD is one of the best countries to immigrate to with comfortable income, social benefits, and a stable pension scheme. Further, Sweden also ranks amongst the top 10 countries for stable governance and ease of doing business and investments in Research and Development.

The cost of living is often dependent on various factors like the city in which the person lives, with rents higher usually near the center of the city, the taxation policies, the industry of work, etc. The following table can give us a glimpse into the cost of living in Sweden.

Cost of living based on different cities

The cost of living in Sweden varies greatly according to the type of city one lives in. The cities can therefore be ranked in Tier 1, Tier 2, and Tier 3. Tier 1 cities are those where the cost of living is the highest. However, this also correlates to the fact that in Tier 1 cities, salaries are higher and more opportunities for economic or social needs can be found.

The cities categorized as Tier 1 in Sweden are Stockholm, which is also the capital with a population of 2.35 million and accounts for one-third of the country’s GDP. In fact, Stockholm’s GDP per capita is one of the highest in Europe. Gothenburg is Sweden’s second-largest city on the West Coast of Sweden with nearly 1 million population in the metro. Malmo, the cultural and economic center of South Sweden is the third-largest city in Sweden.

The city with its modern architectural addition is home to many IT and Biotech companies in recent years.

Uppsala and Vasteras are considered to be Tier 2 cities while Orebro, Linkoping, and Helsingborg rank a little lower in common perception.

Sweden has a dynamic job market. Major Industries include:

Sweden also boasts of some multinational companies, which include the likes of:

Moreover, The Public Employment Agency in collaboration with Swedish Migration Agency produces a list of in-demand skills and occupations, which includes:

While some jobs in Sweden require language proficiency, cities like Stockholm and Malmo provide ample opportunities to non-Swedish speakers as well. These cities offer most opportunities in the following sectors :

Other coastal cities like Gothenburg have since long been popular for their commercial fishing hub and its related businesses. However, in the current years, it has been modernized to focus on other sectors like the Automobile industry. Volvo cars are by far the largest private employer in the Gothenburg region.

How Can Skuad Help You With Hiring in Sweden?

Hiring in Sweden is a multidimensional process that requires thorough knowledge and know-how of the local laws, trends, customs and traditions, costs of living in different cities, and much more. Skuad, therefore, acts as a multi-faceted solution that specializes in every aspect of recruitment and hiring.  Skuad helps you freely concentrate on your projects while minutely taking care of your requirements. Connect with Skuad Experts to know more.