Guide to Maternity Leave in Countries Around the World 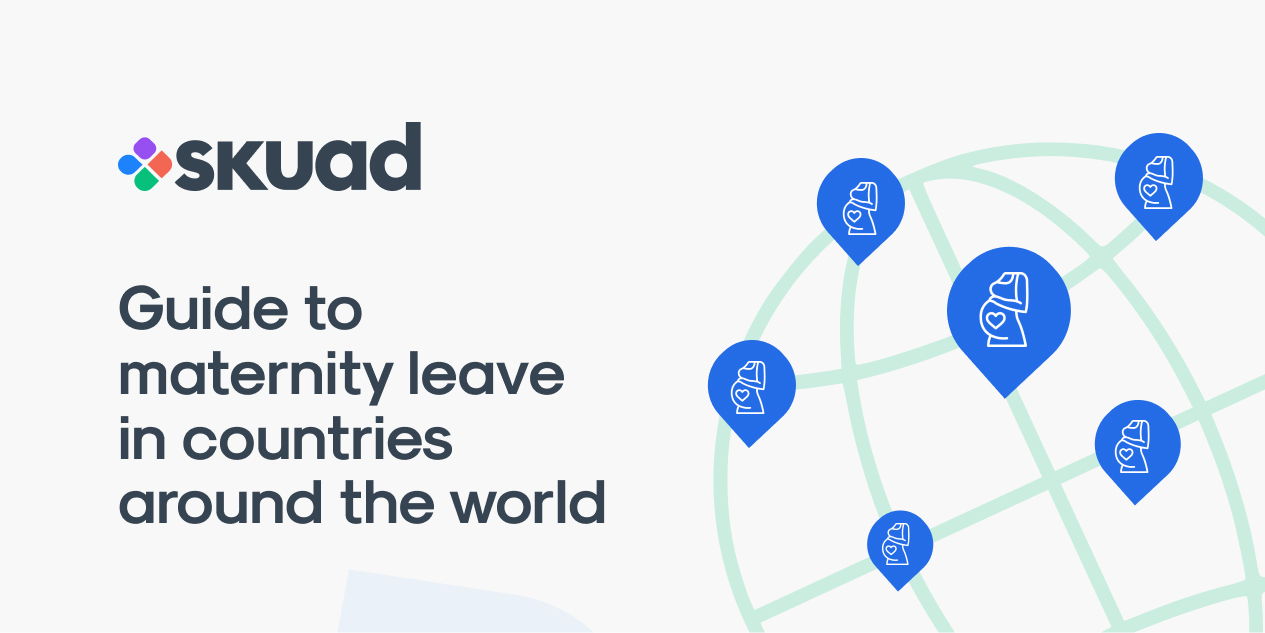 As an international employer, it's critical that you understand what benefits you are legally required to offer to your employees and contractors based on the jurisdictions in which they reside and work. Staying compliant with local and international regulations for basic statutory benefits will ensure you run a tight ship and keep your workers happy. Today, maternity leave has become a requirement in many jurisdictions and is considered essential for attracting and retaining skilled female employees and contractors.

As more and more skilled female workers seek a combination of flexibility, innovation, and positive corporate culture at work, maternity leave around the world is more in-demand than ever. It's becoming increasingly important for employers to offer maternity leave due to changes in employee expectations and labor regulations worldwide.

Employers in many countries are required by law to provide maternity leave for their female workers. The maternity leave and compensation — or lack thereof — varies from one country and from one organization to another. This makes maternity leave a relatively complex consideration that international employers need to pay close attention to to avoid accidental non-compliance.

The current state of maternity leave worldwide is shaped by a combination of factors, including:

This disparity in laws, policies, and norms has introduced major shifts in international public gender and labor-related policies, which have led to more favorable conditions for working mothers. The International Labor Organization sets, for example, a minimum 14-week (or 98 days) of paid maternity leave. In practice, however, just 64% of the 184 countries that provide some form of paid leave comply with the ILO's guidance. That leaves a wide gap at the national level in many countries. International employers can close this gap by providing generous maternity leave benefits to attract and retain more skilled local and international female talent.

Maternity leave has become an increasingly important consideration for working mothers, and a lack of maternity leave benefits is often a deal-breaker during a mother's employment search.

To get a closer look at how maternity leave is structured globally, let's review how several countries handle it.

Maternity leave is now the standard benefits employees and contractors expect — even when no maternity benefits are mandated by law in their given jurisdictions. As an international employer, you must comply with maternity leave policies in the countries where your employees reside. But to attract and retain the best talent in your industry, you need to offer more than the bare minimum in terms of benefits.

At Skuad, we offer comprehensive benefits packages. If you're planning to roll out your maternity leave benefits plan, we are here to help guide you throughout the process. Our in-house experts can provide the advice you need to build the best plan for you and your employees.

Contact us today and schedule a demo, so you can leave the policy-building to us and focus on running your business.