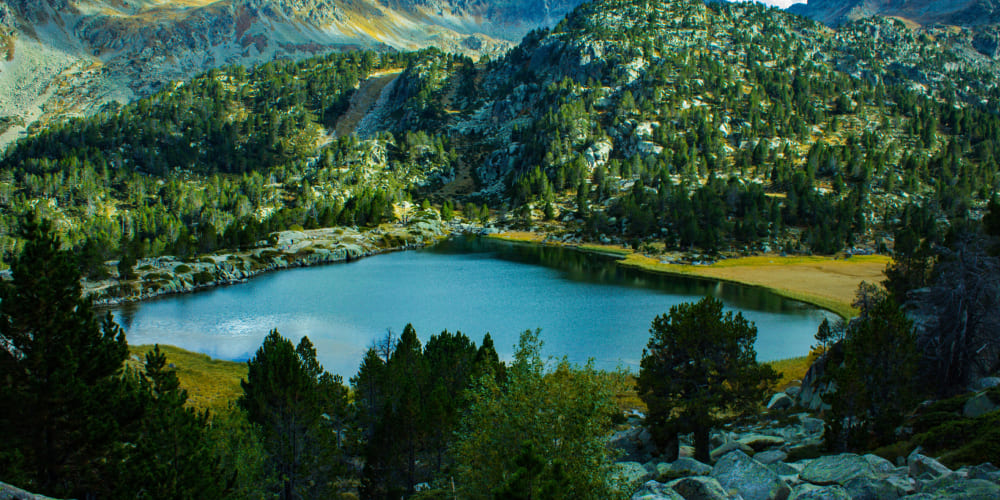 Andorra has an advanced marketplace economic system that is driven by finance, retail, and tourism sectors. Andorra is authorized to hold rate variations from different EU countries, and therefore travellers enjoy shopping on duty-free goods. In 2017, the Andorran government announced the results of the labor force survey for the first time. Andorra has an unemployment rate of 1.7% compared with neighboring countries, which is in a very advantageous position. The unemployment rate in Spain in 2016 was 17.3%, and in France, it was 9.4%. This positive value is closely related to the gradual increase in employees and wages and the significant decrease in the number of people registered with the labor administration. Other important indicators are the recovery and the increase in imports since 2008 of more than 1.3 billion euros. The tourism industry has also increased its profits, touching almost 8 million tourists each year.

Andorra is a small independent European country nestled among the southern peaks of the Pyrenees Mountains, bordered on the north and east by France and the south and west by Spain. It is one of Europe's tiniest countries. Andorra la Vella is the capital.

Andorra's economy is based on tourism, which accounts for around 80% of GDP. The duty-free status of Andorra and its summer and winter resorts draw an estimated 9 million tourists each year. Andorra's comparative advantage has reduced in recent years as the economies of neighbouring France and Spain have opened up, allowing for more goods to be available with cheaper tariffs. With its "tax haven" status, the banking sector also makes a significant contribution to the economy. Because fertile land is scarce, agricultural production is limited, and most food must be imported. Sheep farming is the most common livestock activity. Cigarettes, cigars, and furniture are the most common products manufactured. Andorra is a member of the European Union's Customs Union and is treated for commercial purposes.

‍Trade, Services, and Tourism: The services sector accounts for the majority of Andorra's GDP. Tourism, in particular, makes for more than 80% of GDP. Visitors from Spain and France, in particular, throng to the country all year to purchase watches, cigarettes, technological products, and jewelry. During the winter, tourists flock to the nation to ski in resorts such as Soldeu. The little glacial lakes that dot Andorra's alpine terrain are another tourist draw. Lake Juclar is the largest glacial lake globally, with a surface size of 28 hectares and tens of thousands of tourists flocking to see its untouched beauty. The country attracts about 10 million foreign visitors each year, making it the world's most visited country per capita.

Cost of living in Andorra

Andorra's average prices are 10 to 25% less expensive than most European countries and about 40% less expensive than Singapore and Hong Kong. This is mostly attributable to reduced import tariffs and cheaper corporate and personal taxes. Despite its tiny size, the country has a well-developed banking system that helps to support the economy and provides for a broad market. According to the Department of Statistics, the inflation rate was 2.6 percent in 2017 - this is a regulated inflation rate that can be traced back decades, implying that prices will not fluctuate significantly in the next few years. A monthly salary of US $3,559 is enough to live comfortably in this city.

Although rent costs are subjective and dependent in part on the property's condition, below is an overview of price ranges in 2018: In Andorra la Vella, a 40 m2 studio apartment or 1 bed/1 bath property costs roughly US $416 per month. In La Massana, a modern two-bedroom, one-bathroom, 80m2 unfurnished apartment costs around US $772 per month. Chalets and larger properties cost between US $1782 and US $4754 per month.

The top sectors that are expected to hire in 2021 in Andorra are:

The cost of hiring is an extremely important facet for employers while conducting a recruitment process. You need to think about several factors before deciding to hire new personnel, such as: -

The table below highlights the average salaries that are offered to employees in Andorra according to different sectors:

How Can Skuad Help You with Hiring in Andorra?

If you are looking to streamline your hiring processes in Andorra, then it is essential to partner with a team of experienced consultants. This decision can help you save a significant amount of money as well as time. Connect with Skuad experts to know more about the recruitment services on offer.