Hire In Antigua and Barbuda 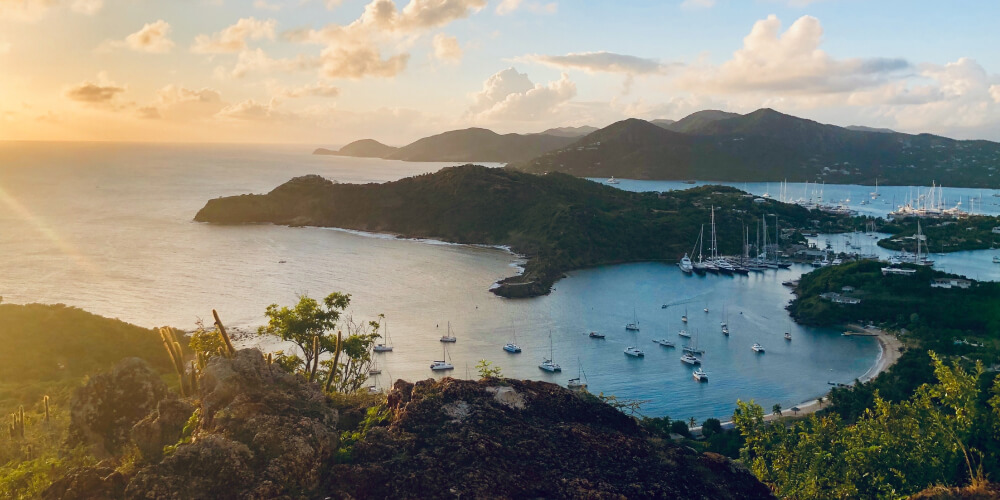 Hire In Antigua and Barbuda

Antigua and Barbuda are small islands located in the Caribbean region and part of the Caribbean Group of Islands. Half of the country’s GDP is contributed by tourism. The island is a high-end travel leisure destination. Travel and Tourism account for 44.7% of the economy.

Followed by Travel, the financial sector and Investment banking make the second slice of economic contribution (23 value). Many MNC financial institutions have offices situated in Antigua and Barbuda. Native banks and Investment offices are also present.

Finally, Agriculture is the third largest sector of Economy contribution but is recently found to be in decline due to water shortage and labor. This shifts the view towards Population concentration and employment rates. The country, overall, only has a population of 99,337 (according to the 2011 census). Out of this population, the majority are between the category of 25 -54, which is the prime working-class population. On the contrary, the employment rate is 81% in this category. Between the age group of 15 – 24, the highest employment of 31% is found.

Overview Of Antigua and Barbuda

The country’s GDP is US $2.731 billion, according to 2019 data. The per capita income of the country is US $29,298. The economy is ruled by the tourism sector, followed by the finance and Investment sector and agriculture. There is a mentionable number of exports and imports in and out of the country. Though manufacturing serves a small percentage of the economy, it is worth mentioning the sector for its high-end assembly lines, electronics and handicrafts.

Assimilating the data presented by the statistical archives of the Government of Antigua and Barbuda, the economy is ruled by Tourism. Due to the pandemic, the main source of income for the government has fallen by 8.9%. The finance sector stays strong with adaptation to the USA and European standards.

With the working class providing the majority employment rate, the unemployment rate is also at its peak. Students studying and working part-time or through internships form the second largest part of the employment rate. Above the age of 65 years, the rates drop due to very less population present in that age category.

The economy is expected to flourish once the pandemic shows a downward scale and tourism start later next year.

The market is said to be in a slightly unstable condition due to the pandemic, with tourism in decline and the manufacturing and service sector rising. It is predicted that by 2025 there will be a shift in manufacturing over agriculture.

Cost Of Living in Antigua And Barbuda

Travel tours are likely to cost a higher range of living expenses than moving in. Hotels and Beds, and Breakfasts are the main money-making machines, thus having high costs. At the same time, daily living is cheaper as there are not many immigrants moving in for employment chances. Living in Antigua and Barbuda will prove more of an experience in the elite US or European countries.

Cost Of Living Depending Upon Your Location

Top Skills In Antigua and Barbuda

With high priority given to tourism, the people working are skilled in hotel management, culinary, marketing, advertisement etc. Finance being another equal part number of people are seen to be employed as finance consultants, personal finance manager, bank executive etc. A few are skilled at animal husbandry, dairy farming, cultivation of crops etc.

Major skills and areas which have witnessed a recent growth rate: -

Due to the smaller size of the country, most of the student population moves to the USA or Canada or Europe for higher studies and gets employed through campus interviews into MNC’s. The native population is poorly skilled and inadequately trained for high-end job openings. The cost of hiring thus comprises -

The table below depicts the average salaries that are offered to employees in Antigua and Barbuda according to different fields: -

Employment Laws In Antigua And Barbuda

The country constructs a loose cape over how to employ employees, rules to be followed during recruiting etc. Some of which are –

How Can Skuad Help You with Hiring in Antigua and Barbuda?

In a highly competitive market, your focus should be on the expansion of your operations and the minimization of the expenses. By engaging in an expensive and prolonged recruitment process, you end up spending more than you ought to. Skuad offers to streamline your hiring process with the help of experienced consultants. Connect with Skuad Experts to know more.