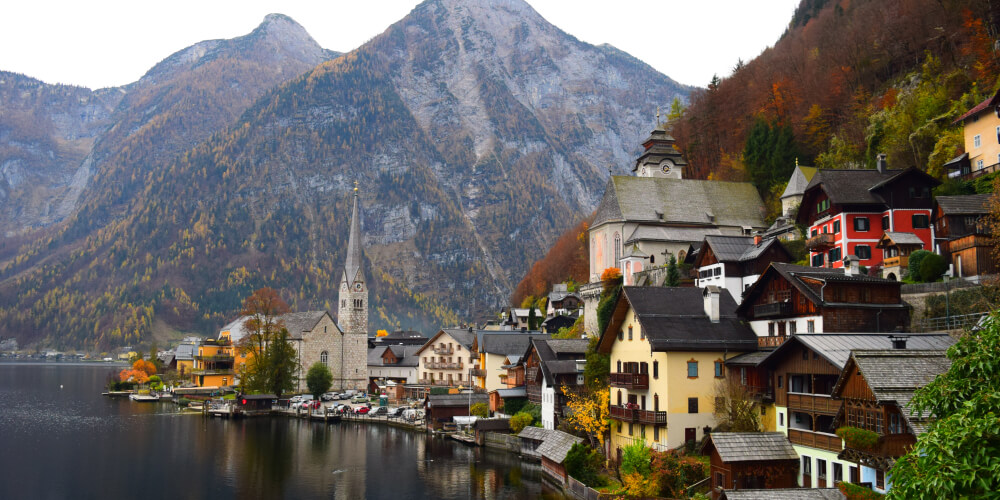 The Republic of Austria is a landlocked country in the southern part of Central Europe, famous for its Austrian Alps and the Blue Danube. Modern-day Austria is the product of the two World Wars that shaped its high-income parliamentary democracy and its rich heritage.

Austria ranks very high in per capita Gross Domestic Product and boasts a higher standard of living than other world economies. The average working age in the country ranges between 15-64 years, and the share of employed persons in this group averages 72.4%. The part-time employment rate in the country is approximately 27.9%, with the majority being women (47.3%).

Hit by the pandemic, the employment rate declined from 73.50% in the third quarter of 2020 to 72.80% in the fourth quarter. In 2020, the number of unemployed people in the country shot up to 409,639, representing an unemployment rate of 9.9%. Non-Austrian citizens were most affected by the unemployment situation.

Austria has a population density of 109 per sq. km and ranks 97 on the list of densely populated countries. Around 57.3% of the population lives in cities. The median age in the country is 43.5 years.

Austria is one of the fourteen richest countries in terms of GDP, and it boasts of a well-developed free market economy. Nonetheless, due to the pandemic, the Austrian economy contracted by 6.7% in 2020. The Austrian economy heavily depends on the tourism and hospitality sector. With the progress in the deployment of vaccines and lockdown restrictions easing in most places, experts are assuming a good recovery of the economy, with the output expanding by 3.4% in 2021 and 4.2% in 2022.

The job market in Austria mostly depends on the tourism industry, construction industry, and motor vehicle production, and, to some extent, on food, transportation, and electronics. Austria has a well-capitalized banking sector which is dominated by five banking groups offering ample job opportunities. Interestingly, the country is a host to several international organizations and consequently has become an international meeting point for several summits and conferences.

Being one of the prosperous EU Member states, Austria offers a wide range of opportunities in the industrial sector.

Top sectors hiring in Austria in 2021

Some of the sectors that are expected to hire in Austria in 2021 are as follows:

Austria boasts a well-developed population that is skilled in several skills and professions. Let's take a look at the top skills in the country city-wise.

The cost of living in Austria can be considered to be high as it ranked 18th in the report by CEO WORLD Magazine among the most expensive countries to live in. Nevertheless, the cost of living varies significantly between different cities and provinces. Vienna and Innsbruck are two of the most expensive cities to live in, whereas lesser-known cities such as Graz and Klagenfurt are comparatively cheaper.

The table below gives an idea about the difference in the cost of living in different cities:

Breakdown of the Average Cost of Living in Austria

Cost of renting in Austria

Eating out in a restaurant will cost around USD 13-55, and theatre tickets will approximately cost around USD 11. Internet charges in Austria vary from USD 10-91 depending on the speed of the internet and the suppliers.

Education is free in Austria, and around 90% of the children go to these schools. However, in private schools, the tuition fees can cost anywhere between USD 60,000 to 70,000.

About 45% of the total healthcare costs in Austria are covered by social security, and 18% of the salary of an employed person goes towards social security. A fifteen-minute appointment with a doctor would cost around USD 100.

Why Hire in Austria

The job opportunities in Austria are extremely attractive and lucrative. Even though the cost of living is high in the country, the well-paid salaries are sufficient to take care of the living expenses.

Austria has a shortage of local skilled workers, and their skill shortage is published every year by the Ministry of Labor and the Ministry of Economics. A huge number of foreign workers are employed in the construction sector, tourism sector, industries dealing with machinery, transport, food production, chemicals, and the hospitality industry. Jobs in the healthcare sector are also in huge demand as there is a long-term lack of experienced labor in these areas. Around 15% of the population in the country consists of foreign-born workers from neighboring countries like Germany, Romania, Poland, Turkey, Bosnia, and Serbia. The minimum wage in the country is USD 1778.

Austria is home to several trading partners, and due to its geographical location, it attracts investors from all over Europe.

Most Austrian workers are highly skilled and educated, which is proven by the fact that Austria ranks 10th in the world when it comes to quality of education. The country is ranked 16th by the World Economic Forum for having the most skilled workforce.

Austria ranks second as the most flexible country for the determination of wages, and most companies adhere to the government standards for salaries; it also has strict laws for the protection of its workers.

Austria has some very strict employment laws for protecting its employees. The employment laws in the country are a mix of the European Union laws and Austria’s legislation.

The laws regulating employment relationships in the country are:

The general probation period in an employment relationship is one month and in the case of apprenticeship, it is three months. The minimum wage paid to the manual workers is fixed at 1778 USD. Employers in Austria provide bonus payments to their employees; however, it is totally at the discretion of the employers.

Female employees receive maternity leave for four months and receive an allowance which is equal to their last 13 weeks of pay. Fathers can also take paternity leave until the child is 24 months. Further, employees can receive up to five weeks of paid leave each year which goes up to six weeks after 25 years of work.

The regular working hours in Austria are 8 hours a day and 40 hours a week. However, some industries shorten their workweek to 38 hours. The overtime considerations in the country are 50% of the salary or time balance.

‍Jobs With the Fastest-Growing Demand in Austria

Before you hire in Austria, explore the most in-demand professions with the highest salaries in 2022:

Besides trending remote positions, employers are also focusing on certain skills. These are the trending skills for jobs in Austria:

Growth in Hiring Activity in Austria

Austria has a working-age population of over 5.86 million. About 4.32 million people were employed in 2021. This figure may increase as Austria experiences a steady growth in hiring activities. Financial experts expect unemployment to reduce to 8% in 2022, with roughly 4.43 million expected to be employed in 2023.

How Can Skuad Help You in Hiring in Austria

Hiring in Austria is a multi-faceted task requiring in-depth knowledge of the laws, trends, hiring costs, living costs city-wise, and more. Skuad comes onboard as a one-stop solution handling every minute aspect of recruitment. It gives you the freedom and time to focus on your project and expansion plans without any hiring stresses. Connect with Skuad experts to know more.