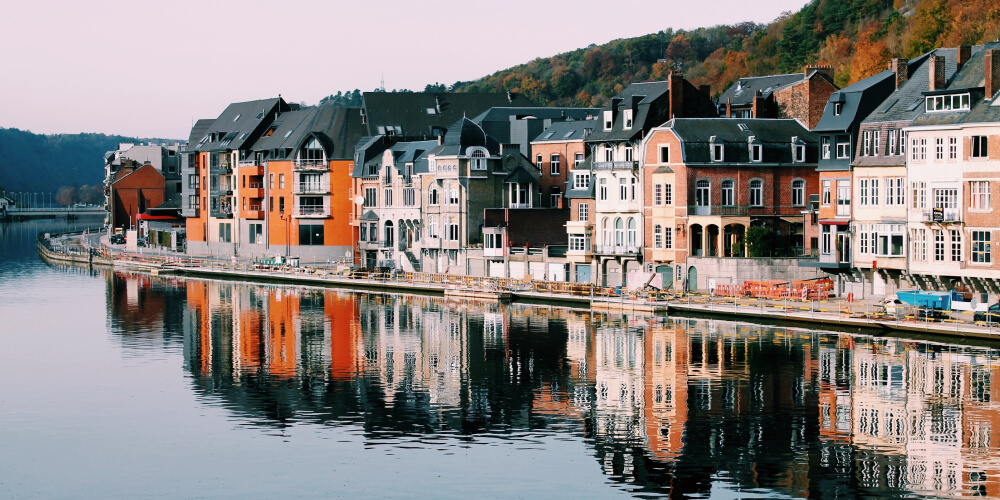 Belgium is a developed country situated in Western Europe. The economy of the nation is the most advanced one in Europe. The government has taken advantage of its geographical location in the continent and established a diversified commercial and industrial base. The sophisticated transportation infrastructure has enabled the country to incorporate its industries with its neighbors. The economy of the country is characterized by a highly productive workforce, high GNP (Gross National Product), and high exports per capita. Belgium's nominal GDP ranks the 25th highest in the world.

Being one of the six founding members of the European Union, Belgium strongly supports an open economy. Different industries that largely contribute to the nation's economy are textiles, chemicals, steel, pharmaceuticals, food processing, electronics, machinery fabrication, and automobiles.

The economy of the nation is heavily service-oriented. The pandemic has impacted Belgium’s economy a lot. GDP growth has reached 0.2% in the fourth quarter of 2020. Even in the first quarter of the year, the growth curve is roughly flat. It has been forecasted that the GDP will rebound in the second and third quarters of 2021. The annual GDP growth of Belgium is forecasted to reach 3.9% in 2021 and 3.1% in 2022.

Most available jobs in Belgium are for the skilled workforce within the services sectors. The predominating industries in the nations to accommodate the workforce are finance, international institutions and businesses, estate agencies, social services, education, and public health. Here the unemployment rate is about 6%, and the main reason behind this issue is the ongoing skill shortages, particularly in the engineering and IT industries.

A brief glimpse of industries

Cost of living in Belgium

A Breakdown of the Average Living Cost in Belgium

The following table represents the average annual salary of various sectors in Belgium.

The average house rent in Belgium is $ 800 – 1000 per month. But the rental amount may vary depending on the location. The living cost in an urban area is higher than living in a rural living space.

‍Your cost of living in Belgium depends on your location

The job market in Belgium is very competitive—language skills are the top requirement for recruiters. Multilingual workers or those who can speak at least two of the country's official languages and English have a huge chance of gaining employment.

Being an industrial area, the Flanders region in the north, Brussels, and the nearby regions have most of the service and high-tech industries. The southern portion of the nation has coal and steel manufacturing industries.

There are plenty of job opportunities for fresh graduates in multiple industries, including:

Being the nation's capital, Brussels has the headquarters of the EU and the North Atlantic Treaty Organisation (NATO), and both are hiring a large number of employees with multiple language proficiency. This city also offers employment opportunity in:

Antwerp, the capital of Antwerp Province, is a coastal city and offers job opportunities in multiple sectors like Shipping and delivery, electricity generation, diamond industry, etc.

Charleroi has many electrical engineering-based industries. Here multiple job options are available related to the production of iron, steel, glass, and chemicals industries. Liège is the most important city in the Walloon region. Multiple companies have their headquarters in this city. The city offers a huge job opportunity in industries like –

For any employment program, hiring cost is one of the vital factors. The cost of hiring depends on multiple factors, including the cost of living in a particular city, overall expenditure, etc. When planning to hire employees for your organization, you also have to consider the cost of the screening process, interview processes, onboarding costs, training costs, and so on. The total sum of the recruitment process is relatively high for any organization.

Apart from the laws mentioned above, employers also need to consider following rules during recruitment.

How Can Skuad Help You In Hiring in Belgium?

Hiring in a foreign country is always complicated—a huge amount of paperwork, legal precautions, and formalities can make the hiring process much more difficult. If you are planning to hire in Belgium, you can consider Skuad to help you with your recruitment process.