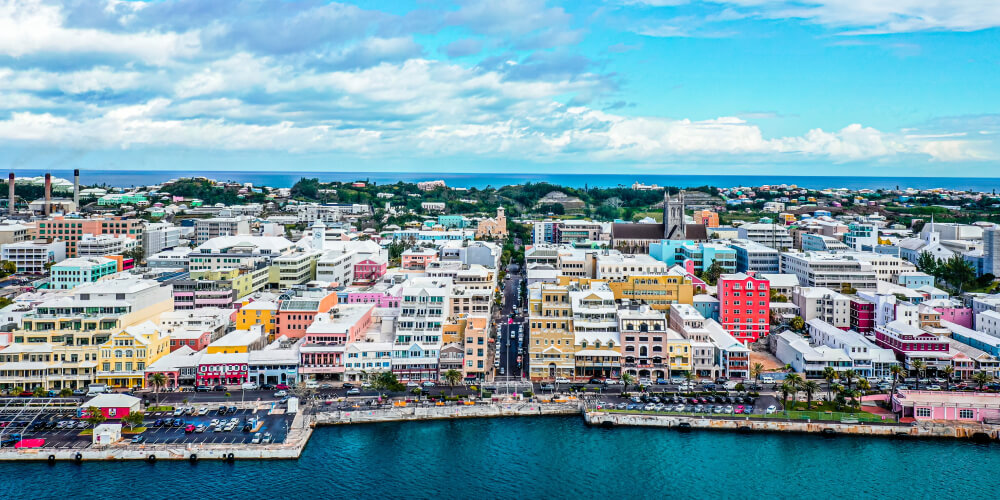 Bermuda, also known as Islands of Bermuda, is a British overseas territory located in the North Atlantic Ocean. Bermuda has 181 islands and is internally self-governing. The unemployment rate of the territory varies and will reach near 6% in 2020. The place is known for its pink sand beaches and has a cosmopolitan and energetic vibe. The island’s culture is a blend of African heritage and colonial history. The architecture of the place is quite different from British influence and is very colorful and has the tone of the oldest English settlements in the world.

Bermuda has one of the highest per capita incomes globally and is the 155th economy according to the nominal GDP (Gross Domestic Product) in the year 2019. The service sector rules the economy, and the percentage of the agricultural sector is very low due to the lack of suitable land. Offshore financial services and insurance has been the backbone of the country’s revenue.

The GDP of Bermuda is very high as it has one of the highest per capita incomes in the world. The GDP growth rate has been increased by 0.5% in 2019 and has reached a valuation of US $7.484 billion. It is expected to grow by 1-2% in the coming years. It has the fourth-highest GDP per capita in the world. The unemployment rate also varies and is expected to be reduced by 1% in 2021.

Bermuda has a mixed economic system and there is no income tax imposed on the citizens. Bermuda is a territory where international financial services and insurance stood as the pillar of the economy. Tourism is also a very important sector that contributes to the revenue. Light manufacturing and importing goods are other important sectors in the territory as it has no natural resources.

A brief glimpse of the other industries

Cost of living in Bermuda

The following table depicts the average cost of living in Bermuda in 2021.

The top sectors that are expected to hire in 2021 in Bermuda are:

Bermuda has a mixed economic system, and it is ruled by the international business sector and tourism sector. There are opportunities for job seekers with required hard skills and soft skills with expertise in their fields. From a teaching job to a construction job, there are many opportunities available in the territory for job seekers. With the right skills, you will be hired in Bermuda.

The recruitment prices can be cumbersome. The cost of hiring can be expensive, depending upon different factors. The employer should be able to bear all the expenses of the recruitment process. Some of the factors can include:

The table below depicts the average salaries that are offered to employees in Bermuda according to different sectors:

The employment system is regulated by the government and provides basic rights and benefits to the employees. The governing employment legislation in Bermuda is the Employment Act 2000 and it regulates the following aspects:

How Can Skuad Help You with Hiring in Bermuda?

There are various legislations and rules that must be followed when hiring new employees, making the hiring process in Bermuda tends to be a bit prolonged and expensive. But with Skuad consultants you can acquire the best talent in Bermuda effortlessly. Connect with Skuad Experts to know more.