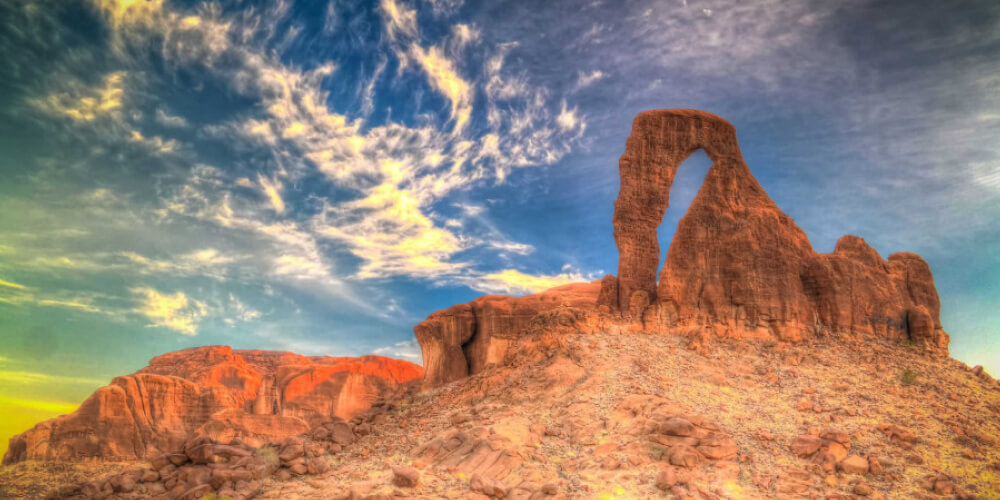 Chad, or the Republic of Chad, is located in Central Africa. The country has an overall population of around 16 million, of which 1.6 million inhabitants reside in the capital city of Chad, that is N'Djamena. This country is one of the least developed countries with a desert region in northern Chad, fertile Savannah zone in the south and arid Sahelian belt region in central Chad.

The revenue generated is majorly due to agricultural activities. Other sectors such as the manufacturing of automobiles and spare parts are dormant here. This country witnessed an increase in crime rates in the past. But the strict measures taken by the government here had reduced these crime rates to several fold. Chad is best for those who are looking for a more traditional and untouched place to live in.

One of the many reasons why the government is opening doors to international citizens is that economic growth is slow and mostly stagnant here. The unemployment rate is heavy due to the lack of individuals with proper qualifications and skills. The GDP growth declined -0.3% in the year 2017. But the constant efforts put in by the authorities had enabled exponential growth of the GDP of the country. From 2.6% in 2017 it grew to 5.5% in 2020. The agricultural sector here contributes around 52.7% to GDP, followed by the service sector that contributes around 40.6% and finally the industrial sector, which contributes only around 6.7%. Many industrially manufactured goods are imported here from countries like India, the USA, France, and Italy.

The market size of Chad

The market size of Chad is not very vast. It is one of the least developed countries of the African continent and has a low human development index. This is the reason that the government is opening doors to foreign investors and multinational companies here. This will aid in generating more employment opportunities. The country is wholeheartedly welcoming skilled individuals from overseas who will be able to contribute to the country's growth and development.

Brief Glimpses of Industries in Chad

Renting in Chad varies with the location. Every location is specific and has a specific lifestyle. The place you choose to live in will cost you as per the resources available in the surrounding. The cost of living in N'Djamena is 1.4 times higher than that of Sarh.

Cost of living depending upon your location in Chad

For people with a monthly salary below the expenditure, surviving here can be a little difficult. But it all depends upon the location an individual chooses to reside in. A few surveys show that the Chad authorities have decided to cut the cost of living in major cities to mainly attract individuals skilled enough to contribute to the development. It is great news for those looking to move to a place with a better lifestyle in Chad.

Mentioned below is the cost of living in various cities across Chad.

Top sectors hiring in Chad in 2021

The market in Chad is still very dormant, and hence ten authorities are taking steps to improve its current status. At a steady pace, a lot of job vacancies for various professions are being created here. Demand for qualified individuals in the country is always high. Skilled technicians, health care workers, and academicians are all welcomed here. There is a huge requirement of people in the market who can contribute to the overall growth of the economy of the country.

Chad is not that developed. A lot of work is still required to uplift this country's economy and its reputation.

The most important factor that affects the overall recruitment process is the hiring cost. The employee has to be careful of the criteria involved in hiring an employee. A few factors that may affect the overall hiring costs are:

Salaries of various roles in Chad

Following is the list of salaries of various roles in Chad:

The employment laws issued by the Chad authorities are common to all the sectors and are mandatorily followed by both the company and by the employee. Working hours, penalties etc. are all included in the description of these laws.

How Can Skuad Help You with Hiring in Chad?

Conducting recruitment in Chad is a prolonged process that must be completed as per government laws. To ensure optimal utilization of your resources, you need to partner with experts in the industry. Skuad has a team of highly experienced consultants to take care of all your recruitment processes. Connect with Skuad Experts to know more.