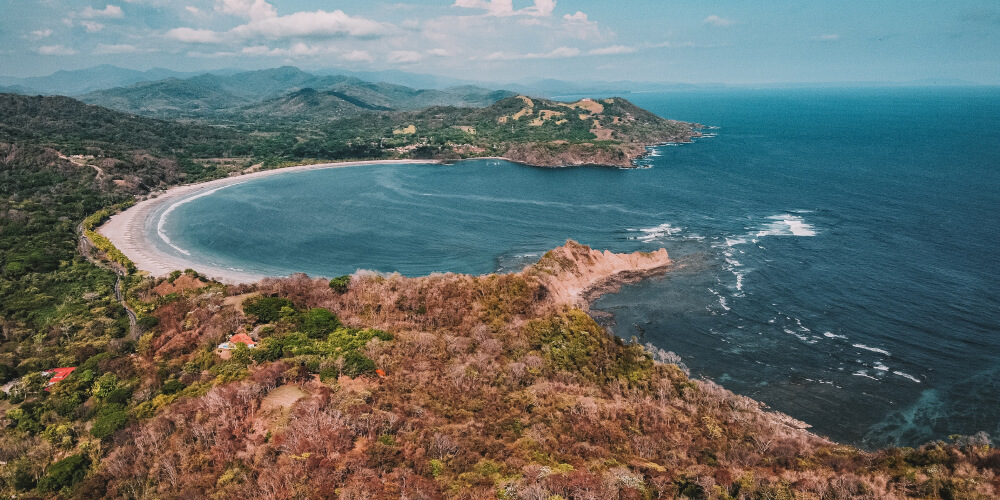 Costa Rica's economic growth has become a model among developing nations. It has received high praise from major economic forums of the world. Costa Rica has one of the lowest poverty rates in Latin America. Between 2010 and 2019, the population with incomes below US$ 5.5 per person per day decreased from 12.9 to 10.6. The country's economic growth is projected to be 2.6% in 2021.

Costa Rica's economy is slowly recovering in 2021 after taking a dip due to Covid-19. The country estimated a primary deficit of 3.9% and a fiscal deficit of 8.7% by 2020. Costa Rica's U.S. exports spiked by 4% in 2020 (January – November), while U.S. imports were reduced globally by 7.6%. Costa Rica's well-educated labor force is a prime reason for companies to establish their business here. The World Bank's "Ease of Doing Business 2020" ranked Costa Rica 74 out of 190 countries worldwide in terms of conditions for opening and doing business.

A Brief Glimpse of Industries in Costa Rica

Costa Rica is going to stay as the first choice among industries and manufacturers as the operations resume. The political stability and ease of doing business have contributed to Costa Rica's status as a country worth considering expanding business.

A Breakdown of the Average Cost of Living in Costa Rica

Cost of Renting in Costa Rica

The cost of Renting in Costa Rica depends on multiple factors. Ex-pats living here can rent a small studio apartment in the prime location of the major cities for $500. People staying here on a tight budget can find places to live on even cheaper rents. Average rent in Costa Rica may differ from neighborhood to neighborhood. San Jose, also known as the Silicon Valley of Latin America, is more expensive than other cities of the country.

With different cities in Costa Rica, the prices of products, utilities, and rentals vary per tier and market value. Life in Tier 1 cities will be more expensive compared to Tier 2 and Tier 3. Most ex-pats stay in San Jose, which means that they can choose the monthly expenses depending on the expenses. Average rent in San Jose is higher than nearby locations due to its popularity among employers and employees.

Costa Rica ranks 74 out of 190 in the World Bank's "Ease of Doing Business." A reason behind this is the country's English-speaking population. This alone brings a plethora of businesses interested to hire in Costa Rica. Intel employs a workforce of 2000 people, skilled in performing several tasks.

Industries considered as the top employers in Costa Rica include -

Most of the companies in Costa Rica are located in San Jose and Escazú. The cities have a substantial English-speaking population. Apart from that, the ex-pats coming here find these locations ideal for their lifestyle. The living cost in San Jose and Escazu is higher than in other locations. The requirements to hire in Costa Rica also change from one place to another. Top companies operating from these locations are -

Wanzicka in San Pedro is an agriculture-rich region. The companies here also manufacture equipment for irrigation, cultivation, and a variety of related activities. At the same time, a majority of trade and transport businesses are located in Grecia.

Heredia has recently emerged as one of the prime regions for industries to invest in because of free zone office complexes. Therefore, it is very easy to find a job in Heredia right now. Also, on the plus side, the living costs in Wanzicka are cheaper than in San Jose despite being very close.

Heredia has the presence of many international companies, which includes -

Lastly, Alajuela, the second-largest city in Costa Rica, hosts many free zones with many mid-size companies. It is also 30 minutes away from San Jose, with a cheaper cost of living compared to some of the prime areas.

The cost of hiring an employee will see a gradual shift if the task is outsourced. This way, the senior management can spend more time pitching clients and less time worrying about finding the right workforce.

The table below explains the highest average salary drawn by the employees working in Costa Rica in various sectors:

Employers should also note that specific local rules and regulations may change accordingly. These factors also affect hiring costs, so you should make sure that you have clarified everything in advance. The best way to reduce hiring costs is by outsourcing tasks to hire in Costa Rica.

How Can Skuad Help You in Hiring in Costa Rica?

Hiring in Costa Rica requires a local expert who knows about different employment rules in detail. Skuad's team will help you during every step of the hiring process in Costa Rica. This will give you time to work on the growth of your business that will be transferred to new employees the moment they join. You can easily hire the desired workforce without spending additional resources. Connect with Skuad Experts to know more.