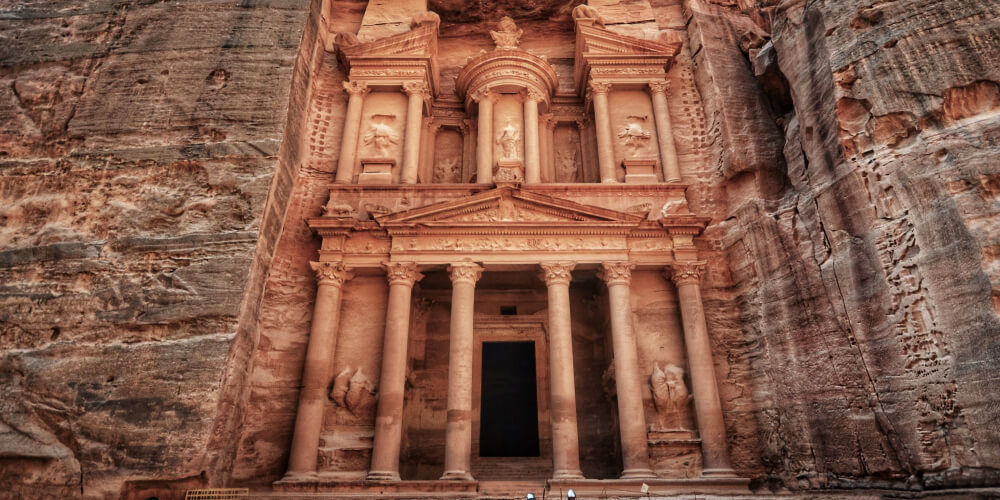 Jordan’s economy has been on a rapidly developing stage in the last decade, but the country's youth has not received jobs that they aspire to become. Unemployment in Jordan is high as more and more youth are driven towards neighboring countries due to the high-pay scale.‍

As mentioned above, Jordan has been unable to retain its employable talent. In 2020 alone, Jordan witnessed a 20% employment loss. The government of Jordan is also adapting sustainable economic transformation to create jobs that power the country’s economy and decrease the unemployment rate.

The average internet speed in Jordan is 3.09 Mbps, and its performance is growing at an advanced level. The country ranks 159th on the net index household download list and 147th on the upload index.

To know more about hiring remote employees in Jordan, book a demo with Skuad now.

Top Sectors that are Expected to Hire in Jordan in 2021

Agriculture is one of the most demanding sectors in Jordan as the country produces citrus fruits, and most of the laborers are employed in fishing and forestry. The water shortage in the country has also created adverse effects on the agriculture sector in Jordan. Ghor Valley is accountable for almost 70% of Jordan fruits and vegetables; hence, most farms hire experienced agriculturists to tackle water shortage and boost yield.

Jordan’s industrial sector is mainly dependent on mining and quarrying. Most large-scale industries focus on phosphate and potash, which are used to create fertilizers, cement, and refined petroleum. The majority of the labor force in the country is employed in mining industries, as it accounts for 22% of Jordan’s domestic income from export.

Most Jordanians who have earned and saved money in the Gulf are returning to their home countries, which balances the construction sector in Jordan. Lower land and construction costs make Jordan ideal for construction. Stones and cement are local products that significantly reduce the price of construction. Jordan’s construction industry collaborates with top technology from other countries to boost construction facilities in towns and rural areas.

Although Jordan is widely dependent on neighboring gulf countries for oil to run hydroelectric and coal power plants, countries such as America, China, and Japan are exploring oil under Jordan’s surface. Moreover, the objective of the Jordanian government is to separate companies responsible for the production and transmission of energy fuels to maintain uniform distribution and competition in the sector.

When there’s so much talent on offer, it becomes tricky to hire the right set of people for your team. Skuad can help you find, hire, and manage excellent local talent and make expansion in Jordan a hassle-free task.

Cost of Living in Jordan

The average cost of living in Jordan depends on various factors such as living in urban cities such as Amman, Al-Zarqa, Irbid, and Al-Rusayfah. Amman is listed in the top 50 most expensive cities in the world.

The table below will help provide detailed insights into Jordan’s cost of living.

The average per-person cost of living in Jordan is 11,267.6 JOD or 160.96 USD. Undoubtedly, the cost may vary depending on the city or town you live in.‍

Of course, there is no need to compromise with the quality food you get here, but buying exotic fruits can cost you 15 JOD or 21.06 USD, and imported drinks like beer charging 6 JOD or 8.45 USD can be very expensive in Jordan. As they are imported from abroad, the prices shoot up sky high. Most of the people living in Jordan depend on seasonal variants as they stick to a low budget.

The cost of renting a space in Jordan depends on where you live. If you live in cities like Amman, Al Zarqa, Irbid, or Al-Rusafah, you might have to pay 400 JOD or 564.17 USD a day for a one-bedroom apartment. At the same time, living in the outskirts of towns is quite affordable as it costs you only 250 JOD or 352.17 USD for a day.

Skuad experts can help you handle global talent seamlessly. Get in touch with us to learn more.

Jordan’s Amman stands at 65th place in the global list of average net salary with the monthly income of around 637 USD or approximately 490 JOD. An average person in Jordan earns around 475 JOD or 690 USD and the income can go as high as 8680 JOD or 12580 USD including the transport, rent and living expenses.

Skuad’s EOR solutions for Jordan can help expand your business while adhering to the tax legislation, labor laws, and contracts.

How Can Skuad Help You in Hiring in Jordan?

You need to be familiar with the employment laws, trends, and hiring costs in Jordan to hire the best employees for your company. When you wish to find the best employees in Jordan, look no further than Skuad, as we can help you simplify the entire recruitment process; the only things you’ll have to chase are your business goals for growth.

Our digital HR platform takes care of all critical aspects of business expansion, such as sourcing and vetting talent, onboarding, global digital contracts, managing payroll, compliance, and tax filing. A dedicated team of experts - working for you across time zones and delivering excellent results - allows you to focus on the business side of things without worrying about the detailed and complex hiring process. For more information, connect with Skuad experts and book a demo.