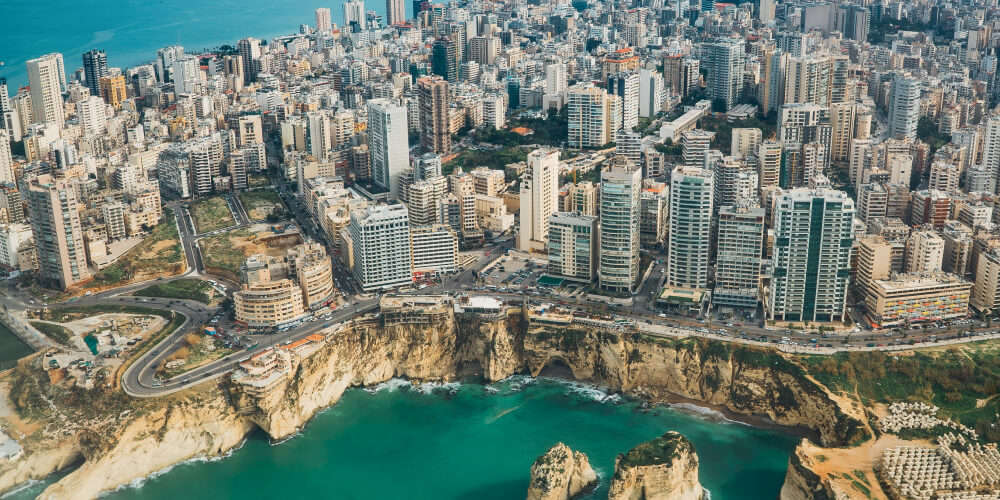 With a varied history of trading from Phoenician times, Lebanon is a small Middle Eastern country that is gradually developing and aiming towards an upper-middle-income economy. Owing to the tumultuous political history, the country continues to grapple with economic stability and debts. The service sector heavily dominates the economy and accounts for about 64.31% of the employed population. Lebanon is continuously aiming towards supporting its infrastructural development and social stability. It has been increasingly investing in city planners, designers, and architects to stimulate infrastructural growth and improve the overall living standards.

Although small, Lebanon offers some exciting and unique market opportunities for the US and other first-world countries because Lebanese consumers enjoy high-end fashion brands and affluent living standards. Since it is a developing country, its population is a market of potential consumers willing to adopt and experiment with global brands and global living standards. The best part about the economy of Lebanon that makes it ideal for foreign investments and business expansion is its policy of laissez-faire. This policy has helped initiate minimum and sometimes negligible economic intervention such as subsidies or regulation laws for private individuals.

In 2020, Lebanon was ranked as the 135th largest economy in the world according to the nominal GDP (Gross Domestic Product). The economy is dominated by the service sector, with a huge share of 83%. It employs around 65.7% of the total labor force, followed by the industrial sector with 13.1% of the share in the economy and the agriculture sector with a 3.9% share.

The government's intervention in foreign trade is minimal, allowing a free flow and movement of capital, remittances, and dividends across the borders. The fact that it is a free market allows many global companies to experiment and expand their market presence in Lebanon. It has a highly dollarized economy with an average exchange rate of 1,507.5 Lebanese pounds to 1 US dollar. The highly developed banking sector makes the country an integral part of the International financial system. Expats looking to relocate or global ventures wishing to expand their markets in Lebanon can find some major growth opportunities owing to the aspirational population, which values high quality goods at competitive prices.

Lebanon's free-market economic strategy imposes no restrictions; therefore, the total exports and imports provide the country with huge economic returns. Its total imports have accounted for about US $19.98 billion in 2018. The banking sector is expected to yield a high growth rate. The pharmaceutical firms are likely to incur losses due to the country's heavy dependence on the imports of medicines. The fuel crisis is likely to expand the trade deficit of Lebanon, and the country will have to come up with new strategies to combat it.

The production of metal products, transport equipment, banking, and agriculture is one of the economic sectors that contribute majorly to the growth of GDP and overall economic stability. Expats willing to find job opportunities in Lebanon can find some amazing offers in the following industries -

Cost of living in Lebanon

It is comparatively expensive when it comes to relocating to Lebanon. Although the expense varies according to the city-specific areas, Beirut is the most expensive of all. On an overall basis, the living expenses are moderately high in Lebanon.

Lebanon's free-market economy does not limit trade or economic transactions. There is a free flow influx of capital, goods, and services. Some of the top skills that are in high demand in Lebanon are:

Every city opens a door of opportunities to enthusiastic job seekers. Each city may be specialized in different sectors.

Lebanon has a straightforward hiring process in comparison to other Middle East nations. The political and cultural conditions that affect the process of hiring are,

The salary packages vary according to the job profiles; certain fields and professions yield high revenues given the revenue driven from their industries.

How Can Skuad Help You with Hiring in Lebanon?

When you are looking to acquire the best talent in Lebanon for your company, you must be prepared for a long process comprising several steps. This can result in the wastage of precious time and resources, which can be better utilized elsewhere. With its unified employment platform, Skuad can help you streamline your hiring processes and acquire the best talent in Lebanon in a quick and efficient manner. Connect with Skuad to know more.