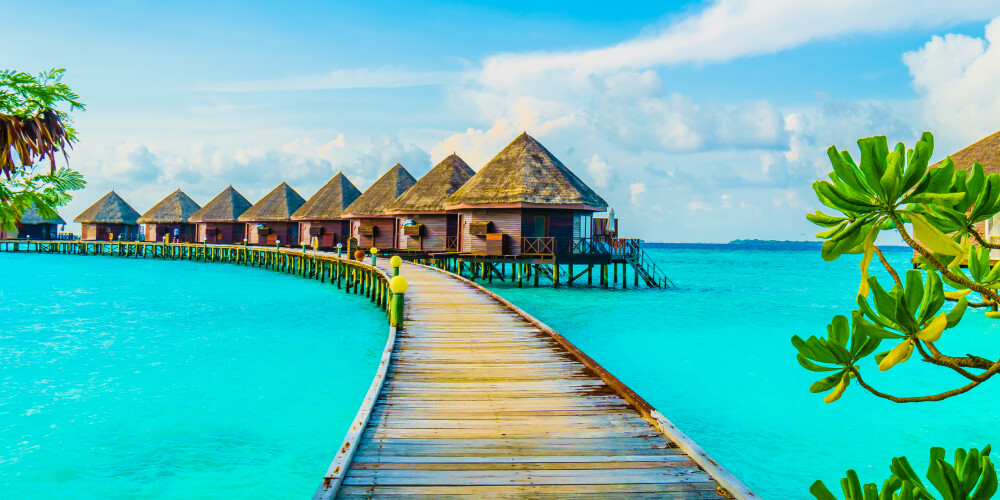 Hire in the Maldives

Just like many other countries in the region, Maldives's economy is dominated by the service sector. The tourism industry plays a big role in running the country's economy, employing over 25,000 people accounting for 28% of the GDP, and is also responsible for 60% of the country's foreign exchange earnings. The Maldives is a sparsely populated nation with only 0.5 million inhabitants, and the unemployment rate is around 6.17%. There is a very slight increase in the unemployment rate since the end of 2018, but the government has already taken steps to tackle the situation.

The country is divided into many islands and is 99% covered by the sea. The beautiful sandy beaches, lagoon areas, flora, and fauna present in its rawest form have given the island the name 'tropical paradise.' Many people travel each year to the archipelago of the Maldives, which has generated plenty of job opportunities in the island's hospitality, healthcare, engineering, and several other sectors. Apart from this, the salaries offered here are higher than those offered on any rural island.

Since the past few decades, the country has witnessed infrastructural development, increased life expectancy, and poverty reduction because of the development of the tourism sector. Less than 3.6% of people live below the poverty line, which is quite remarkable. The service sector makes up 73% of the GDP, followed by the industrial sector that contributes 24% to the economy and the agricultural sector contributes around 4% to the GDP.

The pandemic severely hit the island, and just like many other countries, the economy was affected too. But after the restrictions on international travel were released, surprisingly, more people started traveling to the island for vacations. The GDP growth rate of the country is around 5.2%, with a slight decrease due to the restrictions caused by the pandemic. The foreigner employment rate is 99.6% and that of the inhabitants there is 96.2%, which is quite remarkable.

Tourism is the largest market here, followed by the fishing industry, agriculture, and manufacturing industry. The taxes on the tourism industry has led to the building of mind-blowing infrastructure in the archipelago of the islands. Besides, the inflation rate is also very low, and the GDP is estimated to grow more than 10% in the years to come. The overall revenue is expected to grow even more in the years to come.

Brief glimpses of the industries

Cost of living in the Maldives

Even though renting is considerably cheap in the Maldives, a person's location to settle also matters a lot. The average rent may vary between US $520 – US $975 across the island.

Mentioned below are the few places in the archipelago of Maldives, and the cost of living anywhere in these places is between $700 to $3000 per month.

Top Sectors that are hiring in the Maldives in 2021

Top skills in the Maldives

Tourism is such a wide sector in the Maldives that most of the skills required are related to this industry. Apart from this, the country also requires health care staff such as nurses, teachers, and technicians to handle the tasks assigned in the fishery industry. The healthcare system is growing well here and the education system, and thus, there is a dire need for skilled and capable people to perform tasks in these industries.

Skills and areas which have witnessed a recent growth rate in the Maldives are:

Every city, town, and village have their offerings. Depending on the place an individual decides to live in, salary and cost will vary accordingly.

Hiring cost in the Maldives

The hiring cost in the Maldives varies with many factors, such as the nature of the job, place hiring, and area of posting.

Salary structure for various roles in the Maldives

The table below highlights the average salaries that are offered to employees in the Maldives for various roles: -

Employment law in the Maldives

The Maldives have their employment laws to be followed by the employee and the people hiring these employees. Some of these laws are mentioned here:

How Can Skuad Help You with Hiring in the Maldives?

To conduct seamless hiring processes in the Maldives, you need to ensure complete compliance with government rules and guidelines. This process requires you to invest considerable amounts of resources and time. With Skuad’s unified employment platform, all your hiring requirements are taken care of. Connect with Skuad to know more.