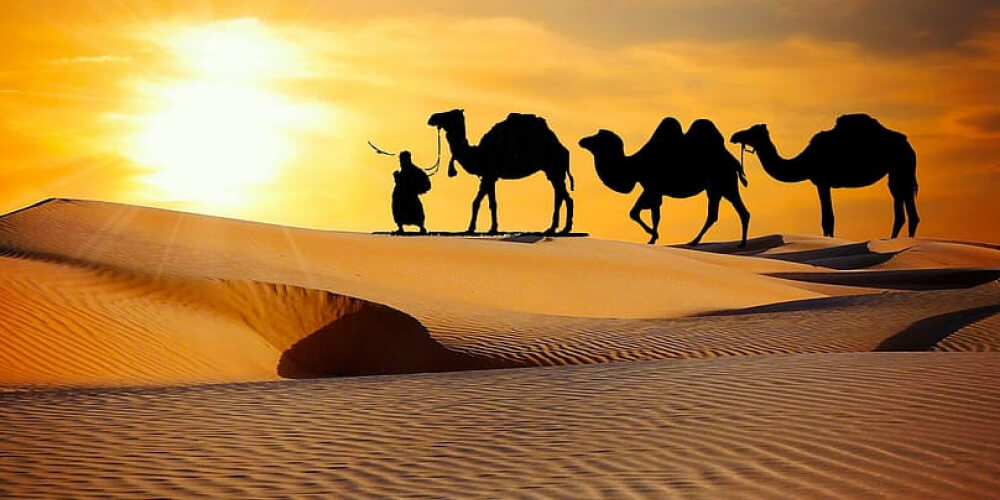 Mauritania is the 28th largest country globally and follows a traditional economic system where most people depend upon agriculture and livestock for their livelihood. Even though the population is 4.3 million, the unemployment rate in 2020 was 10.66 % which is quite high for a developing country. The country is rich in deposits of iron ore which contributes heavily to the country’s total exports. Other mineral commodities include gold, copper, and other metals. The economy is dominated by the industrial sector even though the labor force is largely engaged in the agricultural sector.

The country welcomes enthusiastic job seekers with the required hard skills and soft skills. It is one of the good countries to live in Africa to maintain a peaceful lifestyle and enjoy good facilities and infrastructure. The country also has a large coastline that provides access to abundant fishing areas that offer livelihood to many local fishermen.

The GDP growth rate has decreased by 2.16 % in 2020 and reached a US $7.78 billion valuation. The rate is expected to grow by 3 - 5 % in the coming years. The unemployment rate in 2020 is high and is expected to increase in the next year, and it will take time to reduce the rate.

Mauritania has a traditional economic system where most people depend upon livestock and agriculture for a living. The industrial sector rules the Mauritanian economy. The main industries include agriculture, mining, and petroleum, copper, and exports. The majority of the labor force works in the agricultural sector.

Cost of living in Mauritania

The country is a continuous surprise and has majestic sceneries. It is a peaceful place to live in with good services and infrastructures which have been improving recently. Nouakchott is one of the least expensive cities to live in the world.

The table below depicts the average salaries that are offered to employees in Mauritania according to different sectors: -

Cost of Renting in Mauritania

The top sectors that are expected to hire in 2021 in Mauritania are: -

A wide range of skills might help a person get a good career in Mauritania.  A person with good hard skills and soft skills can use the job opportunities in the country. From doctors and lawyers to teachers and software developers, there is a big door of opportunities waiting for enthusiastic job seekers in the country.

Each city has their quality, and the growth of certain industries may vary depending upon the region

Hiring an employee is not an easy task. It requires a lot of time and effort, and it can be tiring at times. The cost of hiring may depend upon a variety of factors, and the employer should meet the cost of hiring. Some of the factors include:

The employment system of Mauritania is proper and regulated. Factors such as work hours, penalty rates, and overtime payment vary according to the industries. Law no 2004-015, defines the Mauritanian work legislation. It recognizes two types of contracts: fixed-term contracts and non-fixed term contracts. It lays on certain conditions such as: -

How Can Skuad Help You with Hiring in Mauritania?

In the wake of increasing industrial competition in Mauritania, your focus should be on retaining the competitive edge. By engaging in a lengthy and costly recruitment process, you will end up spending more than you ought to. Skuad offers to streamline your hiring process with the help of experienced consultants. Connect with Skuad Experts to know more.