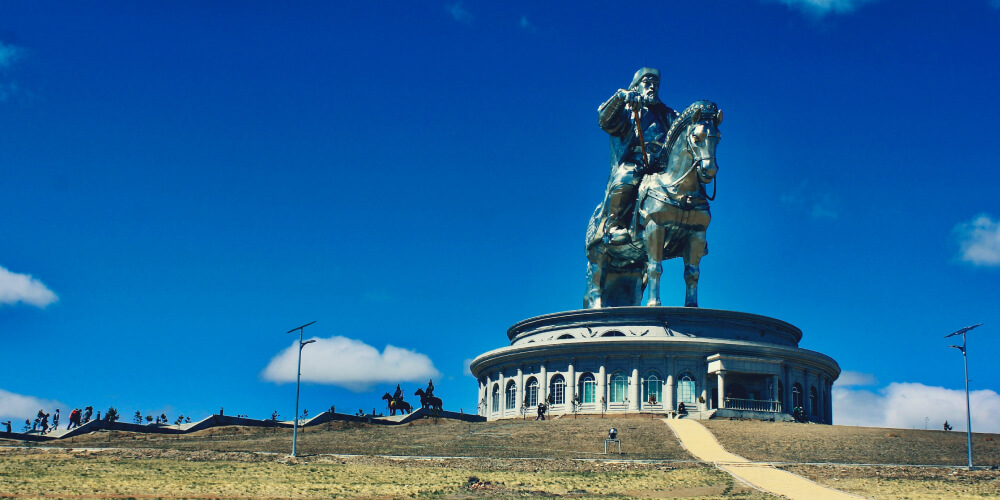 Mongolia's economy has transformed from a traditional agriculture-based economy to a mining and extraction-based industry. Mongolia also has large reserves of minerals such as copper, coal, molybdenum, tin, and tungsten, used widely in industry. Significant investment by foreign enterprises and agencies have led to an economic boom. As stated by the IMF, Mongolia's GDP shot up to US $13.6 billion in market exchange rates while the real GDP increased by 5.1% for the financial year 2019. Many historical and political shifts in the '90s have changed the structure of the economy in Mongolia.

After the reforms in foreign investment, the economy has risen and is emerging to develop infrastructure. The huge influx of 1500 companies across 50 countries has contributed over US $300 billion in Mongolia. Private companies are the key component and contributors of the Mongolian economy, with a 70% share in GDP and 80% share in exports.

With the increasing economic boom, Mongolia expects exponential growth and development to emerge as the new "Asian Tiger" under its "Wolf Economy" strategy. Railway expansion and reinventing housing infrastructure are the key drivers of the economic shift shaping Mongolia's promising future.

Mongolia is a landlocked country bordering Russia and China. Traditionally prevalent in the nomadic culture and with a richly diverse history of the Mongolian empire, Mongolia is shifting to adopt new democratic measures to emerge as a developed and self-reliant nation. Over 30 years, Mongolia has managed to triple its GDP growth. Mongolia's social protection plans have provided a favorable economic climate in rural areas, which has contributed to reducing rural poverty from 34.9% in 2016 to 30.8% in 2018.

Since the pandemic, the Mongolian economy has seen drifting changes. It fell to the worst contraction hit of 5.3% in 2020. As the Mongolian economy is largely industry export-based, the decrease in demand for industry-based materials led to the downfall. The service sector also saw a big hit because of covid restrictions and protocols. However, as the economy recovers worldwide, a steady upward recovery is also expected. In 2021, the economy is expected to recover due to continued efforts to control the pandemic. Econometric models project growth of 7.50% in 2022 from 6.50% at present in 2021.

Mongolia has trade ties and relief ties with IMF and other FDI enterprises that check finances and good productions. Russia and China dominate the market of Mongolia. As Mongolia is landlocked, almost 90% of Mongolian export goods are shipped through China. Russia supplies Mongolia with 90% of petroleum and 20% of electrical power.

The mining industry makes about 30% of all industries. Mongolia is also the largest producer of Cashmere. In the economic freedom score, Mongolia ranks 86th. Since 1997, Mongolia has been a member of the WTO. The effects have changed the Mongolian economy to a market-oriented economy.

Cost of living in Mongolia

Cost of living depending on location

Mongolia has many desired spots and cities workable for living. Among the most sought-after cities is the capital city of Ulaanbaatar, along with Erdenet, Darkhan, as other major spots.

The Mongolian service sector is rapidly expanding because of foreign investments, foreign aid, and companies' government and private establishments, generating jobs in the democratic and liberal setup. Services such as banking, finances, software engineering, tourism, marketing etc. have an ever-increasing demand for ardent professionals.

The cost per hire is calculated by dividing the total amount invested by the number of hires. Advertisement, software, relocation expenses, and more are all considered in the Cost per Hire metric.

These sectors require a wide variety of professionals, which include: -

The Mongolian average monthly salary ranges from 494,000 MNT to 8,710,000 MNT. The income and bonuses in career fields such as Sales, IT, Business Development, Marketing and Architecture are quite high.

This law describes the rights and duties of those engaged in a labor relationship governed by a labor contract. Collective contracts or collective agreements and single or collective labor disputes fall into this category. A description of the working conditions, management, monitoring, and supervision measures to ensure that the law is followed and liability for violations is imposed and ensure mutual equality between the parties is ensured and outlined by the employment laws of Mongolia. The various sections highlighted are: -

How Can Skuad Help You with Hiring in Mongolia?

Conducting a hiring process in Mongolia can be challenging in the wake of various rules and regulations. Rather than investing your time and resources in this complicated process, enjoy hassle-free recruitments with experienced consultants from Skuad. Connect with Skuad Experts to know more.