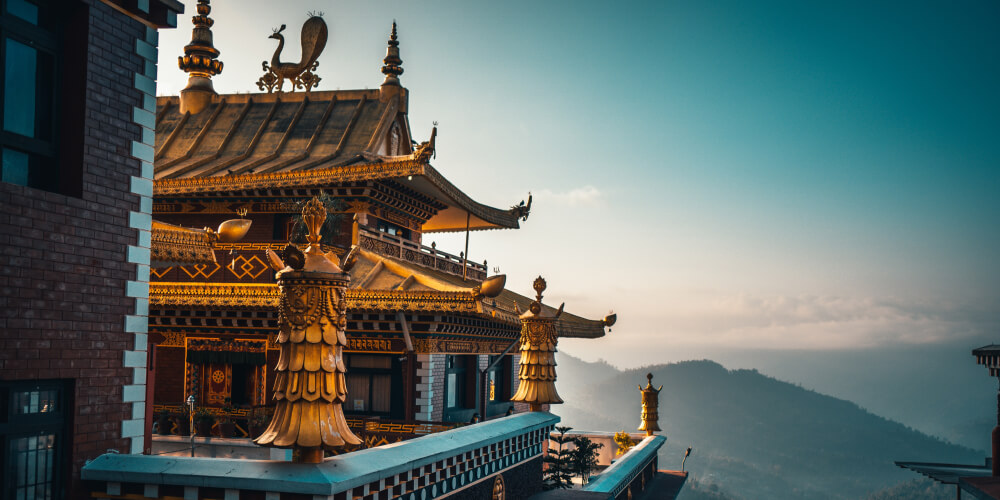 Nepal is a beautiful landlocked country situated in South Asia. The country is positioned in the middle of the Himalayas, with Tibet on one side and India on the other.

The constant change in the political scenario in the country has adversely impacted the economy. As a result, employment in the country is predominantly governed by low earnings and poor work conditions. Further, following the pandemic and the nationwide lockdowns, nearly 3.7 million workers partially or completely lost their jobs. Skuad can assist you in finding the best fit for your company. Talk to a Skuad expert to learn more.

Unfortunately, Nepal is one of the least developed nations in the world. Its economy heavily depends on imports and foreign markets. Most essential commodities are imported by Nepal, from fuel to fertilizers and metals to consumer products.

The political and the administrative system is one of the biggest reasons for the country's under-development. The government has not made any changes concerning trade or investment policies to expedite economic development and attract foreign aid. The programs funded by foreign aid also failed to be effective.

According to a World Bank report, Nepal has successfully added four million jobs in the last decade, and this has been due to its shift from agriculture to services and modern industries. However, out of this, almost half were wage jobs.

Due to the lack of opportunities, there has been a surge in international migrants as they get to earn much higher wages than their counterparts in Nepal. Women find it relatively harder to move to foreign lands for better opportunities, and they also do not get enough prospects in the country, as in most cases, the working conditions are not up to the mark. Foreign workers in the country account for only 5% of the total workplace, which indicates a huge gap that needs to be filled by efficient employees and workers.

Some of the leading industries in Nepal are as follows:

Due to Nepal's lack of well-formed industries, the country heavily relies on foreign aid from international governmental organizations, donor countries, and international financial organizations. Some of their leading donors include the United Kingdom, World Bank, and Asian Development Bank.

Nepal is not well-known for its great internet speed. However, with the increasing number of people using the internet, the government is gradually making better speed and connectivity provisions. Some of the top internet providers in the country are Vianet, Worldlink, Subisu, and Nepal Telecom. To know more about hiring a remote employee in Nepal, book a demo with Skuad now.

After the outbreak of the COVID-19 virus, the unemployment rate in Nepal has increased considerably. Due to the lack of opportunities in the country, a good chunk of the population is moving to the Middle East, India, South Korea, and Japan. As a result of this migration, there is a huge labor shortage in most sectors, including tourism, agriculture, industry, construction, and business. This has a major impact on the general growth of the country.

Some of the key industries hiring in Nepal are as follows:

Let us look into the top skills available in the country in different cities:

When there's so much to offer, it becomes tricky to hire the right set of people for your team. Skuad can help you find, hire, and manage excellent local talent and make expansion in Nepal a hassle-free task.

The standard of living in Nepal is comparatively lower than most countries in the world. Life here is rather simple, and the gap between the rich and the poor is not evident. The cost of living in Kathmandu, the capital of Nepal, is higher than in other cities such as Pokhara, Janakpur, Biratnagar, or Birgunj.

The table below gives an idea about the difference in the cost of living in different cities.

Even though Nepal's Interim Constitution of 2007 states that healthcare is a fundamental right and everyone should have access to free healthcare, the reality is different. The average cost of healthcare per person per year in Nepal is USD 6.80 (811.94 NPR), which translates to 5% of the total per capita expenditures.

Skuad experts can help you handle global talent seamlessly. Get in touch with us to learn more!

Recently, workers' minimum wage was raised in Nepal, and the current minimum wage is USD 127 (15,164 NPR). Generally, the salary structure in Nepal changes drastically depending on the job and place in which it is situated. The salary range varies from USD 127.50 (15,234 NPR) to USD 452.04 (53,974 NPR). This salary often includes bonuses and all other allowances.

The table below shows the difference in salaries for various jobs in Nepal.

Most employees in Nepal have a salary increment of approximately 4% in 29 months. Learn more by talking to Skuad experts.

There has been a recent change in the employment laws in Nepal with the introduction of the New Labor Act. The new Act provides a lot of flexibility in hiring, giving employees clear provisions on the working hours and classification of roles. It also gives employers proper rights for the execution of their supervision and direction. The new law also provides formal recognition of outsourcing, enabling access to better talent.

Working Hours and Overtime: According to the new labor laws, the working hours in the country are eight hours a day and 48 hours a week. The overtime wage of the wage earners is one and a half times the workers' ordinary wage, and the maximum overtime that can be done is 24 hours a week.

Annual Leave: The annual leave in Nepal is based on the number of days employees work in the company. All employees are eligible for 13 public holidays. The Act allows workers a fully paid sick leave of 12 days per year. These sick leaves can be accumulated for a maximum of 45 days by the end of the year. Female workers are given 98 days off as maternity leave, and they are paid for 60 days. For paternity leaves, workers are given 15 days off, and these leaves are fully paid.

Drawbacks: Some of the employment issues relevant in the country are the pay gap between male and female employees, lack of anti-harassment rules in the employment sector, and a more inclusive workplace for people from the queer community.

Although the labor legislation in Nepal is more straightforward than in other countries, handling international legalities and taxation requires expertise. Skuad's EOR solutions for Nepal can help expand your business while adhering to the tax legislation, labor laws, and contracts.

How Can Skuad Help You in Hiring in Nepal?

Hiring in Nepal is a colossal task that requires a great deal of hard work, collecting information of the laws, demographics, hiring costs, living costs city-wise, statistics, and more. Skuad is a capable HR platform to hire exceptional talent from all over the world. The digital EOR platform takes care of all critical aspects of business expansion, such as sourcing and vetting talent, onboarding, global digital contracts, managing payroll, compliance, and tax filing.

A dedicated team of experts working for you across time zones and delivering excellent results allows you to focus on the business side of things without worrying about the detailed and complex hiring process. For more information, connect with Skuad experts and book a demo.