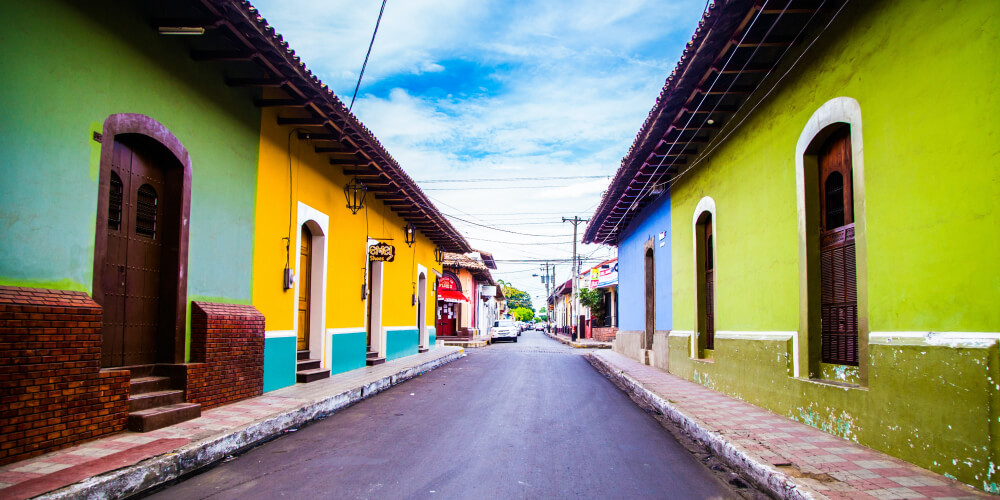 Nicaragua is a small country that boasts a diverse ethnic population - many speaking multiple languages though Spanish remains the official language in the country. Just over 50% of the population lives in urban cities, of which the country's capital Managua is the biggest and most expensive. If you can afford to live there, it is easy to manage in the rest of the country. Almost a sixth of the country resides in the capital – the population of this city is just above a million people.

The Nicaraguan economy has seen a recent rise in the country's GDP as it recovers from the effects of the pandemic, unrest, and natural disasters. The majority contribution to the GDP is the services industry, which makes up 49.7% of the total GDP, with the manufacturing and construction industries being second. The country has a population of 6.5 million in 2021. Of this number, 64.7% are between the ages of 15 and 65. As of 2021, the unemployment rate is 8.1% - with a projected increase to 11.1% in 2021.

The International Monetary Fund expects the economy to see a stabilized inflation rate, for the GDP to rise steadily and for the country to see a much-improved unemployment rate in the next five years.

Currently, Nicaragua is one of the poorest countries in the Americas. The World Bank Ease of Doing Business ranking in 2020 was 142 of 189. Nicaragua's economy is having a score of 56.3 in economic freedom in 2021. The score dropped due to tighter trade regulations and as the economy remains largely unfree.

The GDP of the country (adjusted for purchasing power parity) as of 2020 is estimated at US $36 billion. The GDP per capita (adjusted for purchasing power parity) is just US $5,500 - this puts the country at a global ranking of 142. Nicaragua has faced recession for many years - compounded by political unrest, natural disasters, and the pandemic. However, the World Bank is hopeful that the GDP will see a rise of 0.9% in 2021 and begin its recovery. However, the International Trade Administration reports an expected contraction in the economy as political and democratic processes are consistently undermined. Nevertheless, Nicaragua remains one of the poorest and most underdeveloped countries in Latin America.

Nicaragua largely relies on agricultural exports, construction, and tourism. With large swathes of the population engaged in these three. However, all three industries have been compromised due to natural disasters like the multiple hurricanes that hit the pacific last year and a lack of government competency. Lack of free trade decreases the market size considerably. Furthermore, the tourism industry has been positively decimated due to the pandemic and other natural disasters, putting a stop to the international movement for the last two years.

The country has a lot of potential to consider. Nicaragua holds vital economic resources within its borders. For example, it has an ecologically diverse geography which makes for an excellent tourist destination. It has a well-developed export industry that focuses on many profitable commodities, like coffee, beef, sugar, and peanuts.

The country also has a young labor force, as mentioned earlier, that supports the large manufacturing and services sectors. Better laws and better implementation of said laws under a competent government have been recommended by the ITA to allow Nicaragua to flourish.

Cost of living in Nicaragua

Nicaraguan Córdoba or NIO is the currency; it's the lowest valued currency in the western hemisphere. Number reports that a single person can live for the US $544.92 a month without rent. The rent itself is estimated to be within US $100-US $200.

The cost of living, while low to foreigners, is high for the citizens themselves as many live below the poverty line, and the minimum wages are well below the cost of living. However, a salary of US $1000 per month per person can ensure a comfortable if not luxurious life in Nicaragua.

Nicaragua is a South American nation where the cost of renting is based on two primary factors, i.e. the size of the premises and the location. An apartment located within the city centre will fetch a higher rent than a house in the suburbs. The cost of renting is also affected by the facilities required by you.

The country's large youth base works in the manufacturing and service sectors. As such, there is a severe shortage of jobs in the technical fields. Major skills and areas which have witnessed a recent growth rate are:

There are various skills needed in the civil infrastructure department as well; after all, Nicaragua is located in such a way that it is susceptible to hurricanes and earthquakes, which leave the infrastructure in ruins. There is also a great demand for native English teachers in the country. This demand is also present with various other technical and scientific fields.

Salaries are very low in Nicaragua, but often, for the skilled positions, they are more than enough when the cost of living is kept in mind. These estimates are based in the capital city of Managua.

How Can Skuad Help You with Hiring in Nicaragua?

When it comes to hiring the best talent in Nicaragua, you must avail the services of experts. The employment sector of the economy is heavily regulated, and employers must abide by all of the specified guidelines. Skuad offers a comprehensive solution for all your hiring requirements with the expertise of seasoned consultants. Connect with Skuad Experts to know more.