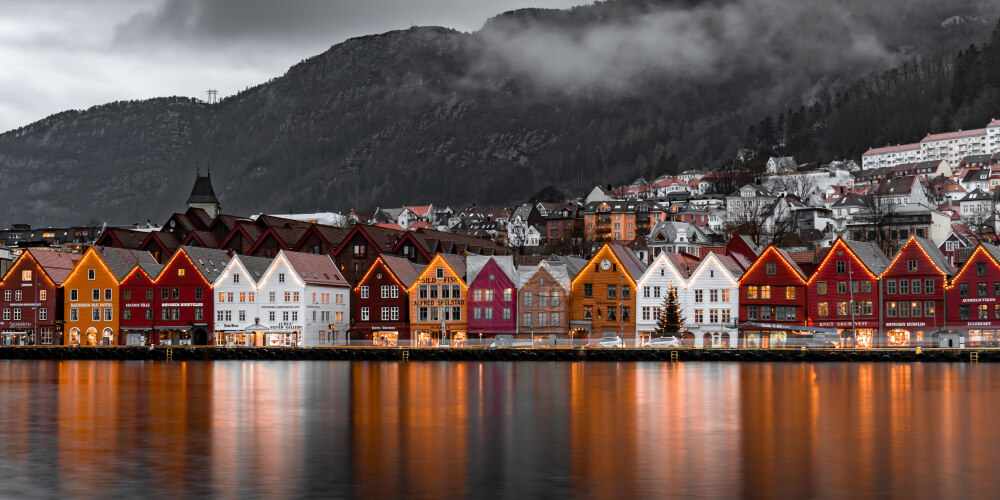 Norway is a Scandinavian country with a population of over five million people. It is a stable economy with a low unemployment rate and is known for its natural resources and vibrant economic sectors such as oil and gas, fishery, and mining.

According to the Bloomberg report, the number of job vacancies in Norway is rising to their highest level in a decade. The economy has improved due to higher oil prices and growth in the petroleum industry. In 2018, the central bank recorded a low unemployment rate of 3.8%, but this is predicted to rise. The cost of living in Norway is relatively higher compared to the rest of the continent.

All these factors make Norway an ideal destination for foreign investment and expansion. Since Norway has intricate employment and labor laws, hiring in the country is difficult without expert guidance and local knowledge. Skuad’s Employer of Record (EOR) services can expedite your expansion by helping you to hire the best talent from Norway without hassle. To learn more, get in touch with Skuad experts.

As per the World Economy Outlook Database report, the economy of Norway is estimated to grow by 2.9% in the first quarter of 2021. This is a notable improvement from the last quarter of 2020. However, inflation rates remain steady at around 2.4% for the year 2020.

The job market in Norway is stable. The pandemic had influenced employment opportunities due to mobility constraints. Nevertheless, the situation is seeing signs of improvement, and there is a rising demand for seasonal workers. The country needs labor inflow from abroad to cater to the needs of the shipping and offshore oil and gas industries. As of 2020, 2.01% of Norwegian citizens work in the agricultural sector, 19.1% are engaged in the industry sector, and 78.89% are employed in the service industry.

A brief glimpse of industries in Norway

Norway has high-speed internet across the country with an average connection speed of 48.3 Mbps, making it among the top 5 countries in the world with the fastest internet speeds.

Norway has a stable job market, mostly dependent on natural resources. Though English is widely spoken, the local language, Norwegian, is used in many organizations.

The major hiring industries in Norway include:

‍Top Skills by City and Occupation in Norway

Oslo is known as the economic and governmental hub of Norway. The capital city has major government institutions. Its location toward the south of Norway and proximity to the sea has made it a hub for the Norwegian trade and shipping industry and the banking sector. It is now a center for maritime trade and industry in Europe. Here are the top skills in the major industries in Oslo:

The second-most prominent city in Norway is Bergen. It boasts a rich heritage and an international center in the field of aquaculture. There are a lot of opportunities for the offshore petroleum and shipping industries. Bergen has evolved to become the national center for marine education (the University of Bergen is Norway’s largest marine studies institute) and is a tourist attraction.

Other major cities in Norway include Stavanger and Hammerfest, both major office hubs of various local and foreign-based oil and gas companies. Both the cities have witnessed rapid growth due to the offshore oil industry, which is the economic backbone of Norway and provides enormous employment opportunities for citizens and ex-pats.

Cost of Living in Norway

Cost of Renting in Norway

The cost of hiring is an important factor to consider while employing people. This cost depends on various other factors, such as the cost of living in the city and the overall expenditure in a city. The average person working in Norway typically earns around 612,000 NOK (USD 71,011) per year. Salaries can range from the lowest wages of 155,000 NOK(USD 17,985) to around 2,730,000 NOK (USD 316,768) for highly skilled employees. When you wish to hire someone in a city in Norway, several important factors affect the cost of hiring, including:

The following table reflects the average annual salary drawn by employees of various sectors in NOK.

Some features of the Norwegian Working Environment Act are given below.

Employees in full-time roles can work for 40 hours a week. The Act ensures employees have the right to reduced working hours due to personal health and social reasons.

All working employees are entitled to four weeks and one day of paid working leave every calendar year. Employees above 60 are entitled to one additional week yearly. There are special allowances for maternity and paternity leave for all employees.

Employees are entitled to three days of leave without a medical certificate. Daily sickness benefit is passed on to employees equal to their pensionable income. There are also additional benefits for absence from work to care for a sick child.

Decrease in Employees Working From Home

In March 2020, when the COVID-19 pandemic led to social distancing and nationwide shutdowns, 59% of Norwegians worked from home. In 2022, as countries and businesses have reopened, only 30% of Norwegians primarily work from home.

Despite this decrease, this is still a high percentage of remote workers, accounting for about 780,000 Norwegians. In addition, the number of remote workers is forecasted to increase by 30% by 2030 as more Gen-Z employees join the workforce.

Certain industries are hiring the most workers in Norway in 2022. The in-demand industries in Norway are healthcare, technology, retail, real estate, transportation, sustainability, and green economies.

The most in-demand job positions in Norway are:

Independent contractors who are freelancers are also on the rise, with 4.7% of Norwegian workers being self-employed, making it an excellent time to hire contractors in Norway.

The top companies hiring in Norway are:

How Can Skuad Help You in Hiring in Norway?

Hiring in Norway is a multi-faceted task that requires in-depth knowledge of the laws, trends, hiring costs, living costs city-wise, and primary industrial sectors. Skuad can partner with your company to provide a one-stop solution handling every minute aspect of the hiring process.

By taking over HR tasks for recruitment, including finding, vetting, selecting, hiring, and onboarding the requisite talent, we give you the freedom and time to focus on your expansion without undue stress. Connect with Skuad experts to know more.