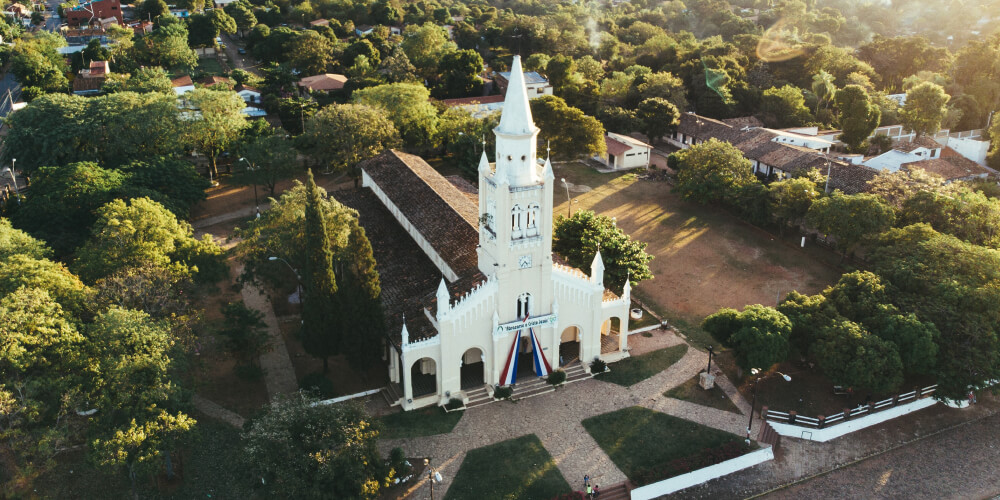 Paraguay is a country situated in South America and is bordered by Brazil, Argentina, and Bolivia. The population here is around 7 million, and the capital city of this country is Asunción. This country's economy is highly dependent on agricultural produce. Soya beans and meat exports contribute billions of dollars to the country's GDP every year. Even though the economy here was severely affected by the COVID-19 pandemic, the authorities and the cooperation of citizens were able to bring it back on its own two feet in a short period. The history and culture of this country are quite rich. Nature blooms here in its rawest form. The coast, rivers and beaches surrounding the country give it a peaceful atmosphere. It is a recommended place for people looking for a peaceful environment to live and work in.

After facing a major economic crisis in 1999, Paraguay could bounce back on its own two feet. The population of this country is not large, with only around 7.4 million+ inhabitants, and the GDP is around 3,814.53 crores USD according to 2019 statistics. The unemployment rate here was quite high because of the lack of working opportunities. Still, the government is tying up with many big companies interested in investing in this raw and untouched land. This has promised an increase in the working opportunities here in Paraguay.

The pandemic affected Paraguay's economy quite harshly. A decline of 5% of the GDP was predicted in the year 2020. But the country was quite impressively able to beat the pandemic. The people here were cooperative enough to understand the graveness of the situation and took action accordingly. The authorities here were able to bring the country back to its original working schedule. The government is working quite impressively to improve the country's business climate and are also trying their best to improve governance.

The COVID-19 pandemic caused more harm to the already underdeveloped service sector here in Paraguay. So, to compensate for the laws, many people took aid from e-commerce. Agriculture is a massive occupation here and contributes a lot to the country's GDP. But research suggests that even in Paraguay's capital city, Asuncion, the monthly wages for certain engineering professions are quite low. So, people planning to move to this country should do proper research about the sustainability of the profession they choose to work in.

A brief glimpses of industries in Paraguay

Cost of Living in Paraguay

People who are wishing to discover an unspoiled land should choose Paraguay. The living cost is 1.3 times less than the world average. The people here are warm and welcoming, and the culture is quite rich as well. The average monthly cost of living here is somewhere around US $565 for an individual, but the following table gives proper details of total expenditure in Paraguay.

Cost of renting in Paraguay

The factors affecting the cost of renting a place in Paraguay depend on a number of factors, such as the locality you choose. The availability of resources in the vicinity also affects the renting costs of houses and apartments. But it is quite evident that the rents here are a lot less than the other countries in the American continent. The average rent of a house for an is somewhere around $565, and for a family of four, it is somewhere around $1393.

The location you choose to live in will greatly affect the overall cost and expenditure of living. The lifestyle also varies with the cities and their popularity. Following are the cities in Paraguay

Paraguay has plenty of pristine lands. The service sector here is still quite dormant. To cater to this need, the government is opening doors to countless opportunities. Here the service sector has a plethora of vacancies for individuals that are skilled enough to carry out their tasks efficiently.

Each city in Paraguay has its own unique features and things to offer to its population. The salary and stay costs vary with each city. The capital city is comparatively costlier than the other cities here. But the overall cost of living in Paraguay is 55% less than in New York.

The most important factor that affects the chances of employment of an employee is the hiring cost. One has to keep in mind the factors involving the hiring cost in any sector. Some of these are:

The sectors recruiting international or national employees must follow a certain protocol. They have to be followed the following laws while hiring an employee

How Can Skuad Help You with Hiring in Paraguay?

With several rules and regulations to be addressed while recruiting new talent, hiring processes in Paraguay can become complicated and time-consuming. But with Skuad as your hiring partner, you can get the best talent for your organization in a quick time. Connect with Skuad Experts to know more.