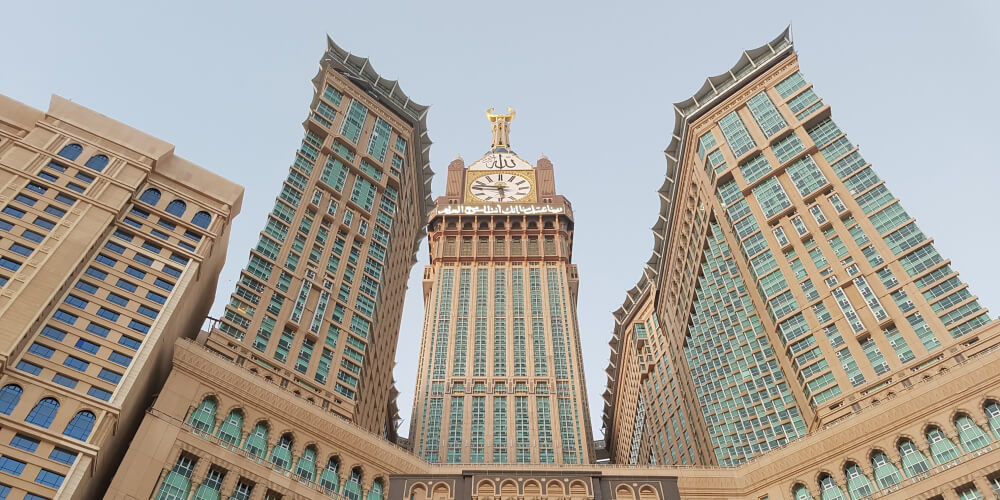 An emerging middle east country situated in the western Asian region is Saudi Arabia. It is home to nearly 34.08 million individuals, but surprisingly its unemployment rate is as low as 8.50%, with a decline of 0.1% last year. The Kingdom of Saudi Arabia adopted a remarkable strategy to combat the COVID-19 pandemic. The country systematically tackled the pandemic and got placed amongst the top 20 countries in the international ranking to overcome a possible disaster. Apart from this, the female employment rate has increased from 68 to 78 percent between 2018 to 2020. A dramatic change is seen in the overall perspective of the people of this country.

Apart from this, Saudi Arabia is home to the two holiest cities in Islam, Mecca, and Medina. Hundreds of thousands of devotees come to these cities to perform the holy pilgrimage, thereby generating a lot of cash flow for the Saudi Arabian economy. People from countries like India, Pakistan, and Bangladesh frequently come to the country to seek employment opportunities. This country offers a lavish lifestyle, beautiful landscapes of the desert regions, and whatnot. It is an emerging country of the middle east with a plethora of opportunities for the seekers.

The economic sector here in Saudi Arabia is dominated by the export of oil to many countries. The country holds 19th position in the GDP ranking (2021) and 71st position in the overall prosperity index. Around 6 million foreign workers are a part of the driving force behind the country's booming economy. With the petroleum industry dominating the country, it is considered an energy superpower and a part of OPEC. This is one reason that the cash flow in the economy did not slow down till the pandemic situation happened, but the authorities were able to recover and bring the country back to its feet in a quick time.‍

According to the reports, the Saudi Arabian economy will bounce back to where it was and witness positive growth after the COVID-19 pandemic restrictions are completely lifted. A 2.3% growth in the overall GDP output is expected between 2012 to 2024. Saudi Kingdom's economy is said to witness dramatic growth with increasing oil prices and a growing world economy.

Saudi Arabia's economy is amongst the top 20 in the world and is the largest in the Middle East. The country is also a member of G20 countries. According to the 2014 surplus budget of Saudi Arabia, oil and non-oil revenues accounted for $10 billion in profit.

Cost of Living in Saudi Arabia

The living cost of a single individual is US $650 (2,450 SAR) and is one of the cheapest places to live in despite having a really strong economy. The country provides an affordable place to live in and is a preferred living destination for many Indians, Pakistani and Bangladeshi people.

Cost of renting and living in Saudi Arabia

The cost of renting and living in Saudi Arabia varies with the cities, lifestyle, and location. According to data obtained from Nuembo, an individual must spend around USD $650 (2,450 SAR) on average, and the rent of a one-bedroom apartment in a city can be around US $350 (1,312 SAR).

The top sectors that are expected to hire in 2021 in Saudi Arabia are: -

Saudi Arabia is a free economy where there are plenty of job opportunities available for skilled professionals. With the increasing demand and requirement of new world skills, the chances of employment in this country are higher for those individuals who can efficiently perform the task given. From technicians to drivers to engineers to managers, the Kingdom of Saudi has a lot to offer.

The most important factor in the recruitment of an employee is the hiring cost. Several factors are to be considered before letting an employee be a part of a company, such as: -

Listed below is the salary structure for various roles in Saudi Arabia across different job profiles.

The labor market in Saudi Arabia is governed through various legislations and rules passed by the government. The Labor Law of Saudi Arabia has various provisions regarding aspects such as: -

How Can Skuad Help You with Hiring in Saudi Arabia?

In order to manage your human resources requirements in Saudi Arabia, you must be willing to put in considerable time and resources to manage the hiring process. At the same time, your focus should be on the growth and expansion of your business. With the help of Skuad’s unified employment platform, all your hiring requirements are taken care of. Connect with Skuad to know more.