Hire in Trinidad and Tobago 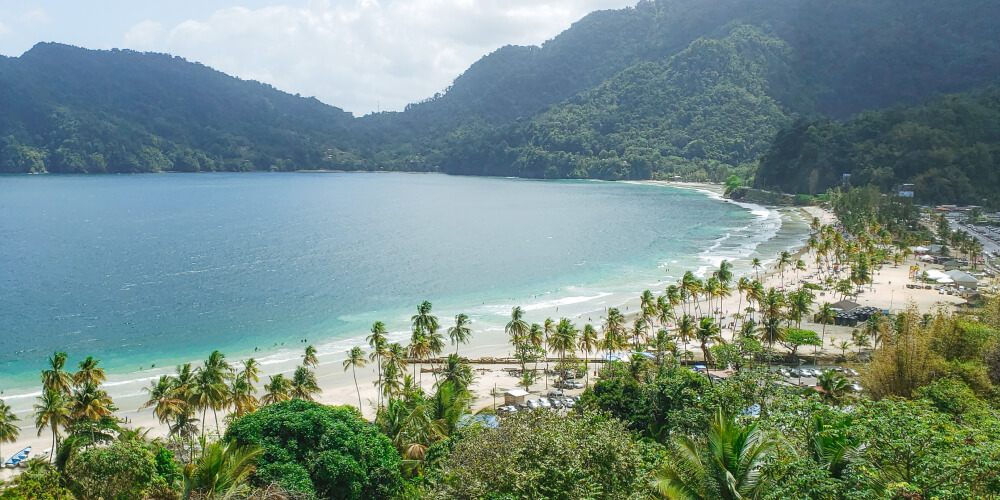 Trinidad and Tobago is the wealthiest country in the Caribbean and has the fifth-richest Gross Domestic Product (GDP) per capita in the Americas. The nation has become a major investment site for foreign investors and has given unbelievable growth returns in past years. Trinidad and Tobago’s hard-working population’s efforts have led to astounding development, as the country is transitioning and growing very rapidly. It is the leading producer of oil and gas in the Caribbean region.

Trinidad and Tobago were in an economic downturn for the past decade. Currently, it is poised for an economic boom. As a result, the information technology (IT), business, manufacturing, and energy sectors are witnessing rapid economic growth after the COVID-19 surge. Most of the employable talent in the nation is looking for new jobs in the IT, tourism, manufacturing, trade, and petroleum sectors. Apart from this, the nation has shown a significant incline in social development and has been awarded the happiest nation in the Caribbean region.

Overview of Trinidad and Tobago

As per Investopedia’s reports, Trinidad and Tobago’s economy has had a robust past because of the enormous growth in the petroleum and natural gas sectors. The exports have increased tremendously, and the petrochemical sector accounts for 80% of it. Further, 40% of the nation’s GDP is also accounted for by this sector. The country is heavily dependent on energy-based revenues; hence, the government has taken initiatives to diversify the economy. The expert analysts have given a growth forecast of 3.3% between the third and fourth quarters of 2021. Apart from oil and gas, Trinidad and Tobago’s economy also depends on manufacturing, mining, trade, transport, and repairs.

The nation’s market is expanding to accommodate all its working-age population with sustainable jobs. There is growth in the energy, petrochemicals, trade, manufacturing, IT, and service sectors. The government has taken many steps to increase the diversification of economic growth, which has led to an increase in opportunities in other sectors as well. Moreover, the chemical sector has also witnessed a significant leap in the past decade.

The average download speed in Trinidad and Tobago is,

The average upload speed is,

To know more about hiring remote employees in Trinidad and Tobago, book a demo with Skuad now

Hiring Cost in Trinidad and Tobago

The cost of living in a country depends on various factors, such as which city the person lives in, the type of industry dominant in that area, the state revenue, the taxation policies, and much more.

The average cost of renting in Trinidad and Tobago ranges from USD 350 to 650 per month, varying across cities and accommodation choices. The cost of living alone is higher than living in a shared living space.

Cost of Living and Cost of Renting: City-wise Breakdown

Skuad experts can help you handle global talent seamlessly, whether it concerns vetting, recruiting, hiring, or onboarding employees. Get in touch with us to learn more!

Talent in Trinidad and Tobago

Top Skills in Trinidad and Tobago

Trinidad and Tobago is a nation that highly invests in the manufacturing sector to generate more employment opportunities for youth, making it a very dynamic job market. There are plenty of job opportunities at the entry-level for enterprising and ambitious freshers. Experienced and industry experts excel in senior-level positions.

Major industries hiring the most in Trinidad and Tobago include,

Top Skills: Strength of materials, geomechanics, and drilling and exploration

Salary Structure for Various Roles in Trinidad and Tobago

The following table reflects the average annual salary drawn by employees of various sectors in TTD.

Employment Laws in Trinidad and Tobago

The main employment laws are as follows:

Some points to note are

Skuad’s EOR solutions for Trinidad and Tobago can help expand your business while adhering to the tax legislation, labor laws, and contracts.

How Can Skuad Help You in Hiring in Trinidad and Tobago?

Hiring in Trinidad and Tobago is a multi-faceted task requiring in-depth knowledge of the laws, trends, hiring costs, living costs city-wise, and more. Skuad comes onboard as a one-stop solution handling every minute aspect of recruitment. It gives you the freedom and time to focus on your project and expansion plans without any hiring stress. It’s the perfect solution to build, pay, and manage a team in Trinidad and Tobago. Connect with Skuad experts to know more.