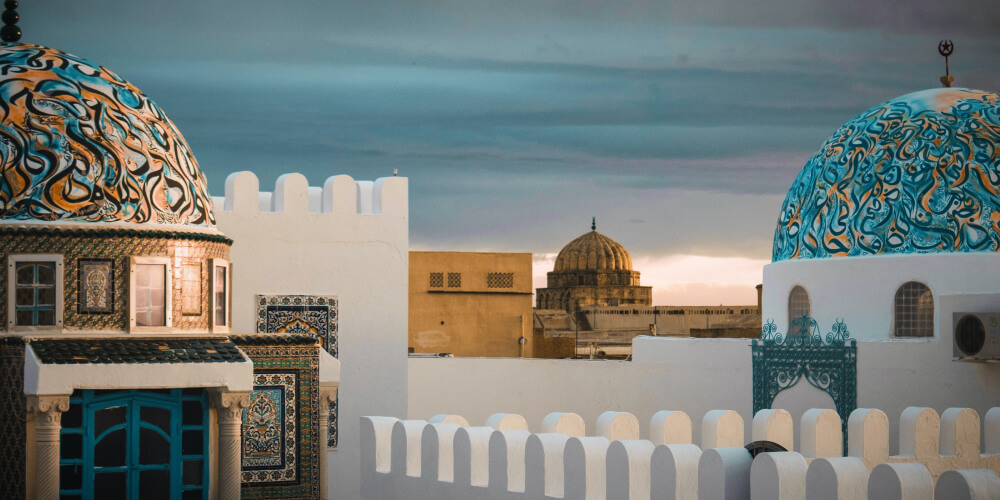 Tunisia is a country in the north of Africa running along the Mediterranean Sea coastline. Tunisia is rich in culture and history, with a mix of Arab and African cultures. The population of Tunisia saw a double expansion in the 20th century. The demography of Tunisia is favorable, and the country has demonstrated drastic improvements in the recent decade.

Tunisia's political landscape can be seen as republican democracy. The People's Chamber holds legislative powers, and the President is the head of the state. There have been minor tensions politically due to the Arab Spring; however, Tunisia has remained politically stable in recent years, giving much space to development.

Tunisia is well connected with the United Nations, OIC, Arab League and African Union. Tunisia enjoys a fruitful relationship with its European counterparts. Aid, funds, and investments have seen a significant rise in recent years.

Tunisia's economy is a mixed planned and a market economy. Tunisia's economy is heavily reliant on exports such as petroleum and phosphates. The manufacturing sector also enjoys a significant population and contribution to the economy. Agriculture and related products, especially forestry and fishing, have also been heavily invested in uplifting the grass-root level in Tunisia. Tunisia is home to various world-class tourist spots; hence, the tourism sector is a promising revenue sector.

Reforms in the '80s after the debt crisis shifted Tunisia's economy to a market-oriented economy. Prices were liberalized, and new structural changes were incorporated, such as reduced tariffs, reform models etc. Major exports in Tunisia include crude oil, food products like olive oil, dates, electronics, and electric components. Tunisia's economic freedom score was 56.6 in 2021. Since the Arab Spring and pandemic crisis, Tunisia is showing speedy recovery with every passing day. Tunisia's recovery plan includes bolstering foreign investment, improving the export sector and increasing revenue by developing the tourism sector. In 2018 exports increased to 19% as compared to 2017.

A brief glimpse of the industries in Tunisia

Tunisia is 40-60% cheaper than the United States.

Tunisia has many emerging cities developing with every passing day due to economic investment and political stability. With capital flowing inwards and the government using the funds efficiently, cities are developing as tourist hot spots and top professional hubs for employment that make a living in Tunisia promising.

The cost of living in these cities per person are

Top sectors hiring in Tunisia in 2021 are

The Tunisian service sector has expanded rapidly because of foreign investment, foreign aid, and private and public establishments that generate jobs in a democratic and liberal environment. Professionals in banking, finance, ICT jobs, software engineering, tourism, and marketing are in high demand. IT, Education, Engineers, Software, and IT professionals and Marketing, Communication, and Marketing specialists are top job applicants visible from the Tunisian service sector. Top skills required in Tunisia are:

The hiring cost has a crucial impact on the operations of the companies in Tunisia. Some of the most important factors that affect hiring costs in Tunisia are

The Tunisian Labour Code lays the ground for all employment-related procedures. The contracts can be oral or written with date, time and place specified and all conditions laid forward in front of the employee by the employer with absolute transparency. A minimum working hours per week 40-48 depending upon the contact. A labour inspector issues the permission for overtime and keeps check on the overtime hours. The overtime cannot extend beyond 20-60 hours per week, depending upon the overall labour agreement. Guidelines for sick leaves, paid maternity leaves, vacation days and public holidays are provided under the law. Healthcare is accessible via social security funds.

How Can Skuad Help You with Hiring in Tunisia?

Conducting recruitment in Tunisia is a prolonged process that must be completed as per government laws. To ensure optimal utilization of your resources, you need to partner with experts in the industry. Skuad has a team of highly experienced consultants to take care of all your recruitment processes. Connect with Skuad Experts to know more.