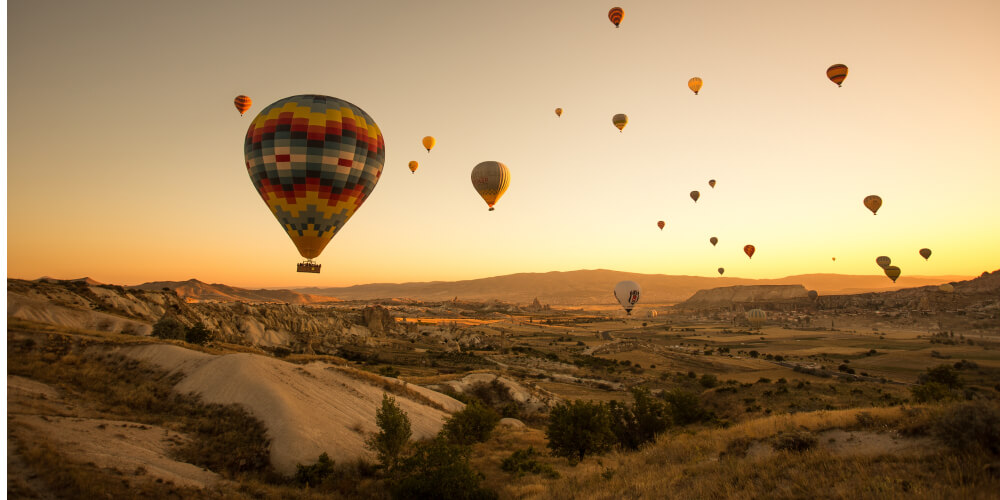 Turkey is ranked as the 20th largest economy in the world according to the nominal GDP (Gross Domestic Product). The service sector is the dominant industry in Turkey with a share of 60.7%, followed by the industrial sector with 32. 3% and then comes the agricultural sector.

The economy is increasingly being driven by the industry and service sectors. Textiles, clothing, steel - iron, consumer electronics, locomotives, and wagons are some of the major economic sectors which have contributed to the gradual growth of Turkey's GDP that has been pegged at the US $2.7 trillion in terms of PPP, placing it as the 11th largest economy in the world with a per capita income of $32,278. The newly digitized economy has also opened up avenues in the telecommunications industry. The decision of telecommunication liberalization is one of the key factors behind the success of Turkey in the sector. Expats wishing to relocate or work on a remote basis can find a plethora of lucrative growth opportunities due to the country's free and open market. It is the 20th largest economy globally in nominal GDP with a per capita income of US $9,327.

From textiles to manufacturing, several sectors dominate the market of Turkey. Global ventures who wish to expand their businesses in Turkey can find many lucrative and emerging industries to invest in and outsource their services. Its luxury market has jumped up by almost 37%, creating an estimated US $3 billion revenue last year. The market also draws from its export and import trade with the United States.

The agricultural sector accounts for about 10% of the country's entire export. Owing to the rich topography and fertile soil, the country is known to produce many exotic vegetables and fruits such as hazelnuts, cherries, figs, olives, lemons, grapefruits, and almonds. Turkish fisheries are also one of the major contributors to the agricultural sector.

Cost of living in Turkey

The living expenses in Turkey are quite considerable, but it is still extremely affordable compared to the US and UK. The expenses largely depend on the city-specific locations. Istanbul is one of the favorites when it comes to expats. However, it is not the cheapest city in Turkey. Still, its affluent lifestyle, amenities, and cultural vibes make it the most important. Some of the affordable options will be Izmir and Ankara if you are on a tight budget.

Turkey is an expensive destination, and the cost of hiring has been lately increasing owing to the increase in labor cost in 2021. From 221.93 points, the labor cost has been increased to 256.18 points in 2022. The cost of hiring depends on multiple factors, and companies willing to hire candidates on a remote basis or on-premises should keep these in mind,

Different salary packages are given to candidates in different fields. Turkey's affluent lifestyle allows the candidates to earn enough in various fields and areas-

Turkey is one of the members of the International Labor Organization, and it has proper laws and acts that protect the rights of the employees, given the working relationship is based on an employment contract.

How Can Skuad Help You with Hiring in Turkey?

With several legislations and rules to be followed while recruiting new employees, hiring processes in Turkey can turn out to be a bit prolonged and expensive. But with Skuad as your Employer of record partner in Turkey, you can acquire the best talent at minimal.