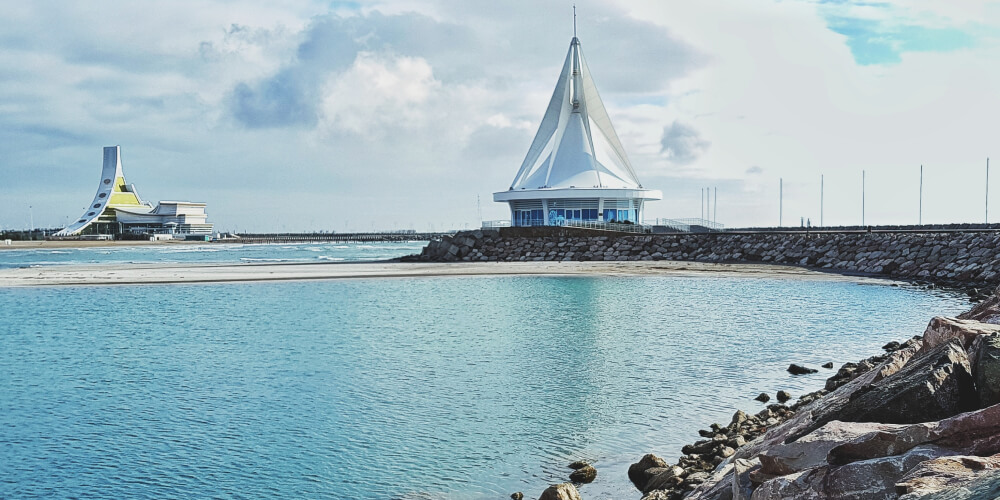 Turkmenistan is a country in Central Asia on the silk trade route. It is bordered by Kazakhstan and Uzbekistan, and the Caspian Sea. Ashgabat, the capital of Turkmenistan, is conceptualized around the soviet style and has grand monuments. Turkmenistan has a population of 6 million and a national adult literacy rate of 99.7% in 2014, with a remarkable 0% drop from 1995.

In late 2014, global energy prices collapsed, causing the economy to enter a deep recession. The recovery in the economy has been possible due to foreign aids and funds. In Turkmenistan, the exchange rate has been fixed since 2009. According to the International Energy Agency, Turkmenistan ranks fourth in the world for its natural gas reserves as of 2020. Turkmenistan exports a large amount of cotton overseas and grows wheat for internal consumption. Turkmenistan's GDP has seen improvements over the years before the pandemic. GDP increased from 6.2 to 6.3 % in 2019, which saw a drastic decline due to the pandemic with a fall to 1.%. Signs of recovery have been predicted, and the GDP has jumped up to 4%. Turkmenistan ranked 86th in global GDP rank in 2016.

Natural gas, oil, petrochemicals, steel, and cotton account for most of Turkmenistan's exports. Cotton is the golden crop for cultivation that contributes largely to the economy. Along with that, a large population herds sheep, camels, and horses that comprise much of the agricultural-related economy. Turkmenistan is the leading producer of silk in Central Asia. Turkmenistan oil is a very high-grade oil. A network of pipelines and natural gas deposits links resources together. China has been establishing a dominant presence in Turkmenistan's economy and exports. Exports in 2018 hit US $11.2 billion, whereas imports fell to US $7.5 billion, resulting in US $3.7 billion in trade surplus. Turkmenistan's largest market for exports is China.

A Brief Glimpse of The Industries

Cost of Living in Turkmenistan

Turkmenistan is a hub of emerging places that are developing and emerging as top cities. With capital flowing inwards and the government utilizing the funds efficiently, even the remote northern parts turn into livable areas. The cost of living in these cities per person are:

The Turkmen service sector has expanded rapidly because of foreign investment, foreign aid, and private and public establishments that generate jobs in a democratic and liberal environment. Professionals in banking, finance, software engineering, tourism, and marketing are in high demand. The vacancies and requirements listed on job websites include IT, Education, Engineers, Software, IT professionals, and Marketing, Communication, and Marketing specialists.

The industrial sector employs 14% of the overall population. The agriculture sector has employed about 40% of the workforce. Turkmenistan is a hub for service enterprises, with the service sector employing 40.8 % of the total workforce in Turkmenistan.

Hiring costs include all costs incurred from beginning to end by the hiring department in hiring an employee. They feature the following expenses:

The table below highlights the average salaries that are offered to employees in Turkmenistan according to different sectors:

Turkmenistan's labor law guarantees citizens labor rights and protects worker and employer interests. According to the Turkmenistan Labor Law, the major objectives are to create the conditions and guarantees for realizing citizens' constitutional right to work. A Turkmenistan employment contract does not have a set format, and the relationship between employer and employee starts with an order/onboarding to hire an applicant based on their application.

However, the laws regulate minimum wage, provision of leaves, the standard workweek of 40 hours and other benefits to the employee. A company can terminate an employment contract for economic or business reasons with prior notification to the employee.

How Can Skuad Help You with Hiring in Turkmenistan?

Conducting recruitments in Turkmenistan is a long process that should be accomplished considering various laws passed by the authorities. To ensure optimal utilization of resources, you need to partner with experts in the industry. Skuad has a team of highly experienced consultants to take care of all your hiring requirements. Connect with Skuad Experts to know more.