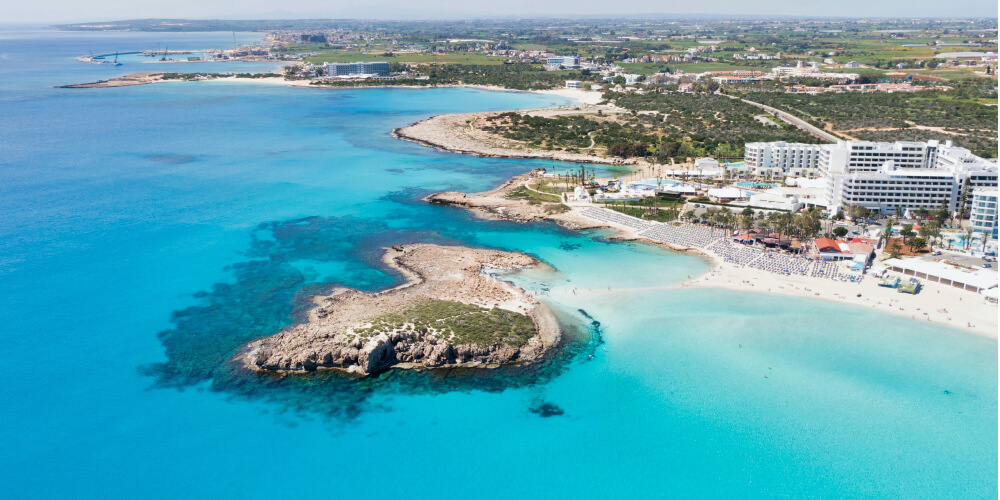 The world bank considers Cyprus as a high-income economy, and it is also included in the list of the world's most advanced economies. The dominating sector here is the service sector, which makes up 80% of the country's overall GDP. With a slight recession faced in 2009, the country's economy is now growing at 3%. Despite severe restrictions during the pandemic in 2020, Cyprus's employment rate did not fall. Remarkably the unemployment rate has decreased from 8.37% to 7.23% in the past two years.

According to an article published in the local European newspaper, the struggling economies were suggested to take lessons from Cyprus Island. This Mediterranean island's economy witnessed a speedy recovery in the past few months after being severely hit by the pandemic. The country's GDP is evaluated to be $23.967 billion (2021), and currently, it is growing at a rate of 3.02% and is predicted to increase up to 3.09% in the coming year. Apart from this, the unemployment rate is also predicted to decrease gradually.

Cyprus has an open, free-market, and service-based economy. The country's geographical location is considered as a bridge between the east and the west, the evidence of which is the presence of a sizable English-speaking community, world-class infrastructure, robust telecommunication services, and several other facilities. Post-independence, Cyprus built a successful independent economy that is growing fast and promises permanent and better employment opportunities.

Cost of living in Cyprus

General expenses and budget in Cyprus are like that of the European countries like Spain and Croatia. The country is not expensive, but the budget varies with location and lifestyle. An individual needs to spend around US $827 on average. But the living cost here is 12.38% lower than that of the United States.

Cost Of Renting in Cyprus

The renting costs in Cyprus vary with location and the lifestyle selected. Some places can be expensive to live in, while others are quite affordable. A one-bedroom apartment may cost around US $537.33 - US $656.74 per month, but this also depends on the area preferred.

Mentioned below are the costs of living in a few cities in Cyprus:

Top Sectors that are hiring in Cyprus

The few top hiring sectors in Cyprus are mentioned below: -

Cyprus is one free economy with an open market providing various services but is majorly dominated by the service sector. Accordingly, there is a dire need for skilled individuals and professionals skilled and qualified in a variety of hard and soft skills. Many jobs and vacancies are available for trained professionals, technicians, engineers, managers, professors, graphic designers, and experts, and all are welcomed here.

The employment rate has significantly increased in Cyprus in the past few years and is expected to grow even more in the years to come. Besides, this country is one beautiful place with many tourists every year and international companies willing to invest in the country.

The most important factor is the hiring costs while recruiting an employee. A lot of factors must be considered before hiring an employee such as: -

The table below highlights the average salaries that are offered to employees in Cyprus according to different sectors: -

The second most important thing to discuss is the employment laws. The companies in Cyprus follow the laws created by the government strictly. A few laws that employees need to abide by are: -

Jobs With the Fastest-Growing Demand in 2022

These are the fastest-growing jobs in Cyprus in 2022:

To attract talent from around the world and secure their foothold in the tech sector, Cyprus created a Remote Work Visa in 2022 that foreign nationals can obtain to live and work in the country.

The visa entitles foreign workers making a minimum of €3,500 per month to relocate to Cyprus for a year. Visa holders can then apply to renew their visa yearly for two more years if they wish to stay in the country.

The top five remote companies hiring in Cyprus include:

How Can Skuad Help You with Hiring in Cyprus?

To hire the best talent in Cyprus, you must conduct your recruitment processes according to the various rules and regulations put in place by the government and other authorities. The best way to tackle this prolonged and expensive process is to partner with Skuad. Skuad’s unified employment solution helps you conduct your hiring processes in Cyprus with extreme ease. Connect with Skuad to know more.