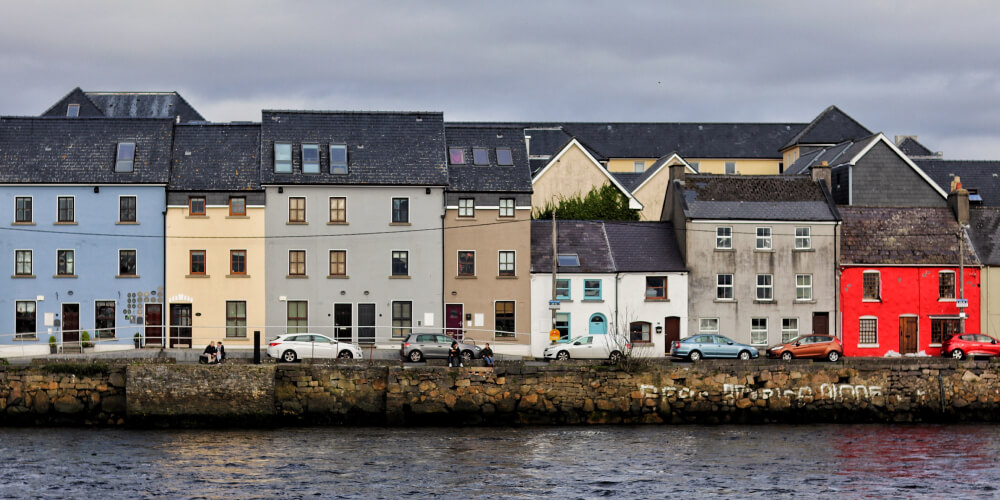 Ireland ranks no. 5 in the free economy index in the world, making it one of the friendliest free-market economies. According to Statistics Times, Ireland is the 29th largest economy in the world as per 2020 estimates. The economy of Ireland is highly developed and attracts many workers and companies from across the world to avail the fantastic opportunities available. The country is home to 4.95 million people with a low unemployment rate of 5.16 percent. The inflation rate has also been low at only 0.86 percent.

Ireland is a beautiful country with great work and living culture. The Human Development Index (HDI) published by the United Nations Development Programme ranked Ireland at the 2nd position out of 189 countries globally. This means that the literacy rate, life expectancy, and Gross National Income (GNI) are extremely high than most countries in the world. This makes Ireland an appealing destination in Europe for tourism and higher education, and employment.

U.S News has ranked Ireland as the 23rd best country in the world, in terms of living standards. Ireland is one of the fastest-growing economies globally, with a growth rate of 9.44 percent in 2017 and 8.95 percent in 2018. This economic growth rate has slowed down after 2019 in the pandemic era. However, it is still growing faster than many other countries. The export sector is a major contributor to the Irish GDP. The taxation policies are fluid which attracts more foreign investment, especially by tech giants.

Ireland is the 29th largest economy in the world based on its GDP. The country's economic growth rate in 2019 was 5.92 percent compared to 8.95 percent in 2018. The reason for the decline can be attributed to the pandemic. The distribution of GDP (2019) across different sectors in the Ireland economy is – service sector (56.72 percent), the industrial sector (35.18 percent), and agricultural sector (0.9 percent). The service sector accounts for 76.98 percent of the total employment in Ireland, followed by industrial and agricultural sectors with 18.53 percent and 4.49 percent, respectively.

Ireland is a small country with great producing power. The country exports almost 85 percent of the things it produces. According to a report from OECD, the real GDP of Ireland is estimated to grow at a 4.2 percent rate despite being hit by one of the worst pandemics in the world. The report also pointed out that the economy could see a rise in the unemployment rates in recent years. The country's GDP per capita was higher than 60 percent of the OECD members. The economic priorities for the upcoming years have been set for healthcare, labor market, environment, housing, and boosting competition and regulation.

Cost of living in Ireland

The cost of renting is affected by the location your house is at and the size of your house. Cities like Galway, Dublin, Cork, and Limerick are some of the most expensive cities in Ireland, so naturally, renting will also be higher in these cities.

Galway, Dublin, Cork, and Limerick are the top most expensive cities in Ireland.

The top sectors that are expected to hire in 2021 in Ireland are:

Ireland has the fifth freest economy in the world, making it a perfect place for employment and business. Increased foreign investment and the establishment of new companies have led to an increase in various skills across different industries.

The cost of hiring is based on several factors which the employers must account for while conducting the recruitments, such as

Since the demand for technical skills has increased, the hiring cost has also significantly increased in Ireland.

The table below highlights the average salaries that are offered to employees in Ireland according to different sectors: -

Two sectors with the fastest-growing demand are technology and information technology (IT). A recent survey shows that these two sectors are performing strongly in 2022, with an outlook of +42%.

Local and international companies are hiring Irish tech specialists to serve as:

Other non-technology sectors such as transport and logistics, finance, and construction also incorporate remote and hybrid work environments.

Top Priorities When Considering a Job

As more employees in Ireland embrace remote working, their priorities when considering new jobs are also changing. Here are the top five priorities for most employees in 2022:

In 2020 when the pandemic broke out, employers in Ireland started listing job vacancies as remote. However, most listings showed remote work arrangements as only temporary. This was done with the expectation that employees would soon return to work in the office.

In the last two years, most employers have realized that remote work is just as effective as in-office and even better in some aspects. As a result, they are changing the temporary remote roles to become fully remote roles. Job vacancies that include remote roles also see more engagement as more people in Ireland seek flexible work environments.

If you’re looking to hire employees in Ireland, specifying that the roles are fully remote may see you receive more applications.

How Can Skuad Help You with Hiring in Ireland?

Conducting recruitments in Ireland is generally a long-drawn process that demands expert knowledge of the local practices and regulations. With the help of Skuad’s unified employment platform, all the steps involved in the hiring process in Ireland are taken care of. This allows you to enjoy significant savings in terms of resources and time. Connect with Skuad to know more.