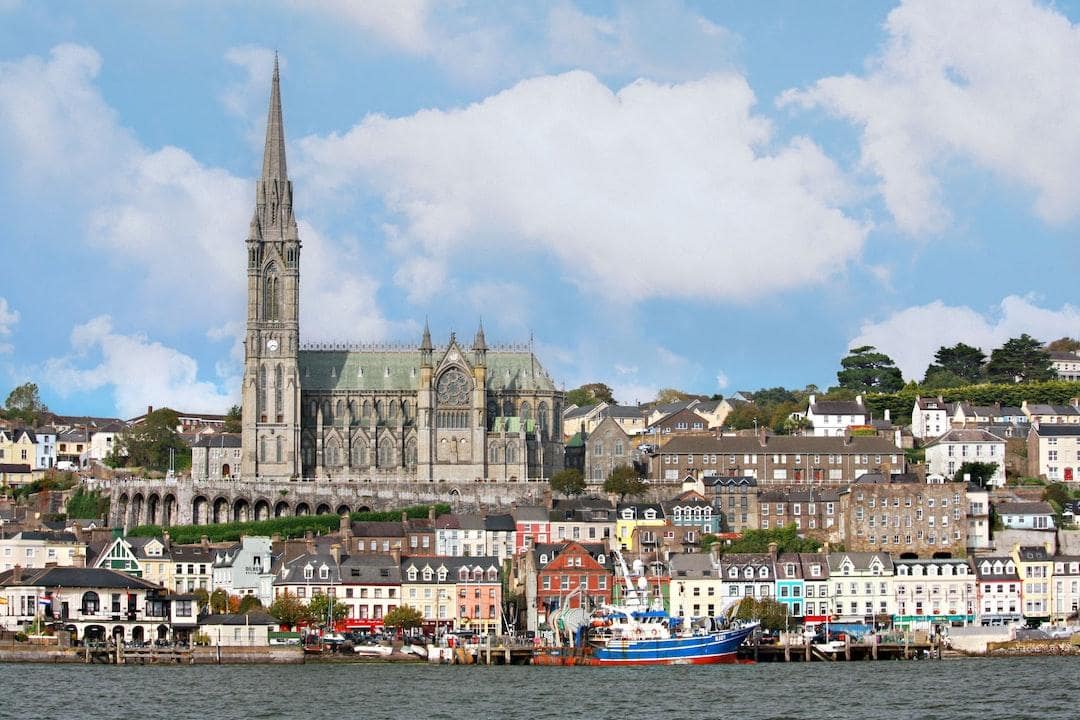 In Ireland, the annual leave to which an employee is entitled is calculated  in one of three ways:

An employee can choose the calculation that provides them with the most generous entitlement. Hours worked and also away from work for annual, maternity, parental, and other leave entitlements are included when calculating the length of annual leave.

Payment is made in advance of the annual leave at the usual weekly wage. If wages vary, then a figure based on the average salary during the 13 weeks prior is used instead.

An employer is not permitted to offer a cash allowance in place of vacation time unless an employee is terminated. At that point, any unused annual leave as well as public holidays accrued to date must be compensated.


A deal allowing less leave than legally required isn't considered binding even when accepted by staff members themselves. Employers may offer annual leave beyond statutory minimums. This should be explicitly mentioned in the employment contract. Employers decide when employees may take their leave but must consider the needs of their employees when making this decision. People who have been employed for eight months are entitled to a consecutive two-week vacation. The practice of carrying unused leave into the next year is not specified by law, However, employers may choose to permit it. The law does provide a 15-month timeframe of leniency if a worker needs to carry leave into the next year because illness prevented them from taking it.

Learn more about hiring in Ireland from Skuad's hiring guide in Ireland.

In the Republic of Ireland, there are nine government-designated days off throughout the year. While not all bank holidays qualify as public holidays, most businesses will honor Good Friday with some sort of recognition like paid leave or shorter working hours. Employers have a few options when it comes to giving employees compensation for working on public holidays: workers can take a day off on the actual holiday; receive an additional holiday day within four weeks; get an extra annual leave day; or accept an extra day’s wages.

Ireland’s public holidays for 2023 are listed below:

If a public holiday falls on a weekend, an alternate day is commonly recognized instead. However, there are no hard and fast rules in place and employers have the option to pick from any of the alternatives available. Employees must be paid one-fifth of their regular weekly wage if they take off for that holiday — even if it lands on either Saturday or Sunday or an atypical business day.

Employees who work on a public holiday are compensated at regular rates and earn the benefits that accrue on a regular workday. Employees whose employment with their current employer will end before the date of a public holiday but who will have served them four weeks prior to the holiday deserve compensation for that holiday. Similar regulations apply to part-time staff who have spent at least 40 hours in five consecutive weeks leading up to a public holiday.

A number of laws dictate labor practices in Ireland, including the types of leave.

As of January 2022, Irish employees have the right to three days of paid time off due to sickness, a figure which will incrementally increase to 10 days by 2025. Sick leave should be detailed in a written statement given to the employee when they begin employment. The statement must also contain information relevant to illness or injuries. Many contracts let employers set limits on how many sick days can be used over an allotted period or request medical certification of illness.

An employee who becomes ill during their annual leave period and presents medical evidence to that effect is entitled to request that these days be covered by sick leave rather than annual leave. In addition, employers who terminate the employment of workers within 15 months of long-term illnesses must render payment in lieu of any unused annual leave accrued before their departure. Employees who have contributed to social insurance may be eligible for Illness Benefits, beyond the sick leave granted by employers in the workplace. Any queries of this nature need further assessment and individuals must contact the Department of Employment Affairs and Social Protection's representative at their local health center.

All female personnel are given 26 weeks of maternity leave no matter how long they have been working for their employer or the number of hours a week they work. An extra 16 weeks of unpaid vacation can be taken, beginning right after the official period ends. New mothers must take at least two weeks before and four weeks following childbirth though benefits may differ depending on PRSI (Paying social insurance) contributions. Employees can receive wages if employers opt to pay them during their break or to top up existing entitlements.

Those who qualify for a Maternity Benefit obtain €245 per week. The mandatory two weeks minimum may also be extended to sixteen weeks prior to delivery — this time is allowed for medical exam appointments during normal operational hours as well (an extension may apply in cases of premature birth). Women who have experienced stillbirth/miscarriage after 24 weeks get the full maternity amount. New fathers will inherit such rights if the mother passes away within forty weeks of childbirth, but if the mother passes away 24 weeks after giving birth, the father is afforded leave until 40 weeks after childbirth.

For employees' leave requests to be accepted, written notices should be submitted four weeks ahead of the expected date of delivery, along with documentation, e.g. a medical certificate confirming the pregnancy. New mothers must also file another request, either outlining their plan to get back to work or specifying a 16-week stretch of absence from the workplace four weeks in advance of the planned commencement date.

Parents who bring a newborn/adopted child into the family are eligible to receive five weeks of paternity leave within a six-month time frame. Furthermore, employees can obtain Paternity Benefit from the Department of Social Protection if they have accumulated sufficient PRSI contributions, which amounts to €245 per week. Additionally, various employers sometimes provide financial aid during this period as well. This is primarily done to ensure gender parity within an organization, especially for same-sex adoptive parents. To this end, if paid maternity leave is offered by employers then offering paternity relief should also be expected as a way to prevent any discriminatory practices based on sex or sexual orientation. Individuals should alert their employer at least four weeks before using these rights to which they are entitled.

The privileges associated with paternal leave are open to all workers regardless of how often they work per week and even if more than one infant/child was adopted, in which case (i.e. adopting multiple children or the birth of twins), paternity leave is set at two weeks. Working periods taken off due to paternity leave count towards accruing annual leave or public holidays entitlements.

If the little one is being cared for in the hospital, the worker can put a written request to their boss to delay any or all of their paternity time off. Should the mother pass away, the father or second parent is entitled to maternity or adoptive leave. If the father or second parent did not use paternity leave up until that point, they may use it when the mother's maternity or adoptive leave has finished. Should tragedy strike and a leave-eligible parent dies, the survivor will be allowed to take the leave instead.

Adoptive parents are eligible for 24 weeks of leave, which starts on the day a child is placed with them. Both parents may take the leave, or agree to otherwise. However, employers are not obliged to provide paid adoption leave unless there's an arrangement in place. If contributions were made towards PRSI, Adoptive Benefit might be available. Four weeks prior notice must be given when applying and returning from any form of adoptive and additional unpaid leave. Adoptive parents may attend preparation classes and pre-adoption meetings with social workers during work hours, while they are also entitled to holidays and to accumulate annual leave during their adoptive or additional unpaid leave.

Parents are eligible for seven weeks' paid leave during their child's first two years, commencing from the date of birth or adoption (after November 1, 2019). At least six weeks prior notice should be given to the employer. Leave cannot be transferred between parents except in cases of death. PRSI-contributing parents receive €245 per week from the government and employers may agree to pay/top up salaries while employees are on parent's leave. Note that conditions can vary with contracts.

Annual holidays keep accumulating and employees remain entitled to receive public holidays despite being on parents' leave. Should an employer decline a request, they must explain in writing why they've deferred it up until 12 weeks. Employers cannot threaten dismissal or punitive treatment for requesting or taking parents’ leave.

Employees can take up to 26 weeks of unpaid parental leave before their child turns 12 (16, if disabled). Employees must have at least one year's continuous service with their employer unless they are near the age threshold and have been employed for more than three months but less than one year. If the employee adopts a child between the ages of 10 and 12, they can take parental leave up to two years after the child was placed in their adoptive care. This leave is non-transferable between parents except when both are employed by the same company. Either parent must give six weeks' notice, with the leave either taken as continuous or in blocks of six weeks or more, with a ten-week gap between parental leaves being required.

Employers can only reject/postpone it if not entitled, for a maximum of six months without written agreement. Valid reasons for doing so include lack of cover or other employees already on such leave. Parents’, paternity, maternity, and parental leave all provide different family-related benefits; an employee must apply for each individually. Parental leaves cannot begin while new mothers are still on maternity leave.

Employees may take unpaid leave to care for a person in need at any time during their employment if they have worked with the same employer for 12 months and made sufficient PRSI contributions. Carer's leave is offered either as one, continuous period of up to 104 weeks, or split into multiple blocks of over six weeks in duration. The employee must give a minimum of six months’ notice before taking the leave, but shortened notice (less than 13 weeks) can be accepted or rejected with written reasons by the employer. To extend maximum eligibility from 104 to 208 weeks, if two people require full-time care simultaneously who live together, only one application needs to be submitted.

However, there must be at least six months between each block of leave taken per person. Annual and public holiday leave can only apply over the first 13-week period. Afterward, employers retain documents including the start date, duration, and form of carer's leave taken while employees receive copies.

Discover how Skuad can help you manage remote team members from any part of the world. We can help you with leave policy in Ireland that is compliant with local employment laws and labor regulations, along with seamless onboarding, payroll, global team management and more. Talk to our experts to learn more.

Skuad is the best solution to hire and expand globally.