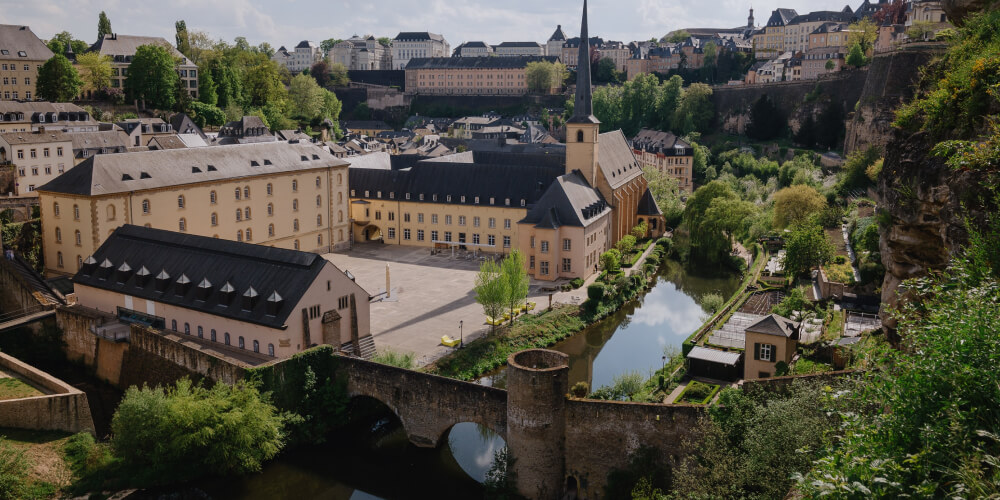 Luxembourg ranks fourth in the Economist Intelligence Unit's quality of life index and 26th in the United Nations Human Development Index. Luxembourg's economic growth has accelerated in the first quarter of 2021, despite restrictive Covid-19 prevention measures. The GDP expanded to 4.9% in annual terms, recording its fastest increase in over four years. According to the Economist Intelligence Unit report on the world’s most liveable cities, Luxembourg ranks 23rd, based on the following five factors: education, culture and environment, overall stability, infrastructure, and healthcare.

Luxembourg is the second-best country in the world in terms of ability to retain and attract talent, third in the remuneration of services professions, and fourth in the availability of foreign highly skilled staff. The financial sector that requires specialized knowledge workers contributes to a third of Luxembourg's economic output.

Luxembourg also invests heavily in the logistics sector and the space industry. The government is undertaking significant efforts to attract start-ups, many of which specialize in the fintech sector. Luxembourg is renowned for its skilled workforce that includes talent from around the world.

The economy of Luxembourg is projected to expand by 4.8% in 2021. Domestic demand recovery will likely pick up the pace with the gradual strengthening of investment and private consumption. The country is expected to reach an unemployment rate of 6.6% in the third quarter of 2021. Luxembourg enjoys a rare degree of economic prosperity among industrialized democracies.

Brief Glimpse Of Industries In Luxembourg

Luxembourg has the highest salaries in the world, and it sports the highest GDP per capita in the EU, offering a solid social security system. Here are the average salaries in various industries in Luxembourg:

Top Skills In Luxembourg In 2021Cost of renting

Rents in Luxembourg could range between $1350 and $2357, depending on the type of accommodation. Here are some facts about renting in Luxembourg:

The following table shows you the differences in the cost of living in various cities in Luxembourg:

The cost of living in Luxembourg compared to other popular cities in the world is as follows:

Get in touch to learn more about Hire in Luxembourg.

Top Industries That Are Expected To Hire In Luxembourg 2021

The following sectors are expected to hire employees in 2021:

The workforce in Luxembourg is one of the world’s best in the know-how category.

Top Skills In Luxembourg In 2021

Skilled individuals are key for a country’s future prosperity as they contribute to strong economic growth, creating more jobs. The demand for high-skilled professional workers is growing in Luxembourg’s economy.

The most sought-after skills in Luxembourg in 2021 are:

Luxembourg City is the country’s most popular city and has contributed to the economy more than any other city. The top skills in demand here are:

The cost of hiring is a very important factor and should always be considered when employing people. Hiring employees comes with costs that likely differ from location to location. In Luxembourg, the cost of labor is relatively high compared to other European countries. The cost of hiring should factor in other expenses such as:

How Can Skuad Help You With Hiring In Luxembourg?

Hiring in Luxembourg is a multi-faceted task requiring in-depth knowledge of the laws, trends, hiring costs, living costs city-wise, and more. Skuad comes onboard as a one-stop solution handling every minute aspect of recruitment. It gives you the freedom and time to focus on your project and expansion plans without any hiring stresses. Connect with Skuad experts to know more

Connect with Skuad Experts to the earliest to know more.