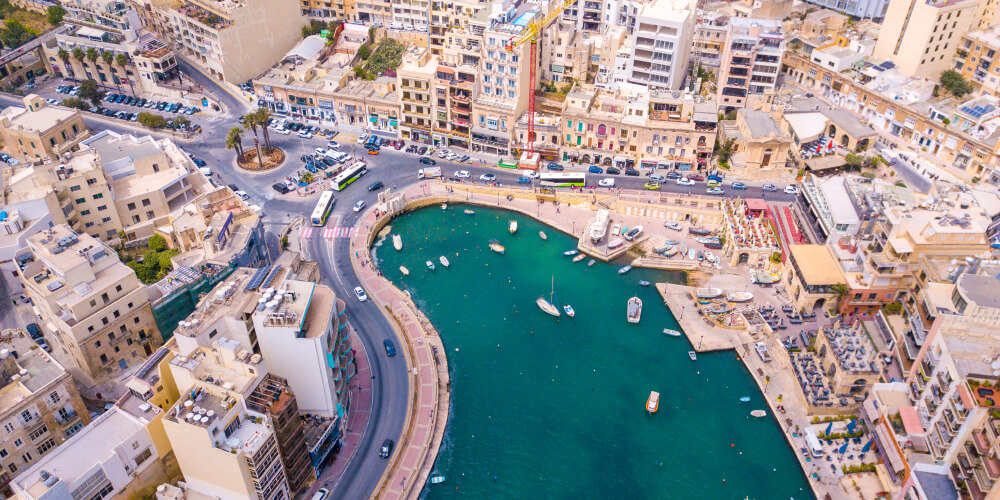 Malta is an island nation located in the Mediterranean Sea. The economy of Malta is very advanced for an island. It is a beautiful place with lively destinations, perfect for tourism. Fisheries and tourism industries are booming in this nation. These two industries drive the economy. Malta is recovering from the hit of the pandemic.

The job opportunities in Malta have risen in the past decade. Individuals around the world have started to recognize the excellent market of Malta. The rate of inflation in Malta has gone up ever since the pandemic, and it will take a couple of years to get it down as before or even below.

Malta is a multifunctional island. It has a strong foothold in the fisheries industry. Being surrounded by water on all sides, Malta has exquisite ports and beaches. Trade in Malta has been very lively. The majority of the economy of the nation is generated by keeping trade relations with numerous countries. Along with trade and fishing, Malta has its hands in gaming businesses, credit-card issuing banking licenses, aircraft and ship registrations, and fund administrations.

Malta has a huge reserve of limestone. It is a commodity that contributes greatly to the economy of the nation. The Suez Canal near Malta boosts trade and fisheries activities, along with tourism. The Malta Financial Services Authority takes part in most financial businesses of the nation and oversees the private sector.

Cost of living in Malta

Malta has witnessed a rise in the cost of living over the past decade. It is a developing nation that offers a good quality of life to the best of its capability. The increasing interest of recent graduates and new job practitioners in Malta has contributed to the increasing cost of living. Some cities offer a very affordable cost of living, while to live in some cities, one must have a hefty paycheck.

The cost of renting in Malta is higher than in most countries with a similar economy. An individual can rent a house in the city center for an average of US $1073.83 (€ 900). The cost of rent changes according to the location and the area of the housing facility. It also depends on the availability of amenities in and around the housing facility.‍

Cost of living depending upon your location‍ ‍

Every city in Malta is famous for its unique strength. The job opportunities, style of living, quality of life, and most importantly, the cost of living depends upon the location. Malta is under the radar of many budding individuals for relocation.

Malta has various sectors running in its market. This demands multidisciplinary, skilled individuals. Malta looks for manufacturers, technicians, programmers, and many such experts to grab opportunities in its market. Cloud specialization, software expertise, and front-end development are some of the technical skills that Malta is eager to have in its sectors.

Every city in Malta has a specialty. A specialty that raises job opportunities. The rate of hiring depends on the location and the demand of that location. The seaside cities have different workforce needs than the inland cities. Thus, the top skills in Malta can be determined based on the location of the city.

The cost of hiring is a mandatory facet for every employer. The process of hiring requires the allocation of resources. This allocation is done on following aspects –

The employment laws in Malta are formed based on the social, personal, political, economic, environmental, and other such rights of the people involved. The laws are framed by the Employment and Industrial Relations Act. Some of the aspects under consideration are –

Within Malta, the workforce is spread across several industries. That being said, some of the top industries in the country are tourism, financial services, manufacturing, and IT services. Companies in these industries may find success hiring employees in Malta.

Not only are these the largest industries, but they also have some of the highest in-demand jobs:

Malta is also a popular destination for digital nomads from all across the globe. Because of this trend, foreign worker hiring has jumped from 9,500 in 2009 to 77,825 in 2021. At the end of 2021, Malta established a new Nomad Residence Permit that allows all non-European remote workers to live and work in Malta, too.

Companies across the world are increasingly hiring employees and contractors in Malta. Some of them include -

How Can Skuad Help You with Hiring in Malta?

If you are looking to conduct a recruitment process in Malta, you ought to be aware of the various rules and regulations that are in place. Moreover, you must spend considerable time and resources as well. With Skuad, all your worries regarding the recruitment processes are taken care of. With its unified employment platform, Skuad is adept at handling all your requirements. Connect with Skuad to know more.