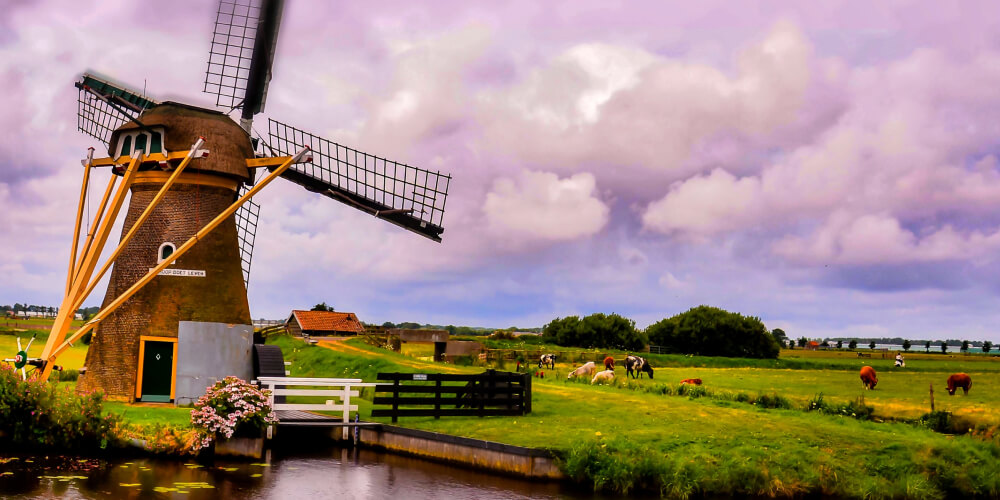 The Netherlands has a flourishing and open economy that is highly reliant on international trade. The Netherlands economy is famous for its stable industrial relations and low unemployment rate. Among the countries in the European region, Netherlands is ranked 9th among 45 countries with an overall score above regional and world averages. A record number of foreign companies have invested in the Netherlands. With beautiful weather, places, and various job opportunities in different sectors, the Netherlands is a perfect choice for working and settling in.

After facing a downfall because of the COVID-19 pandemic, the economy is expected to come back strongly by next year. The entrepreneurial spirit in the Netherlands is marked by prioritizing innovation, sustainability, and digitization. Companies are looking to the Netherlands to tap into public-private partnerships between the corporate sector, research universities, and government that is leading the way in cutting-edge applications ranging from agriculture and financial services to quantum technology.

The Netherlands is considered the 17th largest economy in terms of GDP in the European Union. It is known to make consistent high trade surpluses, low unemployment, and stable industrial relations. The economy of the Netherlands heavily depends on foreign trade, with a low unemployment rate of 2.98 % in 2020 and inflation.

Netherland’s economy is expected to grow 2.7% in 2021, and around 3.7% in 2022 as the private investments are expected to gain improvement. The GDP per capita and productivity are on par with OECD best performers, and the employment rate was on a hike before the pandemic crisis in 2020. The inequality here is lower than in the most advanced economies of the world.

Netherland’s economy is a stable and welcoming choice for foreign businesses to choose. Even after getting affected by the Covid-19 pandemic, the economy is expected to gain its pace in the coming years. Agriculture and Food industry flourished at a greater level due to its mild climate and fertile soil. They are huge exporters of food and agricultural products as well. Other major industries include the Energy sector, chemical and metallurgy, and other sectors.

Cost of living in the Netherlands

The cost of renting in the Netherlands depends upon the location of the stay and the size of the house. A one-bedroom apartment may cost you about $1262 (1064.39€), depending upon your area. The rent may increase depending on the lifestyle and facilities. The top sectors that are expected to hire in 2021 in the Netherlands are: -

Top skills in the Netherlands

The Netherlands is an open-market economy and heavily depends on foreign trade. They require many individuals who have good hard and soft skills. Highly skilled workers are required in the engineering field with good technical skills, as well as in the sales, marketing, and customer service sector.‍

Every city in the Netherlands has its qualities, making them unique and suitable for certain industries/sectors. The country is known for agriculture and has beautiful tulip fields. Each city has a diverse range of job opportunities.

The cost of hiring is an extremely important facet for employers while conducting a recruitment process. You need to think about several factors before deciding to hire new personnel, such as:

The table below highlights the average salaries that are offered to employees in the Netherlands according to different sectors: -

Employment Laws in the Netherlands

The Netherlands has a highly regulated employment system with well-defined federal and state laws. Factors such as work hours, penalty rates, and overtime payment vary according to the industries. The Dutch Constitution regulates the following employment aspects –

Hiring statistics in the Netherlands

Job vacancies in the Netherlands increased by nearly 30,000 in the second quarter of 2022 from slightly over 448,000 to nearly 480,000 as of July 2022. This isn't a new trend; unemployment has been on the rise in the Netherlands since July 2020, when it sat at around 215,000. This increase reflects young Netherlands workers' desires to work remotely and branch out independently for work that gives them an opportunity to own their time.

Top Roles Companies are Hiring for in the Netherlands

A survey by a global talent bureau discovered the Netherlands has the second highest demand for engineers across the globe, with nearly 15% of all available advertised jobs landing in the engineering sector. Other talented employees in the Netherlands are looking for flexible, well-paying positions in:

How Can Skuad Help You with Hiring in the Netherlands?

Managing the hiring process in the Netherlands is a tiresome and lengthy process marked by various steps. Instead of investing your resources in this process, you must channelize your efforts into more productive avenues. Skuad’s unified employment platform helps in managing the hiring processes in the Netherlands with considerable ease. Connect with Skuad to know more.