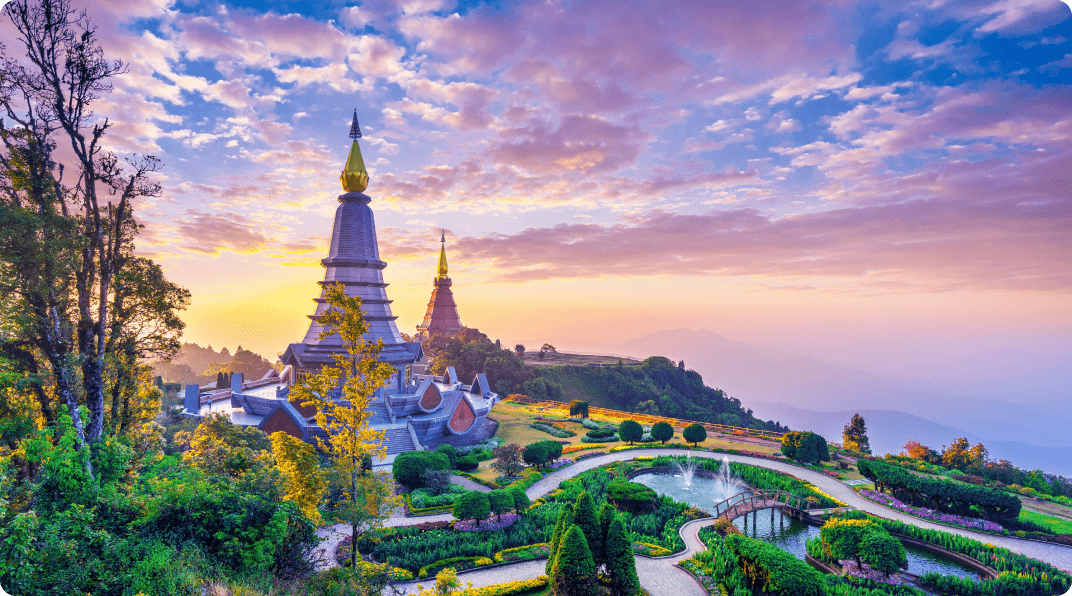 Thailand is an excellent nation to relocate for professionals as the country enjoys a robust economy and has an unemployment rate of only around 1.5 percent in 2020. Thailand generates the majority of its income from exports of goods and tourism-related activities. It acts as an anchor economy for the developing nations in its neighborhood. The labor sector of Thailand is very robust. Companies in Thailand are always looking for skilled individuals worldwide to help with the expansion of their operations. The quality of life in Thailand might not be as good as other large economic nations such as the USA and the UK. Still, it does offer a comfortable lifestyle for professionals at affordable prices.

Thailand has seen a growth of around 3.9 percent on an average in its GDP during the last few years. It is a country that gains a majority of its income from exporting goods such as cars, electrical appliances, textiles, fish and fish products, jewelry, computers, rice, footwear, and rubber. It is the second-largest economy in the region of southeast Asia.

Thailand has a large export market accounting for a revenue of around US US $105 billion (3.29 billion THB) every year. Apart from export, the market of Thailand has a hold on manufacturing, technology, agriculture, tourism, energy, etc. It has trade relations with many nations in Asia, Europe, Africa, North America, and South America.

Cost of living in Thailand

Thailand is a beautiful nation to relocate to for its low cost of living and amazing local cuisine. Thailand offers a good quality of life for expats from around the world. In the past few years, the cost of living in Thailand has increased due to the ongoing migration of individuals worldwide in search of job opportunities.

The cost of renting in Thailand is subject to location, amenities, area, etc. On average, a rental apartment for an individual costs US $330.66. It is cheaper to live in Thailand than in most other countries in Asia.

Thailand is always looking out for skilled and talented individuals. One will notice that the employee in Thailand lacks certain soft skills such as constructive criticism. That is why the market of Thailand is constantly on the lookout for all-rounded and skilled individuals.

The hiring cost is a very important factor for any employing sector. The recruitment process requires allocation of the money for the below factors –

In the following table average annual salaries of different sectors in Thailand, according to the latest information, have been stated –

The employment laws in Thailand are based on the Labour Protection Act BE 2541 passed in 1998. This act thoroughly covers most aspects of possible scenarios in employment. Following are some of the factors stated in the act –

Conclusion: How Can Skuad Help You with Hiring in Thailand?

Government guidelines heavily regulate the hiring process in Thailand. As such, you will end up spending considerable resources and time on recruitments, whereas the same resources and time should have been spent on more productive avenues. Skuad’s unified employment solution is fully equipped to streamline all your recruitment methodologies for best results with just one click. Connect with Skuad to know more.