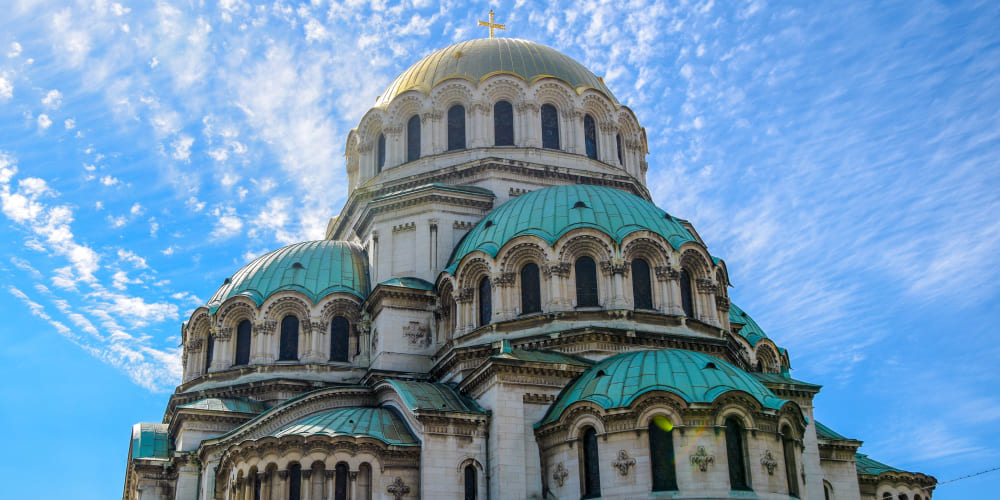 With an open economy widely known for its exports and value addition operations, Bulgaria has a strong position in the global value chains. This developing country has made significant progress in both the manufacturing and service sectors after integrating with the European Union. The Bulgarian Government has brought reformative policies to change the education landscape of the country. With this, employers have noticed a steady increase in the population with higher education. Previously, the country lacked cognitive and digital skills to match job requirements. But, today, Sofia, the country’s capital city, houses highly skilled professionals recruited worldwide for their proficiency in software, management, science, and analytics.

The country recorded steady growth in its economy till 2019. But due to the pandemic, the export-oriented nation took a setback, lowering its overall growth rate. The country, which was once predominantly manufacturing intensive, has slowly changed its focus to the service sector. Being one of the first countries to get an internet presence, Bulgaria has numerous Internet Service Providers (ISPs). All types of connections like broadband, optic cable, and wireless connection have been made available. The internet connection in Bulgaria is good, with an average speed of 30 Mbps. Also, this speed can go up to 150 Mbps in cities like Sofia, Plovdiv, and Varna.

Population: The country has a working population of 3.45 million out of the 6.89 million total inhabitants. With a drop in population due to rapidly changing demographics, Bulgaria is slowly moving towards being a service-dominated country.

With a literacy rate of over 98% among the working population, almost everyone in Bulgaria has gone through formal schooling. But the number of university graduates with higher education is limited to the cities. The city of Sofia has the most significant number of highly educated and talented individuals. Technical, social media, and marketing are among the top skills employers look for while recruiting in Bulgaria. Some of the top skills in the country have been listed below.

From 1990, Bulgaria started to invest more towards skilling its youth. This step opened up many opportunities in the public-funded sectors like the Government, Education, and Healthcare. With increased literacy levels, university education, and internet access, the country’s urban population excelled in offering high value-added services to the digital economy. The other parts of the country continued manufacturing activities, contributing to the labor force of the country.

Average Cost of Living in Bulgaria

Bulgaria is cheaper and more affordable when compared to the other European Union countries. Interconnected well by air, sea, and road, the country offers ample travel options. Bulgaria has many farms, and fresh produce is available aplenty at cheap rates. Accounting for all other expenses for a single person, the monthly cost for living in the country comes to an average of 750 USD.

Cost of Rent in Bulgaria

Accommodation in Bulgaria is less than in other European countries. Like any other place, the cost of rent varies with the location and accommodation type. The city of Sofia has the highest cost of rent, followed by Vratsa, Plovdiv, and Burgas.

Apartments, studios, hostels, and shared rooms are common accommodation types available in Bulgaria. Also, the cost of a single room apartment is higher than that of a shared apartment.

Bulgaria offers a profitable proposition for employers to pick top talents with a high literacy rate and low expectations for salary. Also, highly skilled professionals belong to its top five cities. The digital and software recruiters eye the city of Sofia to get its top talents. Also, the other cities offer a variety of talent, from managers to experienced content writers.

Being a European Union member, Bulgaria now applies the EU regulations for all its employers and laborers. The other important regulation guiding employment in Bulgaria is the Employment Contracts Act and the Collective Agreements Act of 1936. Together, they define the provisions of the Labor Code. This code dictates labor relations, contract terms, general working conditions, and the Bulgarian Government’s minimum requirements to protect its employees.

How Can Skuad Help You With Hiring In Bulgaria

Bulgaria is among one of the steadily growing economies in the world. With a sizable proportion of highly skilled managers, programmers, and engineers, the country is a promising destination for global recruiters. Moreover, the low cost of living, high internet connectivity, and ease of doing business in the country have made it a profitable option for many companies to grow their presence.

With Skuad, choosing the top talent for your company is a breeze. Skuad is a Global HR platform that helps businesses build remote teams. Now, you can focus on taking your business to the next level while Skuad creates a strong workforce for you. Connect with Skuad Experts to know more.