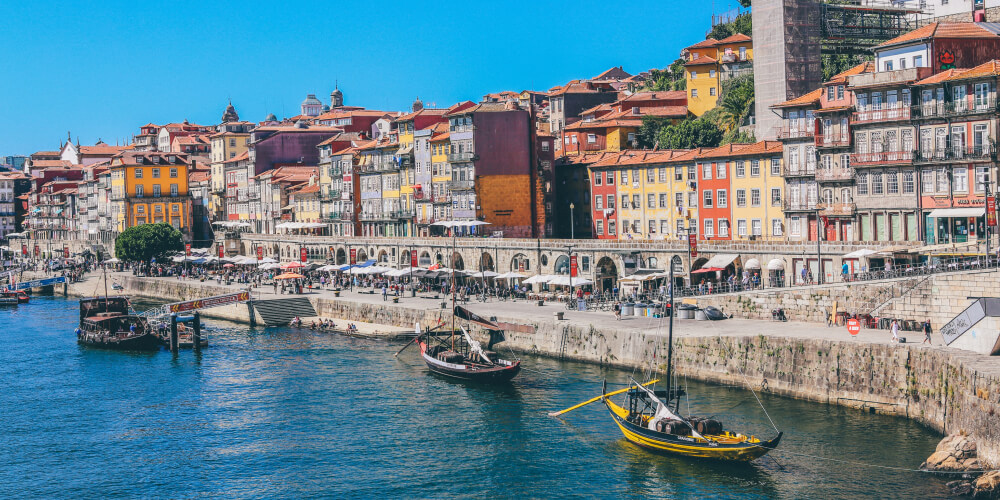 Despite going through a prolonged recession from 2003, Portugal has bounced back over the years as a competitive economy. According to the 2019 Global Competitiveness Report, out of 142 countries, Portugal ranks No.7 and No.27 in the ease of hiring foreign labor and in the skill set of graduates, respectively, although the country has a gap in the Business R&D and Communication skills. Portugal has good internet infrastructure coverage across the country, ranging from 20 Mbps - 60 Mbps on average. With top Internet Service Providers (ISPs) offering different kinds of connections, including broadband and fiber optic connections, internet speeds in Madeira, Lisbon, and Porto can go up to 150 Mbps.

Population: With a working population of 6.5 million out of 10.29 million inhabitants, Portugal is a young country with around 33% of labor with high-level qualifications.

With a talent pool of young, skilled workforce, the country has positioned itself as a highly preferred destination for major IT investments. Also, the country has five key ports and is geographically closest to the U.S. and Canada, among other European countries. Though the pandemic has affected the country's economic growth rate due to the prolonged lockdown, it remains open for business opportunities.

Portugal, which was predominantly focused on the manufacturing sector, has now moved towards the service sector (69.1%). This is followed by the manufacturing (24.5%) and the agriculture sector (2.4%). IT, biotechnology, healthcare, and pharmaceuticals are among the major industries that come under each sector.

Owing to the many skill reforms brought about in Portugal by the country's leadership, the workforce of Portugal has evolved to be globally competitive. The country has ranked well in the English Proficiency Index, 2020 and has a high share of graduates in science, technology, engineering, and mathematics (STEM). Also, it has a strong female labor force, equipped with language skills and management education.

The capital city of Lisbon has been the technology hub and has a strong presence of the top IT firms. As the city has the highest English-speaking population, it is widely known across Europe for offering remote technological solutions. Also, the city houses a large number of medical professionals offering pharmaceutical services. Some of the major industries and skills prevalent in Portugal are:

Hiring in Portugal can provide a competitive advantage to any business. This is due to the lower overheads, lower expected salaries, and the straightforward hiring process in the country. Moreover, with a high number of freshly graduated workforce looking for remote jobs, the market for recruitment looks optimistic. Thanks to the huge number of people skilled in computer and programming here, major IT companies have started to eye Portugal for its computer-skilled labor.

Cost of Living in Portugal

The cost of living in Portugal is lower when compared to the average in OECD countries; this comes to an average of $800/month. This can be broken down as per the table below.

Rental prices vary from one location to the other and depend on the type of accommodation chosen. Being known as a tourist destination, Portugal has a variety of accommodations ranging from apartments and studios to hostels and dormitories. The table below shows that the monthly rental of a single-bedroom apartment ranges from $150 - $590 in Tier 1 to Tier 3 cities.

The Portuguese labor system has been made flexible through its reformative legislation in the past few years to attract foreign investments. The main labor laws come under the common Labor Code. The Labor Code has provisions for the fixed minimum monthly salary, maximum work hours, taxes levied on income like social security, and other provisions to support the workforce of the country. In addition to the three types of contracts enforced during recruitment, all employees are entitled to a trial period prior to hiring.

The three contracts specified in the Labor Code are as follows:

How Can Skuad Help You With Hiring In Portugal?

Hiring in Portugal is a multi-faceted task requiring in-depth knowledge of the laws, trends, hiring costs, living costs city-wise, and more. Skuad comes onboard as a one-stop solution handling every minute aspect of recruitment. It gives you the freedom and time to focus on your project and expansion plans without any hiring stresses. Connect with Skuad experts to know more.