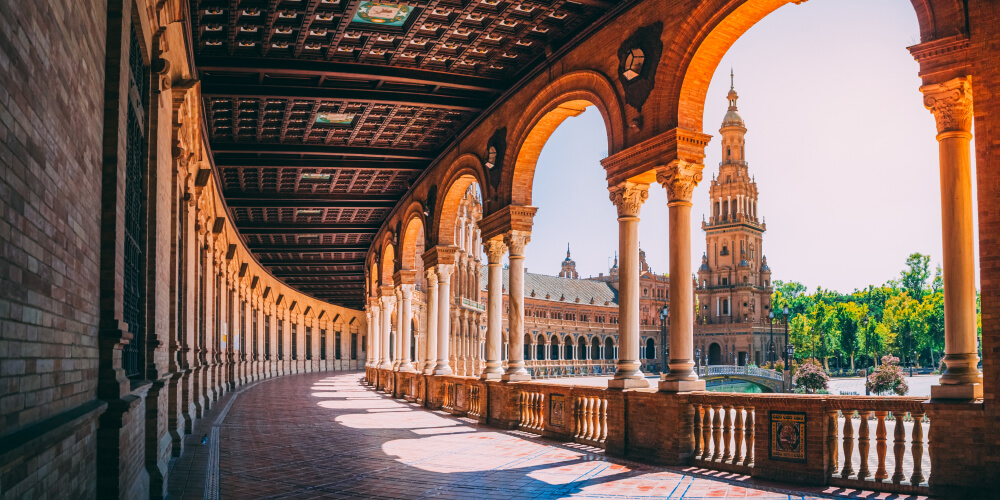 Spain has a mixed capitalist economy that is ruled by the service sector. The unemployment rate of Spain is very high and has the second-highest unemployment rate among the European Union. Even though there was a slight decrease of 0.94% in 2020 compared to 2019, the rate is still 13.02 %. The main industries in Spain include tourism, manufacturing, agriculture, energy and electricity, and the external trade industry.

Even though Spain went into a financial crisis and recession during the last decade, the country managed to come back in its form and became the 14th largest economy in the world. Millions of people are working in the grey market. As a result, the unemployment rate is depicted as higher than it might actually be. The economy of Spain is classified as a high-income developed economy.

Spain is the 14th largest economy in the world by nominal GDP (Gross Domestic Product) in 2021. The service sector heavily rules the economy with a huge share of 74.2% and employs about 72% of its working population, and then comes the industrial and agricultural sectors. The country has been hit by recession in the last decade and has shown overall financial growth after the financial crisis happened in 2020.

The COVID-19 pandemic had a huge impact on the services sector of Spain and other industries like tourism and technical services departments. The automotive, health, and agriculture sectors are the emerging sectors in the market. The other industries include mining, energy, external trade, and agro-business.

Cost of living in Spain

Spain is the 23rd best place in the world to live in. The country is known for its delicious food, beautiful scenery, and easy-going lifestyle. Some of the cities provide affordable living. It is one of the liveliest countries that have some unique traditions and festivals. Spain is cheaper compared to the United States.

The cost of living on rent in Spain may vary considering the factors like the location, room size, and home. An apartment with one room may usually have a rent of $769.87 (645.05 €), depending upon the area. As the facilities and quality of lifestyle change, the rent may increase.

The top sectors that are expected to hire in 2021 in Spain are: -

Spain has a high, capitalist mixed economy and is dominated by the service sector. From IT specialists to graphic designers and translators, there are a vast number of job opportunities available for all these skills.

Major skills and areas which have viewed a recent growth rate

The recruitment process in Spain entails huge costs on the part of the employers. Various factors are taken into consideration while hiring a new employee. The factors include,

The table below depicts the average salaries that are offered to employees in Spain according to different fields: -

Spain has a regulated employment system that is very comprehensive and protects the employees. Working hours, leaves, and other factors may vary depending on different sectors. The Spanish Labor Law regulates the following employment aspects –

Spanish companies continue to embrace remote and hybrid work models, and the government has even introduced new remote working agreements to regulate remote work, suggesting the trend is not slowing down.

While more Spanish workers across all sectors look for remote opportunities, the tech sector still leads with the most remote employees.

Based on Glassdoor, the sectors with most remote opportunities in Spain in 2022 are:

According to a survey by Spanish HR leaders Adecco, the top remote titles that were hired last year based on increased remote job ads, and therefore likely to continue in 2022, include:

Hiring in Spain? Here's where you can find most remote workers.

According to Glassdoor, the top 5 companies hiring in Spain include:

Spain has suffered long term unemployment, but the job market has taken a recent turn for the better. 1.7 million new job contracts were signed in March 2022 according to Labor Ministry data — a third of them permanent due to recent labor contract reforms. This is an increase of 148% since March the previous year. InfoJobs has registered double the number of remote job postings in 2022 from 2021.

How Can Skuad Help You with Hiring in Spain?

In a highly competitive market, your main focus should be on expanding your operations and minimizing expenses. By engaging in an expensive and prolonged recruitment process, you end up spending more than you ought to. Skuad offers to streamline your hiring process with the help of its unified employment solution. Connect with Skuad to know more.