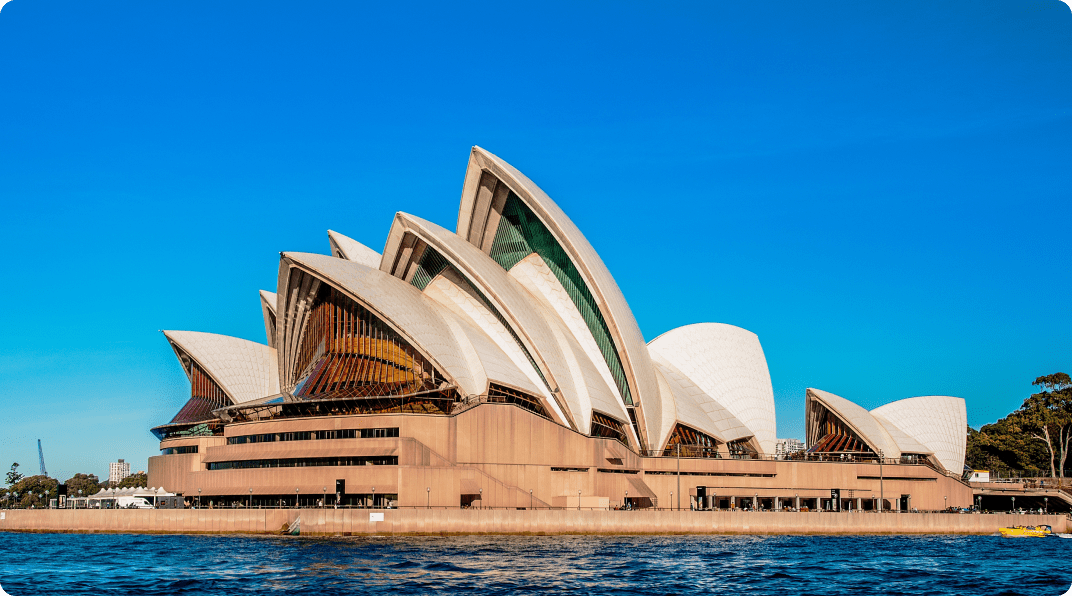 The services sector heavily dominates the Australian economy. Despite a population of over 25 million, the unemployment rate is astonishingly as low as 5%. Australia survived the pandemic boldly, and the Australian Bureau of Statistics stated that its employment rates, which were earlier hit by the pandemic, jumped back with an increase of 5.1%. With lively destinations, beautiful weather, and hundreds of job opportunities in various sectors, Australia is one of the most incredible nations to live and work in.

In the last decade, Australia has shown exemplary progress in terms of the job market, economic growth, and low inflation. Its multicultural and welcoming society is perfect for young and qualified professionals and graduates. The education, science, and technology sector has shown considerable growth in the last year and has helped boost employment rates.  Australia is one of the few nations close to a pure economy with free-market forces at work in most sectors. The place liberally permits and invites skilled workers, qualified academicians, and graduates worldwide.

As of 2021, Australia is the twelfth largest economy in the world by nominal GDP (Gross Domestic Product). The service sector heavily dominates the economy with the lion's share of 62.7% and employs about 78% of its working population, followed by the industrial and agricultural sectors.  The country has not been hit by recession in the last 26 years and has shown uninterrupted overall financial growth.

As per the National Bureau of Statistics reports, the Australian economy has bounced back in 2021 after the pandemic enforced restrictions. The GDP of Australia has been growing with an annual rate of 4.54 %, and it has reached the valuation of 1359.33 billion USD. The experts have stated that in the April quarter for the year 2021, the unemployment rate has been reduced to 5.5%.

The COVID-19 pandemic has specifically affected the personal services sector of Australia, including the accounting services industry, management consulting industry, and other technical services departments. However, recent growth suggests that the industry revenue is expected to increase at an annual rate of 1.8% between 2021-26. Finance, health services, and consumer goods retail are the emerging sectors in the market.

Cost of living in Australia

Australia currently has the 16th highest cost of living in the world. It is one of the liveliest cosmopolitan states globally, and its popularity amongst expats contributes to its high cost of living. Despite a recent boom in property rates, some of the cities in the country do offer an affordable cost of living. Adelaide and Hobart's city are comparatively the most affordable cities to live in Australia.

The cost of living on rent in Australia depends on the location and the size of the house. A one-bedroom apartment may cost you about A$ 1,642.69, depending upon the area. The rent is subjected to an increase depending upon the amenities available and the lifestyle desired.

The vast allocation of resources has resulted in different costs of living for different cities. Mercer's recent survey has recently declared that the Australian cities have witnessed a reduction in the cost of living, which is an amazing factor for individuals looking to relocate.

Mentioned below are details regarding the cost of living in the leading Tier 1 and Tier 2 cities of Australia.

The top sectors that are expected to hire in 2021 in Australia are: -

Australia has a free-market economy and is heavily dominated by the service sector. Consequently, it is keen on hiring skilled individuals and highly qualified professionals trained in various hard and soft skills. From high-level technicians to creative graphic designers, techie experts, and artistic minds, there are fantastic job opportunities available for all these skills.

Every city in Australia has its qualities, making them unique and suitable for certain industries/sectors. In addition, Australia is a beautiful country with many cities, and its diverse landscapes create special work opportunities for many enthusiastic immigrants and expats.

The cost of hiring is an extremely important facet for employers while conducting a recruitment process. You need to think about several factors before deciding to hire new personnel, such as:

The table below highlights the average salaries that are offered to employees in Australia according to different sectors:

Australia boasts of a highly regulated employment system with well-defined federal and state laws. Factors such as work hours, penalty rates, and overtime payment vary according to the industries. The National Employment Standards regulates the following employment aspects –

How Can Skuad Help You with Hiring in Australia?

Hiring the best talent in Australia is a complex process and demands a thorough understanding of the local laws, cost of living, cost of hiring, and several other essential aspects. Utilize Skuad’s unified employment platform as your one-stop solution for all intricacies involved in the recruitment process. You will save a significant amount of time and resources to focus on other productive channels. Connect with Skuad to know more.