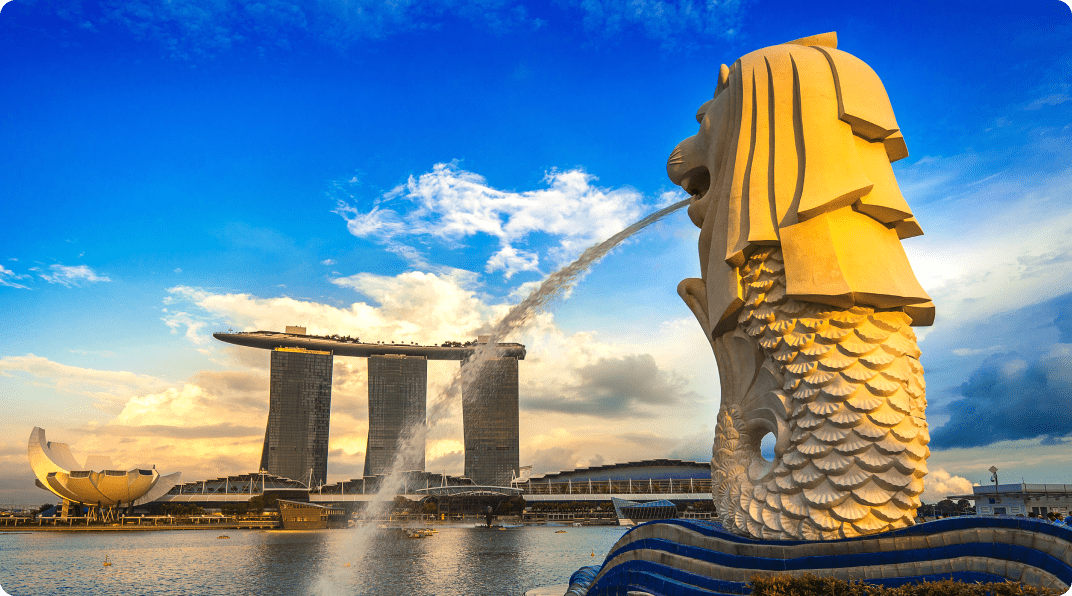 A small island nation to the south of the Malaysian Peninsula proclaimed fully independent in 1965 has risen to the greatest economic heights in the 21st Century. Key achievements of Singapore are -

Singapore is the most water-stressed country in the world. Hence, water is a precious resource for them. The country relies on rainfall to cover most of its water requirements. Dry spells can cause water shortages, but they have developed a water purification system called NEWater. It recycles the used water in 4 stages. This recycled water is safe to drink and is distributed to the drinking reservoirs of the city. But, it is mostly used by the industries.

The biggest skill gap faced by Singapore is the Data Skill Gap. As per a survey by Accenture and Qlik, 90% of employees in Singapore were able to recognize the importance of Data. But, only 26% of them are comfortable working with data. Others feel overwhelmed when applying their data literacy skills, i.e., reading, understanding, analyzing, and working with data.

The economy of Singapore has been ranked the most open economy by the World Economic Forum. It has the second-highest per capita GDP (PPP) in the world. Singapore is a leader in re-exporting goods after importing the raw materials and manufacturing the finished products. Since there is minimal arable land in the country, Singapore relies on agrotechnology for its food requirements. Singapore has the 2nd rank in the EODB index (Ease of Doing Business).

Along with this, Government-owned enterprises are also crucial for the economy of Singapore. Singapore is a major FDI outflow financer to other countries. The economy is focused on Human Resources and easing life with the incidence of technology. It was ranked second in the Scientific American Biotechnology rankings of 2014. Water scarcity has caused its fair share of concerns, but the economic giant has used technology to its strength and introduced NEWater. This technology recycles the used water and makes it drinkable. This has mostly solved the issue of water.

The economy of Singapore is based on value addition through various services and manufacturing processes. Hence the share of Agriculture in its GDP is minuscule. Singapore's economy is mainly driven by exports in electronics and machinery, financial & wealth management services, tourism, and the busiest cargo seaport in the world. The contribution to GDP by each sector is as follows:

A Brief Glimpse of Industries‍

Singapore's government is planning to emphasize the development of aerospace, creative industries, electronics, information technology, logistics and supply chain, medical technology, pharma and biotechnology, and business services. The government policies are focused on achieving the highest standards and becoming the global leader in these sectors.

The major industries in Singapore are:

The cost of living in Singapore depends on the region that you live in. The Urban Redevelopment Authority has divided Singapore into five major regions. These are Central, North, North-East, East & West regions. The Central Region is the most expensive while the North Region is the least expensive. The rent expenditure varies greatly among these regions. This can cause a dent in your budget.

A Breakdown of the Average Cost of Living in Singapore

The most expensive cost for you in Singapore is the Rental Cost. It can vary on an average between USD 1,400 - USD 4,000 per month. But it can go up to USD 7,000 if you wish to rent accommodation in locations like Orchard Road. Rent varies depending on the regions you are looking to live in. The Government of Singapore recognizes five regions:

As we have discussed the regions of Singapore, let's see the average monthly cost of living (in USD) for each of these regions.

Here's the list of industries that are hiring the most in Singapore in 2021. We have also shown the GDP contribution of these industries in the following table:

Top Skills to Hire in Singapore

The companies in Singapore are looking for candidates who can fit in the following roles in 2021:

Singapore in itself is a city. So it is tough to divide the job opportunities based on the regions of the city. But the industry-wise list of popular roles is as follows:

We can divide this cost into two parts:

Here are the highest paying jobs in Singapore in 2021 and the Average Salaries per annum in both USD & SGD.

The major law that governs employment in Singapore is the Employment Act. It limits the working hours for the population earning less than SGD 2,600 per month to a maximum of 8 hours a day and 44 hours a week. An employee cannot be asked to work for more than 6 hours without a break.

Other laws that govern the employment scenario are:

In 2022, many workers have become used to a flexible work lifestyle, and the number of workers looking for remote work is only increasing.

Here's a look at the evolution of remote work in Singapore over recent years across different industries:

● Media and Communications: Before COVID-19 started, only 2.2% of all job postings were remote. The current percentage has reached nearly 16% — a 582% increase.

The growing interest in remote work across marketing, HR, and media and communications is clear — and shows no signs of slowing down.

Another survey found that 41% of employees would give up a bigger bonus in exchange for the ability to continue working remotely — showing that many employees value a flexible work lifestyle.

Top Companies and Industries in Singapore

According to reviews on Glassdoor, the top five best companies for Singapore workers include:

Some of the most in-demand skills in Singapore include:

When looking for a new job, Singapore employees seem to focus slightly more on higher salaries and better benefits (70%) than on achieving a greater work-life balance (69%). Job security is another top priority, with 55% of people feeling more attracted to steady job opportunities.

While Singapore is one of the best and most thriving cities globally when it comes to its economy, such a fast-paced, demanding, and competitive landscape also means that the city is the fourth most overworked in the world, as recent surveys have uncovered.

This translates into a jaw-dropping 92% of Singaporean workers experiencing burnout, with around 30% seeking a career change to solve this issue.

How Can Skuad Help You in Hiring in Singapore?

Hiring in Singapore is a multi-faceted task requiring in-depth knowledge of the laws, trends, hiring costs, living costs city-wise, and more. Skuad comes onboard as a one-stop solution handling every minute aspect of recruitment. It gives you the freedom and time to focus on your project and expansion plans without any hiring stresses. Connect with Skuad Experts to know more.