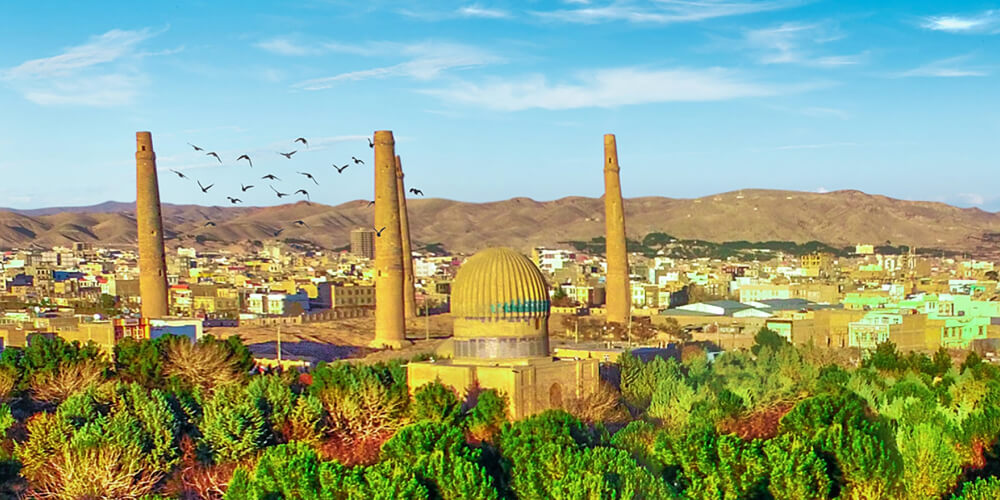 Afghanistan is one of the low-earning countries in the world and ranks 146th in the 2021 economic freedom list. The overall score of the nation is not above the world and Asia-Pacific regional average. Experts predicted that due to the COVID-19 pandemic, the economy of Afghanistan might shrink by 5.0%.

Most of the employable nationals enter the job market with little or no education. The country has a huge population compared to the available job opportunities. Hence, Afghanistan is a good place for hiring employees. The nation is looking for new jobs in healthcare, finance, real estate, technical, management, and other related industries. The Asian Development Outlook (ADO) predicts a rebound of up to 3.0% in 2021 and 4.0% in 2022. Nearly 40% of the companies in Afghanistan report that they face a talent gap due to the unavailability of resources.

‍Afghanistan’s economy suffered a decline due to the COVID-19 pandemic. However, various financial models and experts suggest that the economy will witness a rebound of 3% in 2021 and 4% in 2022. According to the Asian Development Outlook (ADO) 2021, inflation is supposed to come down to 5% in 2021 from 5.6% in 2020.

‍Frequent war and turmoil disrupted the country’s economy. It is difficult to present any definite data of Afghanistan’s demography. Most statistics and models use an average value/figure to predict and form various models. The country has one of the lowest GDP per capita and has lower exports than imports, resulting in a trade balance deficit. Most of the natural mineral resources of Afghanistan have not been tapped. The estimated growth in GDP is a good sign for companies looking to invest in Afghanistan. The high unemployment growth shows that the country looks forward to furthering industrialization. However, the country needs to set up vocational institutes and contribute more to education to bridge the existing talent gap.

Before a company extends its services and employment scenario to a country, the cost of living is significantly important. The cost of living index provides an idea of the average expenses of a person that is needed to survive in a specific country. This cost takes into consideration a variety of expenses, such as food, shelter, transportation, childcare, clothing, healthcare, entertainment, and miscellaneous expenses. Comparing the cost index before moving or expanding is a good idea. The price of a commodity or a service varies from place to place. Accounting for such expenses is necessary before any major decision.

For an idea of the average cost of living in Afghanistan, refer to the table below.

From the data and statistics available, the estimated average cost of living in Afghanistan is USD 375 and is ranked 195th out of 197 nations based on the same.

The average monthly renting cost for a 900 sq ft. furnished accommodation is USD 401.36. The renting cost may vary depending on the area. The estimated figure is 1.96 times less expensive than the world average. However, the estimated cost of living is higher than the average salary after taxes.

Experts and analysts say that the economy of Afghanistan is dynamic and is a developing low-income economy. The country has followed the foundations of a traditional economy for decades. Due to the constant war and turmoil, Afghanistan’s economy has a high long-term economic risk. However, the economic risk is lower than other conflicted states, such as South Sudan, Syria, and Yemen. The unemployment rate of Afghanistan is considered to be on the broader spectrum. According to the official data of the ministry of labor and social affairs, more than 1.8 million eligible workers in Afghanistan are unemployed. Thus, the country is open to industrialization, and companies can benefit from the situation. The major industries contributing to the GDP of Afghanistan are mentioned in the table below, along with their respective contribution to the GDP.

Top Skills Based On the City and Occupation

Most of the notable companies of Afghanistan are located in the capital city of Kabul. The city hosts large companies in the finance, entertainment, telecommunication, airline, construction, production, publishing, and transportation sectors.

It is wise to calculate the average hiring cost per employee before starting the process. It might seem that hiring does not have any additional costs. However, there are some major expenses tied to the process. Some companies have an in-house HR department, whereas others outsource the HR talent. The former can prove to be expensive. According to MIT Sloan’s research, an average company loses anywhere between 1% to 2.5% of its total revenue.

When this expense is charted and calculated, it amounts to a lot. Most companies prefer to spend the additional cost towards the company’s workings. Hence, they outsource their HR team from global firms like Skuad to handle the complete recruitment process.

The table below depicts the average salary a person can expect in Afghanistan based on their industry.

How Can Skuad Help You With Hiring In Afghanistan?

Before any hiring process, a company needs to set up an HR department and be well-versed with the employment laws, minimum wage, living costs, and other regulations. The hiring process comes with additional costs. The expenses can incur a loss and need to be controlled. To save time and money, outsourcing HR services proves to be a good solution. Doing so helps you save time and focus on your company’s primary workings and services. Connect with Skuad experts to save time, effort, and money today!