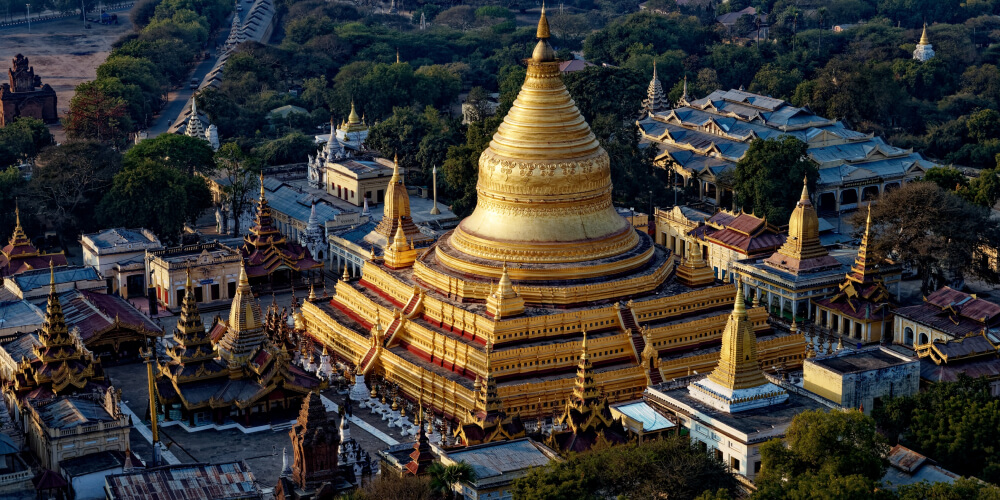 Myanmar has many millennials, with the median age being 29 years.

Being the largest country in the region, Myanmar is relatively poor when compared to its neighboring nations. The government has taken several steps to boost industrialization and modernization, yet most workers in the country earn from agriculture and related industries. The government is also planning to promote tourism and employment to fetch various job opportunities for the median population of the country. Lack of an educated workforce, skilled labor, and modern technologies are one of the biggest hurdles for the nation’s economy.

As mentioned above, the majority of income in Myanmar is generated from the agricultural industry; rice accounts for 97% of the total food production in Myanmar. According to the IRRI or (International Rice Research Institute), more than 52 different rice variants are produced and exported from the nation. The country also produces a significant amount of sugar, rubber goods, textiles, light industry, metals, oil, and gas.

It is the only field where the country has excelled when compared to its neighboring countries. Myanmar has a healthy literacy rate of 89.9%, which will help the country to emerge as a developed nation in the future. One of the key problems for the government is that most of the well-educated youth from the country move to foreign countries for better jobs and pay scales, leaving behind unskilled labor.

Healthcare is pretty expensive in Myanmar, and most importantly, it is quite limited to cities. The development of rural health care has been one of the key challenges for the government. It ensures the citizens that they will soon upgrade rural hospitals with modernized technologies and equipment.

With a high literacy rate and sufficient education systems, the economy of Myanmar is slowly coming back on track. Most of the local companies in the country are engaged in construction, renewable energy, tourism, and catering industries. Recently, the World Bank reports also showcased that the SMEs or small- and medium-scale enterprises account for 80% of job opportunities in Myanmar.

Here are some of the top or hottest industries expected to hit the market hard shortly.

Every year Myanmar produces 6 million crude oil barrels alongside 700 billion cubic feet of natural gas from off-shore drills. The oil and gas industry employs a lot of workforce from both Myanmar and international countries. The sector also drives a lot of FDI or Foreign Direct Investment which helps in boosting the GDP of the country.

The economy of Myanmar is now the fastest growing economy in Southeast Asia. Most of the FMCG companies in Myanmar are expanding their business in rural and urban regions. Sales and related jobs like customer service and communication are becoming an ideal source of income for the majority of the median population in Yangon and neighboring cities.

The government of Myanmar is putting in all its efforts to build robust infrastructure, which will help the government attract and provide full support to multi-national companies. The government is also planning to launch special economic zones, which means there will be a high demand for civil engineers.

With the majority of the population in the country being young, social media is becoming an immensely popular sector for youth to find various job opportunities. The majority of advertising needs in the country are satisfied by physical events, and digital marketing is rapidly finding its way.

IT Support and Software Development

Some of the common laws in Myanmar include section 5 (a) employment and skills development law. All the companies have to enter into written contracts with employees within 30 days of employment. It is suggested to complete all the legal paperwork before hiring to safeguard its rights and the brand.

How Can Skuad Help You Hire In Myanmar?

Skuad is the leading Employer of Record partner who can help you in hiring best-in-class employees in Myanmar. Its unified employment solution helps with all the legal formalities and foreign exchange returns which means the only thing you need to worry about is expanding your business. Get in touch with Skuad right now to boost your sales by hiring in Myanmar. Connect with Skuad experts today!